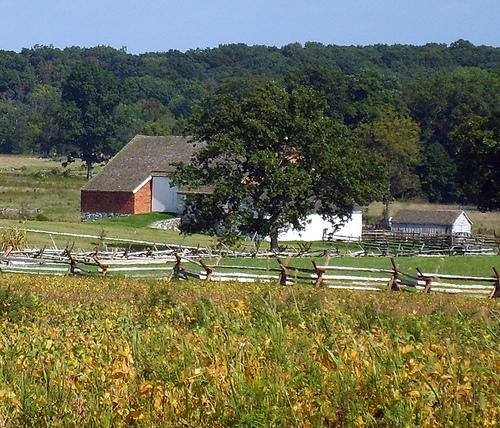 The Skinny on Farm Subsidies and Obesity

To make real, lasting improvements in our food system, we have to get to the root of the problem.
By Wenonah Hauter, Carmen Rita Nevarez | October 31, 2011

Obesity has reached epic proportions in the United States and its price tag is soaring.

With one-third of adults and more than 12 million children and adolescents obese, the direct and indirect medical costs of this scourge total as much as $147 billion a year.

The nation’s increasingly poor diet, packed with processed and fast foods, is driving this epidemic. This is leading many media commentators to blame government subsidy payments to farmers who grow crops like corn and soybeans. But this just isn’t true.

While it’s convenient to blame America’s ever-expanding waistlines on subsidies, a recent paper from our organizations shows that blame actually lies squarely with the corporations that lobbied for the end of good policies that once kept prices and production in check. 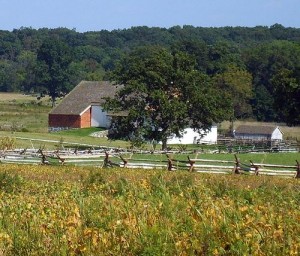 Now, with the federal budget deficit developing some alarming bulges of its own, Congress says it’s putting the budget on a diet. Direct payments to farmers that grow commodity crops like corn and soybeans are on the cutting board.

Some public health and environmental advocates believe that simply spending the government dollars on apples and broccoli instead of commodity crops would make the country healthier. But it’s not that simple.

To make real, lasting improvements in our food system, we have to get to the root of the problem. That means tackling the overproduction of corn, soybeans, and other commodity crops, the out-of-control marketing of junk food, inadequate access to healthy food in many communities, and consolidation in the food industry.

Overproduction isn’t a new problem. In the 1920s, agriculture policies encouraged farmers to idle some of their land so they wouldn’t overproduce, and established a national grain reserve, much like the Strategic Petroleum Reserve we have today. It kept overproduction in check and prevented crop prices from skyrocketing during times of drought or plummeting during times of surplus. Plus, stable commodity prices functioned like a minimum wage for farmers.

Beginning in the 1980s, big food corporations mounted a strong and successful lobbying effort against these policies. By the mid-1990s, all the supply management and price support protections were gone, which led many farmers to overproduce. The resulting collapse in prices left many on the brink of bankruptcy. To deal with the terrible prices farmers were receiving for their crops, Congress started making “emergency” payments to farmers. The subsidy system we know today was born. And the nation’s obesity problem emerged.

Ending farm payments won’t stop the production of corn and soybeans. But it could force smaller and midsized farmers to sell their land to larger farms, which would consolidate our food supply even further. These family farms are our best hope for rebuilding a healthier food system focused on regional distribution and providing new markets for fruits and vegetables.

But for them to flourish, we need farm policies that ensure that farmers get a fair price for their crops, poultry, dairy products, and livestock, and that antitrust and competition policies are enforced. Only then will all types and sizes of farms and food processors be able to compete in a fair marketplace or to shift to a more diverse mix of crops.

Undoing the damage inflicted by corporate-driven deregulation will go a long way towards building an agriculture system that is healthier for both consumers and those who grow our food.

We can also provide Americans with healthier foods by reforming the way food is marketed, enforcing anti-trust laws, helping farmers diversify their production, protecting existing federal nutrition programs such as food stamps, and increasing access to fruits, vegetables, and other healthy food in underserved communities.

Ultimately, ensuring that farmers get a fair price for the food they produce and putting the food system’s corporate fat cats on a diet is our best bet for a healthier future.

Wenonah Hauter is executive director of Food & Water Watch and Carmen Rita Nevarez, MD MPH, is a vice president at the Public Health Institute and past-president of the American Public Health Association. Their paper on whether farm subsidies cause obesity is online at www.foodandwaterwatch.org.