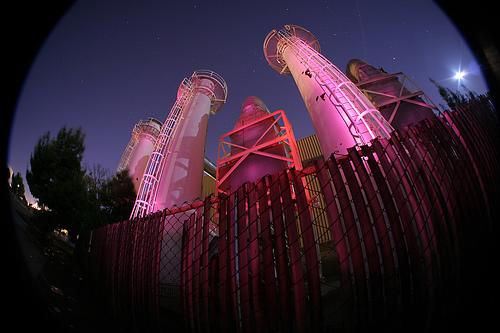 The State of the Military-Industrial Complex Is Strong

If weapons orders get diverted, so do campaign contributions.
By William A. Collins | May 21, 2012

What can you do with a bunch of used generals? If you keep them active, they need new assignments. These can be expensive. But if you let them retire with fat pensions, they’ll go to work for arms producers, lobbying for more weapons and more wars. Either way citizens pay through the nose.

Congress is even more costly. Seemingly sensible lawmakers turn to Jell-O when weapons contracts are at stake. In my tiny state of Connecticut, we happen to make nuclear submarines, the blunderbusses of modern warfare. Their main job seems to be running onto reefs and colliding with fishing boats. We have too many now, but we can’t stop making them because jobs and profits (and elections) will be lost. 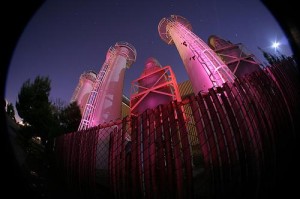 Consequently, the United States, like the Sorcerer’s Apprentice, can’t find the “off” switch on weaponry. Lockheed Martin, Boeing, General Dynamics, Northrop Grumman, General Electric, etc. hire regiments of both lobbyists and lawmakers to keep those contracts flowing. And woe betide the politician, even a president, who tries to stem the current. If weapons orders get diverted, so do campaign contributions.

Nor do all those unneeded arms just fill American armories. If political necessity forces cutbacks here at home, we sell abroad. Saudi Arabia is our best customer. They have both lots of money and a grumbling population. Other oil-bearing nations like Bahrain, Qatar, United Arab Emirates (UAE), Oman, Nigeria, Equatorial Guinea, and Mexico are also happy to load up with our guns. We cheerfully supply 30 percent of the world’s trade in conventional weapons. In many cases, including with Egypt and Honduras, we give them away or provide the financing. Foreign aid, it’s called.

And let’s not forget our vastly expensive nuclear arsenal. Nukes are even easier to disguise in the budget than guns because everything about them is classified. We sign treaties to reduce our stockpile, but then engage in a great shell game to hang onto all the same bombs simply by putting them in different categories. A few get dismantled but more get “maintained” and “refurbished.” In any case, the nuclear “laboratories” that create and nurture them steadily maintain full employment and buoyant revenues. Besides, what do you do with a dismantled atom bomb? Sell it on eBay? Somebody’s got to hover over it for the next thousand years.

And as tanks and aircraft carriers finally do slow down, new weapons emerge. Like drones. They’re taking over our wars now and we’re even selling them to other countries.

A new round of mercenaries is emerging too. The disgraced Blackwater club is alive and well and still replacing our soldiers in the field. The troops may be gone from Iraq, but the mercenaries remain. Who do you think is protecting that giant white elephant embassy? Rambo, that’s who.

We shouldn’t forget our local cops either. Last year the Pentagon gave away $500 million worth of armored vehicles, grenade launchers, and other leftover military gear to municipalities. Our police departments are getting much more militarized now that they face the pacifist Occupy movement. Armed criminals don’t worry them, but peaceful social protest is scary.

In short, the military-industrial complex remains robust. Its employment is huge, its profits gigantic, and its salaries staggering. If you’ve been listening to the Republicans in Congress, you may have thought that food stamps were busting our budget. Well, no. It’s the Pentagon. And the greatest menace to our national security isn’t al-Qaeda. It’s our own military excesses.