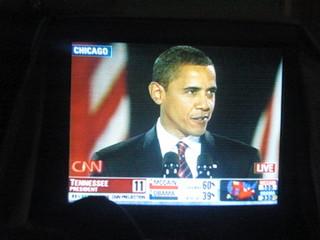 There's no media bias in citing facts about Obama's record.
By Jason Salzman | May 21, 2012

When you ask conservatives for proof of the “liberal media bias” they are so concerned about, you often get a response along the lines of, “The media are liberal because we say so! It’s obvious.”

So I was happy to find a case where the familiar band of conservatives was saying they had actual proof, hard evidence, of how the media favors the other side over their own.

Their evidence? An introduction to a speech by President Barack Obama.

William Dean Singleton, the outgoing chairman of the Associated Press, introduced Obama prior to a recent speech before hundreds of journalists in Washington.

“He inherited the headwinds of the worst economic recession since the Great Depression,” Singleton said. “He pushed through Congress the biggest economic recovery plan in history and led a government reorganization of two of the big three auto manufacturers to save them from oblivion. He pursued domestic and foreign-policy agendas that were controversial to many, highlighted by his signature into law of the most comprehensive health care legislation in history. And the budget plans proposed by the president on the one hand, and Republicans on the other hand, aren’t even on the same planet.” 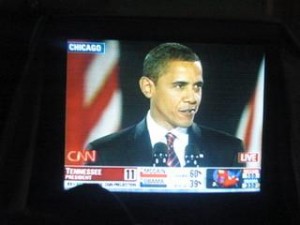 Do you see anything so offensive in what Singleton said? All I see is facts.

Yes, there was big recession. Yes, he saved two of three auto companies. Yes, his agenda was controversial and distinct from the GOP agenda. And yes, his economic recovery plan was one of the biggest in U.S. history.

Everything Singleton said was factual. It may be true that he wasn’t being balanced, but Mitt Romney was on deck to address the same group of journalists the next day.

Besides, are you really going to recite the leader of the free world’s failures after he’s doing you the favor of speaking to your luncheon? That’s rude.

But conservative media critics saw Singleton’s introduction as evidence of the liberal bias that they see everywhere in professional journalism, from The New York Times to CBS News and beyond.

“I’m surprised Singleton wasn’t wearing an Obama button,” Fox News’ Bill O’Reilly said about Singleton’s introduction. “I mean, come on. The president understands that most in the media will back him.”

Conservative Washington Times columnist Charles Hurt wrote that Singleton sang Obama “an icky love song in which he reminisced about all their hot dates and then pledged his undying love forever.” Actually, Singleton told anecdotes about Obama speaking at previous luncheons.

Singleton ended his introduction of Obama by saying that these days “the only thing anyone seems willing to compromise on is….well, I can’t think of anything.”

Here’s a suggestion, and it goes out to conservatives and progressives alike:

Let’s agree to acknowledge the facts.

When a journalist says something like Obama saved two of the three big U.S. automakers and he came into office during the worst recession since the Great Depression, let’s not cry media bias.

Let’s call those facts and honor them as such, so we can have an honest debate about what we truly disagree on.