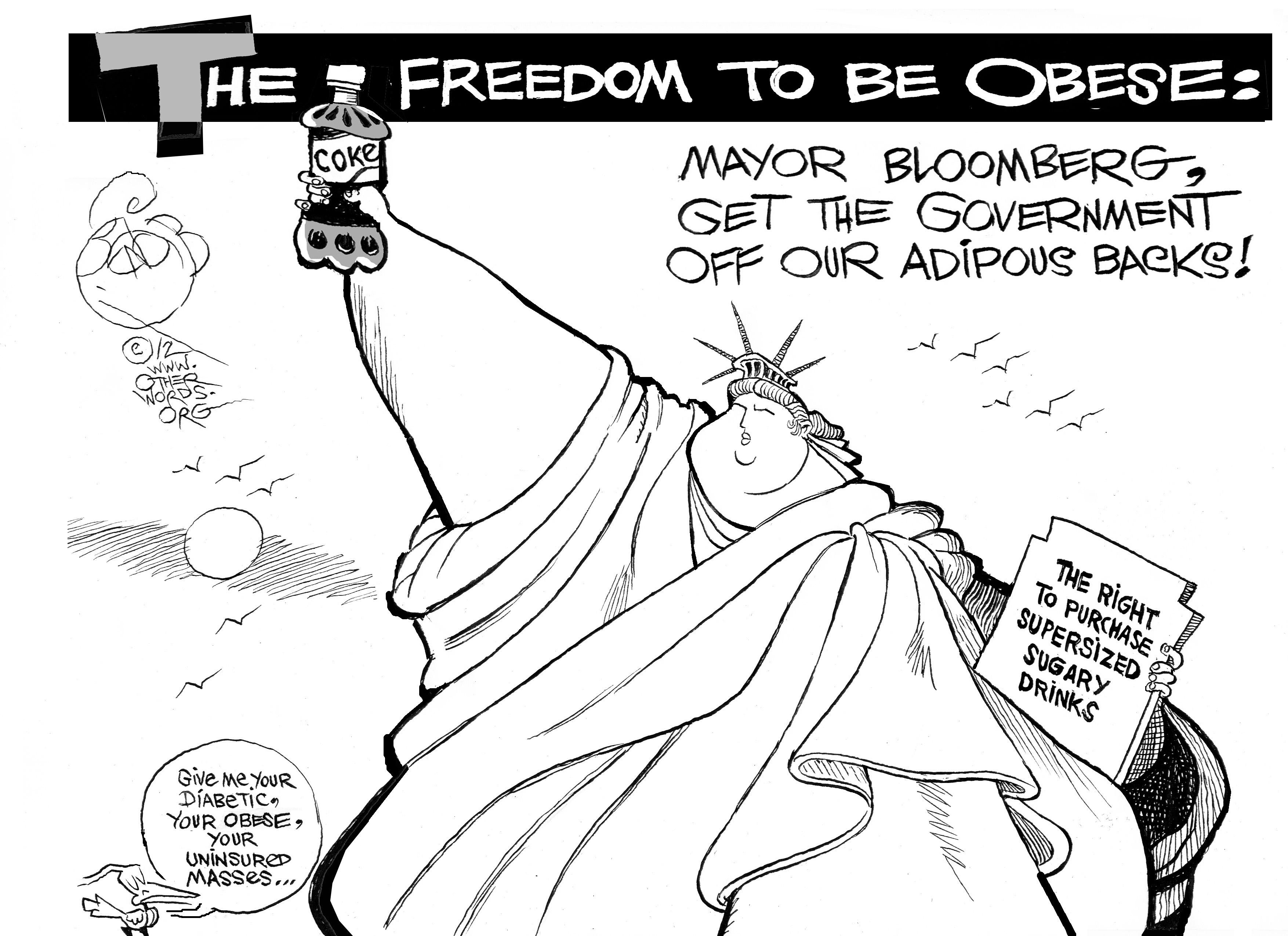 The War on Soda Pop

We're famous for embracing the freedom to do the wrong thing, as often as we please.
By Donald Kaul | July 16, 2012

New York City, ever the leader in healthy living, is about to ban the sale of super-sized sodas and other sweetened drinks by its restaurants, movie theaters, and street carts.

As part of a continuing campaign against obesity, it’s going to prohibit beverage containers bigger than 16 ounces.

“Obesity is a nationwide problem, and all over the United States, public officials are wringing their hands saying, ‘Oh, this is terrible,'” said Mayor Mike Bloomberg. “New York City is not about wringing your hands; it’s about doing something.”

Good luck with that, Mayor.

On the one hand, the ban seems a little like passing a law against shoving beans up your nose. I mean, really. Do we have to make stupid actions illegal before people stop doing them?

Apparently so. Recent studies have found that as many as two-thirds of New Yorkers are overweight, with a third of them classified as obese. (And the numbers for the rest of the country are no better.) Part of the reason is that people are encouraged to buy heavily sweetened soda in containers the size of fire buckets. 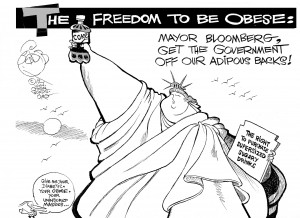 Under the new law, if someone wants to wash down his or her double cheeseburger with 32 ounces of Pepsi or Coke’s finest, they’ll have to buy two 16-ounce servings.

And if that doesn’t sound like a big deal, it’s because it isn’t. But it will make people — and especially kids — think twice before doing something really dumb. After that, they’re on their own.

On the other hand, as much as I hate to admit it, there’s something almost un-American about forcing people to do the right thing. We’re famous for embracing the freedom to do the wrong thing, as often as we please.

Conservatives are particularly vociferous about this. The ban on supersized sweet beverages is another example of the “nanny state,” they say, the government thinking that it knows best.

As one college student, with the clarity of mind typical of college students, told The New York Times in response to the proposed ban: “If people want to drink 24 ounces, it’s their decision.”

What’s next, conservatives ask? Loudspeakers mounted in public parks so that the government can lead mass exercise drills? That’s North Korea, not us. 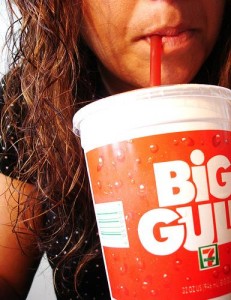 On the third hand, how is forcing people to do the right thing un-American? We do that all of the time. We pass laws to make people wear seat belts and motorcycle helmets and strap small children into car seats. We prohibit them from buying drugs we think are harmful to them, we limit their freedom to smoke in public and private spaces. We’ve even made suicide illegal in most places (although that seems to me a classic case of locking the barn door after the horse is way gone).

On the fourth hand, the problem with granting people the freedom to act in self-destructive ways is that the damage they do isn’t just to themselves. The societal costs of obesity, for example, are enormous in terms of health care costs, insurance premiums, and lost productivity.

On the fifth hand, how much choice do we really have anyway? The advertising industry has become so adept at invading our minds and manipulating them to its ends that the concept of “free choice” has become a mockery.

From the time they are tykes, children are bombarded with messages that sweet is not merely good but the only good. Frosted cereal, syrupy drinks, and candy treats make up a good share of the foodstuffs advertised on kiddy shows. By the time most kids get through kindergarten, they are brainwashed.

New York is simply trying to give those brains a light rinse.

After all, who would really choose to be obese?