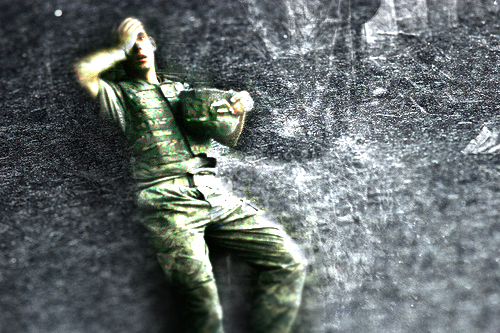 These Boots Were Made for Waiting

Delay and denial are standard operating procedures when it comes to how the government cares for vets.
By William A. Collins, Emily Schwartz Greco | December 10, 2014

Heads are finally rolling because of the Department of Veterans Affairs’ assorted waitlist scandals.

Some 1,000 or more workers may lose their jobs over chronic bottlenecks and fake waitlists, VA chief Robert McDonald disclosed shortly before Veterans Day. Then, nearly seven months after her name landed at the heart of this scandal, Phoenix VA Director Sharon Helman finally got the ax (though not before collecting $90,000 more in salary).

It’s hard to sympathize with this woman. Under her watch, VA hospital bureaucrats in Phoenix directed their staff to compile fake waiting lists to pretend that vets were getting the medical treatment they needed before it was too late. Often they didn’t.

When some vets died awaiting care, whistleblowers like scheduling clerk Pauline DeWenter say, staff members were ordered to manipulate records to hide the truth. The VA’s inspector general has confirmed that outrage.

But the problem runs deeper than the VA’s chronically bad care delivery, bumbling mismanagement, and a gaggle of malicious bureaucrats.

War is expensive to wage, and it takes a lot of money to heal physical and psychological wounds. Unwilling to face up to the true costs of modern warfare, the government has systematically tried to weasel out of covering the full costs of care for injured and ill veterans for decades.

Consider the years of delay veterans endured before the government finally started to address its Agent Orange problem. More than a third of the 7.4 million Americans who served in Vietnam between 1962 and 1971 were exposed to that defoliant.

Many of them got sick and had to fight hard to get any help at all. A few legal battles continue over which military units qualify for coverage and which don’t.

Over time, the government has reluctantly conceded that using the herbicide as a weapon poisoned many U.S. troops. But don’t expect Uncle Sam to just admit that outright. Not only could it make the government liable for more damages, but it could also lend credence to war crimes charges from the Vietnamese, for whom the toll was far greater.

In addition to Agent Orange exposure, many Vietnam vets came home with PTSD and wound up being ousted from the service under less than honorable conditions because of it. Prior to being shown the Obama administration’s door, Pentagon chief Chuck Hagel successfully established a rule mandating “liberal consideration” for the correction of old military records.

All told, some 80,000 Vietnam vets who suffered from PTSD before the military formally recognized the condition in 1980 may finally qualify for multiple benefits they were previously denied. It’s wonderful that Hagel, a Vietnam vet himself, accomplished this feat during his troubled tenure.

Meanwhile, veterans from more recent conflicts are waging other battles on the home front.

For example, there’s the suffering of the people who took part in our nation’s first military foray into Iraq — a condition often called Gulf War Syndrome. More than 20 years later, the government is only gradually accepting that their plight is real.

The latest battle centers around the various lung disorders suffered by veterans of the Iraq and Afghanistan wars. Those illnesses are probably linked to the military’s general reliance on massive and toxic burn pits to do away with all kinds of trash, including wrecked Humvees.

The VA finally responded this past summer to the thousands of concerns and complaints by launching a registry to log them all.

These fights are bound to continue for years. Why?

Because as long as we delude ourselves about the true cost of war, delay and denial will be the government’s standard operating procedures when it comes to caring for vets.

Emily Schwartz Greco is the managing editor of OtherWords, a non-profit national editorial service run by the Institute for Policy Studies. OtherWords columnist William A. Collins is a former state representative and a former mayor of Norwalk, Connecticut, as well as a past board member of Veterans For Peace. OtherWords.org.