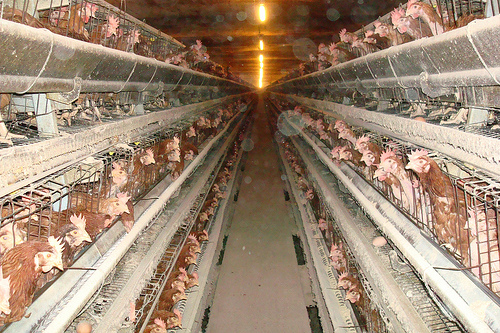 These Laws Make Me Want to Gag

States are adopting laws meant to keep consumers in the dark about where their food comes from.
By Will Potter | February 20, 2013

Do you have a right to know where that steak on your plate came from?

Should it be legal to photograph chicken farms and dairy cows?

Big Agriculture says you don’t and it shouldn’t. Armies of Big Ag lobbyists are pushing for new state-level laws across the country to keep us all in the dark. Less restrictive versions have been law in some states since the 1980s, but the meat industry has ratcheted up a radical new campaign.

This wave of “ag-gag” bills would criminalize whistleblowers, investigators, and journalists who expose animal welfare abuses at factory farms and slaughterhouses. Ten states considered “ag-gag” bills last year, and Iowa, Missouri, and Utah approved them. Even more are soon to follow. 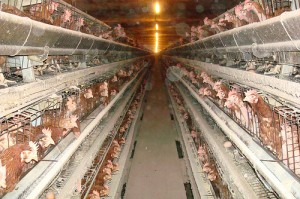 Had these laws been in force, the Humane Society might have been prosecuted for documenting repeated animal welfare and food safety violations at Hallmark/Westland, formerly the second-largest supplier of beef to the National School Lunch Program. Cows too sick to walk were being slaughtered and that meat was shipped to our schools, endangering our kids. The investigation led to the largest meat recall in U.S. history.

More recently in Wyoming, video footage showed workers at a Tyson supplier kicking live piglets and pummeling mother pigs. The film led to criminal charges against nine employees, including two managers. In Pennsylvania, an investigation of a major regional egg supplier, Kreider Farms, showed decomposing birds packed into cages among the living. Other hens had their heads stuck in cage wire and were left to die.

Big Ag wants to silence whistleblowers rather than clean up its act. Ag-gag bills are now pending in Pennsylvania, Arkansas, Indiana, Nebraska, and New Hampshire. Similar legislation may crop up in North Carolina and Minnesota.

The bills aren’t identical, but they share common language — sometimes even word-for-word. Some criminalize anyone who even “records an image or sound” from a factory farm. Others mandate that witnesses report abuses within a few hours, which would make it impossible for whistleblowers to secure advice and protection, or for them to document a pattern of abuses.

Indiana’s version of this cookie-cutter legislation ominously begins with the statement that farmers have the right to “engage in agricultural operations free from the threat of terrorism and interference from unauthorized third persons.”

Yet these bills aren’t about violence or terrorism. They’re about truth-telling that’s bad for branding. For these corporations, a “terrorist” is anyone who threatens their profits by exposing inhumane practices that jeopardize consumer health.

It’s too early to tell how many of these bills stand a chance of passing. But ag-gag supporters have no shortage of wealth and political influence.

As a journalist, I’m worried about what these bills mean for freedom of the press. And the investigators and whistleblowers I have interviewed are deeply concerned about their own safety and freedom.

Ag-gag bills aren’t about silencing journalists and whistleblowers. They’re about curbing consumer access to information at a time when more and more Americans want to know where our food comes from and how it’s produced.

The problem for corporations is that when people have information, they act on it. During a recent ag-gag hearing in Indiana, one of the nation’s largest egg producers told lawmakers about a recent investigation. After an undercover video was posted online, 50 customers quickly called and stopped buying their eggs. An informed public is the biggest threat to business as usual.

An informed public is also the biggest threat to these ag-gag bills. In Wyoming, one of the bills has already failed. According to sponsors, it was abandoned in part because of negative publicity. By shining a light on these attempts, we can make sure that the rest fail as well, while protecting the right of consumers to know what they’re buying.

Will Potter is a journalist based in Washington, DC. He is the author of Green Is the New Red, which documents corporate attempts to silence environmental activists.
Distributed via OtherWords. OtherWords.org