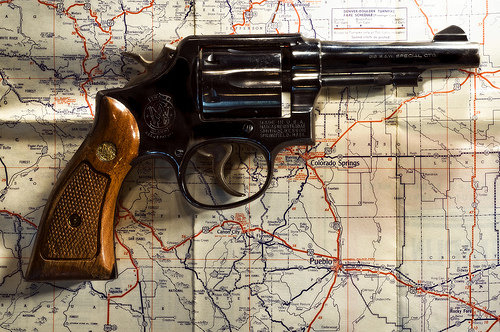 They’re Coming to Take Your Guns! Not.

Colorado has emerged as ground zero for the national debate about gun safety. Democratic lawmakers here in my state are considering a set of gun safety bills, some of which mirror gun the legislation under consideration in Congress. These include a measure to require background checks on all private gun purchases and another proposed law limiting ammunition cartridges to 15 rounds.

This legislation wouldn’t take a single gun away from a real person. Yet, by the reaction of some gun–rights proponents, you’d think the government was on the verge of confiscating every firearm in Colorado — where a mass shooting in a movie theater last summer ignited a debate about gun laws that was fueled further by the Sandy Hook massacre.

During one debate at the Colorado Capitol, for example, a state legislator compared banning some ammunition magazines to putting Japanese-Americans in internment camps during WWII. 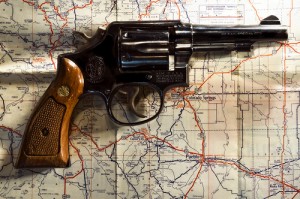 State Rep. Kevin Priola, a Republican, equated the “freedom” you lose when a wave of bigotry lands you in jail to the “freedom” lost when concerns about gun safety spawn legislation banning large-capacity magazines.

Forget the fact that Priola would still have his small-capacity magazines, plus his guns, not to mention his actual freedom.

Another state lawmaker said on the radio that in Colorado, it’s getting “so close” to the point where he’ll be having his gun pried away from his “cold, dead hands.”

Gun proponents even flew a plane over the state Capitol with a banner carrying a message for Colorado Governor John Hickenlooper, “Hick, do not take our guns.”

Again, taking guns away isn’t on the table at the Colorado Capitol, and that’s what Hickenlooper told Denver’s local NBC –TV affiliate: “There’s a plane flying around that’s saying, ‘Hick, don’t take our guns.’ Well, here’s the answer: we’re not taking any guns,” said the governor.

To cut through the empty rhetoric, local NBC-TV news reporter Brandon Rittiman added a factual clarification that most reporters covering the gun debate in Colorado did not include in their coverage:

He added, simply, “nobody would have to give up a gun they currently own under the proposals.”

This is the kind of reporting we need when gun safety legislation is on the table, both at the state and federal level.

For the sake of civil debate, reporters should counter the overheated rhetoric of pro-gun activists with cool facts.

Because if there’s one thing you know if you know about pro-gun activists, it’s that they exaggerate even the mildest gun safety proposals. They’re not all so extreme, but you can certainly expect to hear some — including elected officials here in Colorado — claiming that any gun-safety measure is about confiscating guns from law-abiding citizens.

The state’s trailblazing gun legislation now awaits Hickenlooper’s signature. Along with four other bills awaiting the governor’s approval, this one could easily wind up serving as a model for other states and the entire nation. If so, let’s hope reporters counter the wild rhetoric of gun proponents with the facts about what gun-safety bills would actually do.