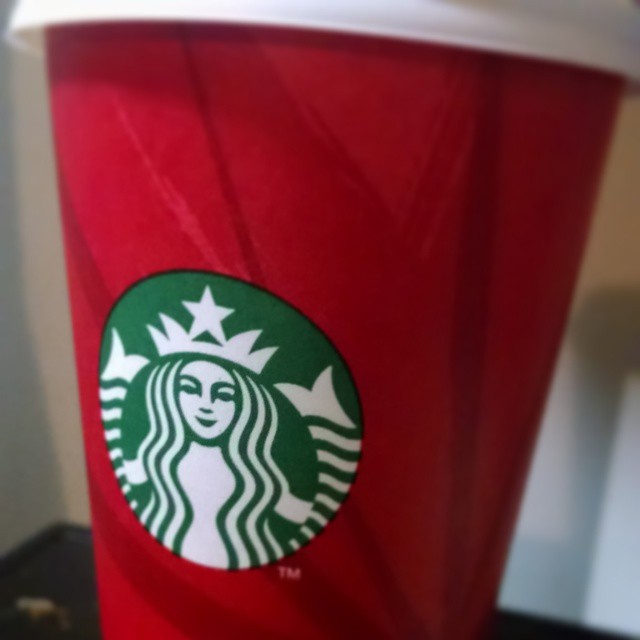 They’ve Got the Red Cup Blues

Griping over Starbucks is no way to share the Christmas spirit.
By Jill Richardson | November 18, 2015

‘Tis the season to bicker about Starbucks coffee cups.

Nothing gets you in the holiday spirit like a chill in the air, Christmas songs in every store, and anger about a phony “War on Christmas.” Clearly, love for one another, world peace, and the Christian faith itself all ride on whether a chain that sells overpriced coffee prints an appropriate design on its red cups.

Honestly, this griping over coffee cups couldn’t be any less in the Christmas spirit than the Grinch himself.

If you’re living under a rock and haven’t heard yet, Starbucks released a simple red cup as its holiday design this year, with nothing on it besides the company’s green and white logo. A few Christians got steamed because the cups don’t display the reindeer or snowmen they did in previous years.

Because reindeer and snowmen are sacred religious symbols, of course. 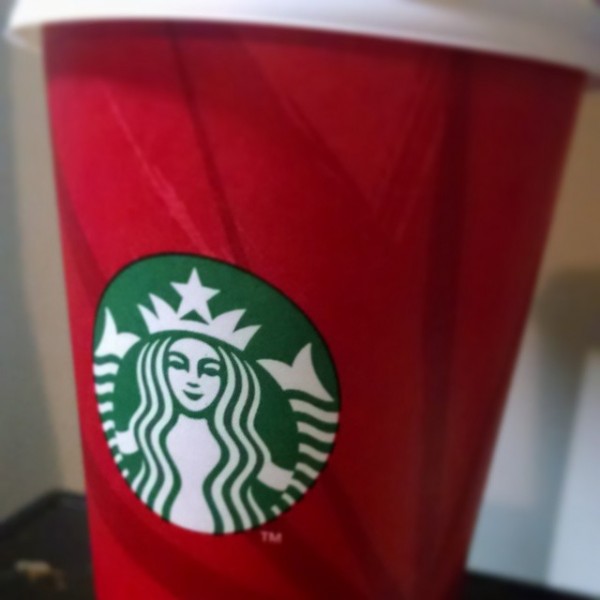 Even Donald Trump felt the need to comment on the sacrilegious design. “Maybe we should boycott Starbucks,” he suggested. “I don’t care.” (Bizarrely, he added that he has “one of the most successful Starbucks in Trump Tower.”)

Meanwhile, viral videos are circulating of Christian customers pranking Starbucks by ordering coffee and telling the barista their names are “Merry Christmas.” That way, the server will have to write the holiday greeting on the cup.

Good going there. Your devotion is so strong that you just splurged on a cup of lousy coffee from a corporation you believe offended your faith.

If your holiday traditions must involve coffee, but don’t require downing a Peppermint Mocha, how about expressing the Christmas spirit in another way?

For example, you could buy a cup of coffee and a breakfast pastry for a homeless person. Or purchase gift cards to a local coffee shop and give them to people facing economic hardship so they can order what they like themselves.

Or you could give loved ones gifts of fair trade coffee, ensuring that the farmers who grew their beans were compensated fairly. Better yet, make that fair trade and organic.

And for the tree hugger who enjoys a morning buzz, give them reusable mugs so they can avoid those offensive red cups altogether. Get one with any Christmas messages or symbols of your choosing, allowing you to save the earth and celebrate the season at the same time.

Another alternative is to just skip the coffee altogether and focus instead on what matters most this time of year and always: family, friends, and love for one another.

When all is said and done, it’s the time spent together that matters, whether your tradition is trimming a tree and eating a turkey or ham, lighting a menorah and eating latkes, or doing something else entirely.

The gifts you and your family give one another in unconditional love will be more meaningful and outlast any present tucked under the tree on Christmas morning — or any ridiculous fight over red coffee cups.

And for the faithful, surely the strength of your belief doesn’t rest on getting validation from a corporation — which is now reaping the benefits of the extra publicity it’s unexpectedly received.