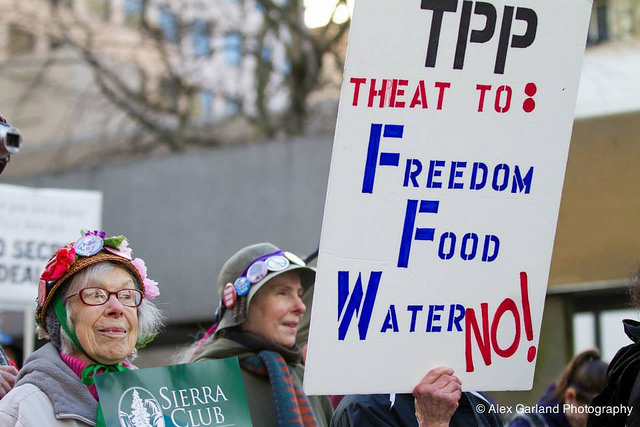 This Trade Deal Will Make You Sick

Food is more than just what we eat. It connects us to each other and our environment. And how we treat it is of tremendous importance to our democracy.

Right now, the future of our food is being decided behind closed doors.

The Trans Pacific Partnership (TPP), a massive trade and investment deal being negotiated by the United States and 11 Pacific Rim countries, treats food as just another global commodity to be traded and exchanged. This approach completely overlooks its vital importance to human life.

President Barack Obama is calling on Congress to give him “fast track” authority to move along the TPP quickly, as well as a similar pact with the European Union. This would empower him to hastily conclude the deals without giving Congress time to review or revise them. 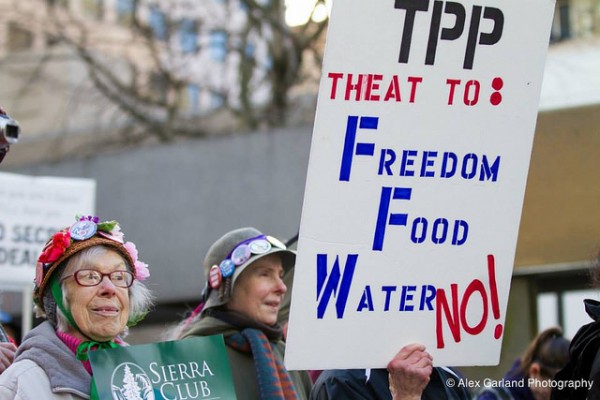 For example, they’d let American companies import food without extensive safety reviews — even when the exporting countries have far lower safety standards than the United States.

Two of the partner countries to the TPP, Vietnam and Malaysia, already have a bad history of exporting catfish, crab, and shrimp that have been pumped full of unapproved antibiotics and veterinary drugs that threaten human health. With an already strained inspection system, an increase in risky imports would almost certainly lead to an increase in foodborne illnesses.

These treaties could also expose Americans to toxic chemicals and pesticides that have been banned here but continue to be sold and used abroad.

They could further lead to the removal of country of origin labels, making it even more difficult to hold responsible parties accountable for disease outbreaks, and roll back the growing movements to label genetically engineered foods and promote more locally sourced fare.

And that’s just what we know so far.

The Obama administration has argued that making these sacrifices would be a boon for American jobs. Yet The Washington Post quickly debunked this assertion, predicting a zero-percent increase in jobs.

What makes these agreements particularly alarming is that a small group is negotiating them in secret, with private sector lobbyists serving as “advisors” to the negotiators. The public has not been consulted at all, and the mainstream media has virtually blacked out public demonstrations on the issue.

Members of Congress have not even seen a draft of either pact, despite holding press conferences to demand access. So why would they pass “fast track” and forfeit the right to make revisions? Such a hasty decision would jeopardize the food systems that sustain people around the world.

Food is life. Shouldn’t Congress do more to protect its citizens and the food they consume, not less?