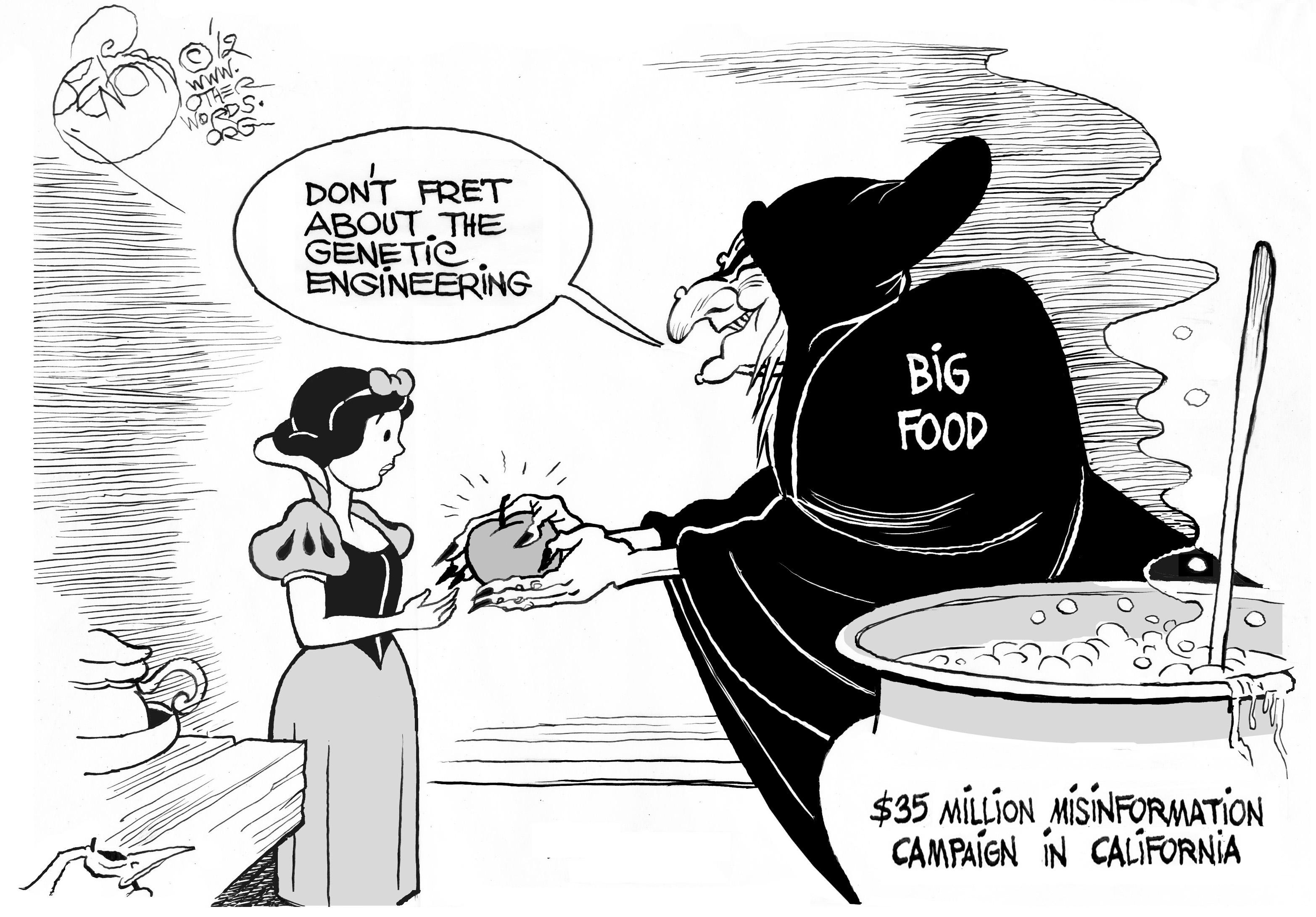 This Week in OtherWords: A Genetically Engineered Food Special Edition

In her debut guest column, Jill Richardson challenges big food companies to boast about their penchant for these modified crops if they're so wonderful.
By Emily Schwartz Greco | October 10, 2012

This week, OtherWords is running three commentaries and a cartoon regarding the growing number of genetically modified foods that land on our plate whether we realize it or not.

In her debut guest column, Jill Richardson challenges big food companies to boast about their penchant for these modified crops if they’re so wonderful. Wenonah Hauter introduces readers to the latest newfangled food making a stir: an apple that doesn’t brown when it’s sliced long before it’s eaten. Jim Hightower discusses the ruse maintained by General Mills, Kellogg, and other huge food companies that have bought out tiny organic outfits and tried to not let consumers know.

Any of these commentaries could accompany Khalil Bendib’s Snow White cartoon, which depicts a witch handing her a new kind of poisoned apple. And all three address California’s upcoming referendum on a new state rule that would require the labeling of genetically modified food. Known as Proposition 37, this requirement would have national ramifications for the industry because of California’s huge market.

As always, I encourage you to subscribe to our weekly newsletter. If you haven’t signed up yet, please do. 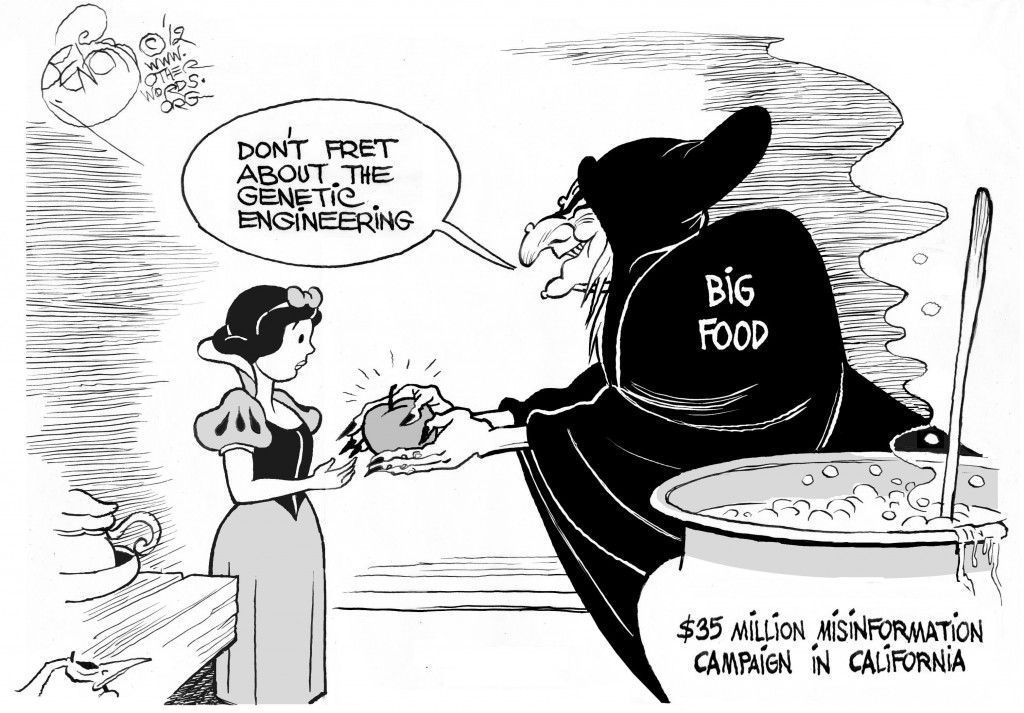