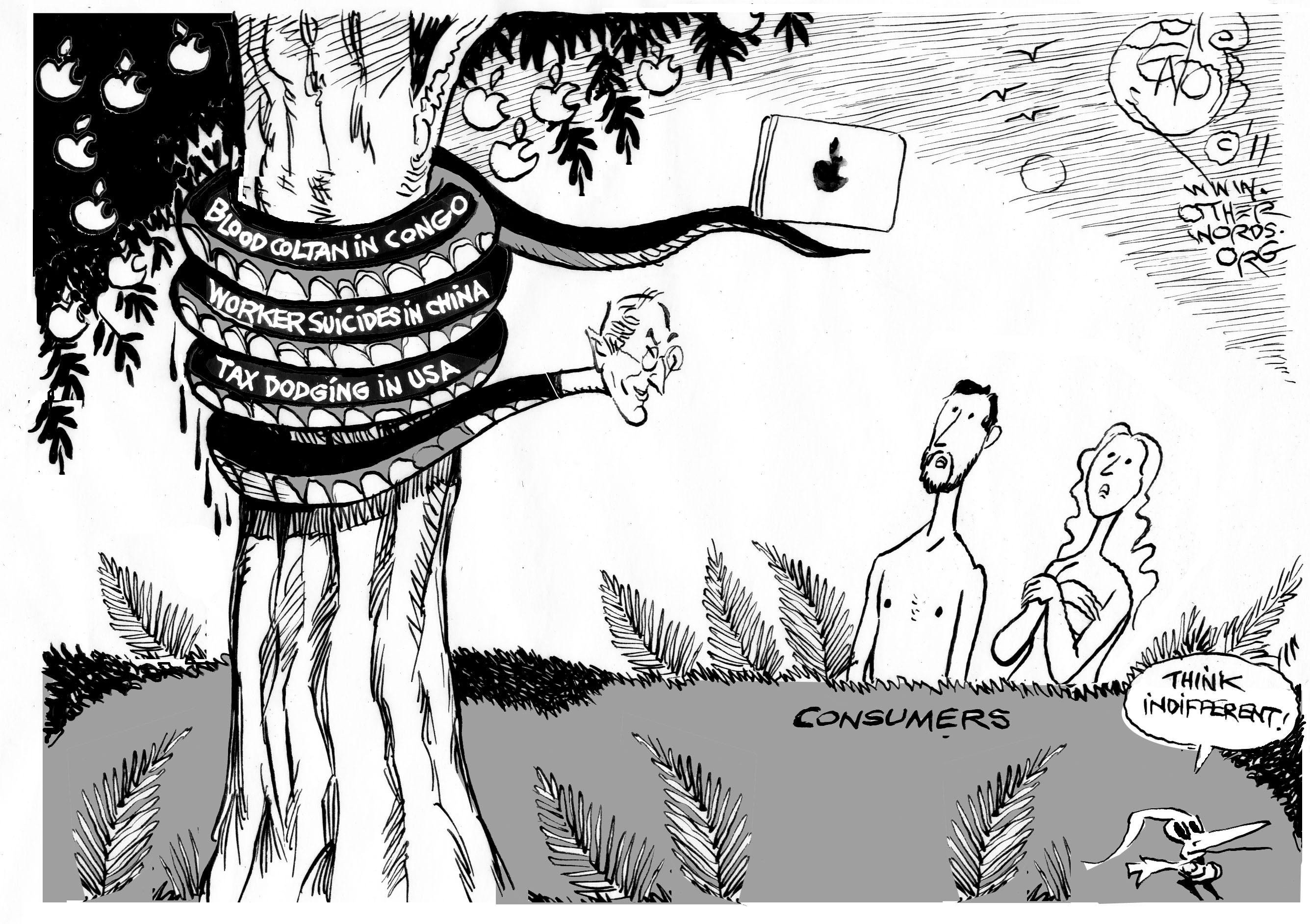 In college, I considered my Apple laptop a faithful, effective, and occasionally even fun machine. A year past graduation, this constant companion to late nights spent studying, working, or wasting time has aged into a decrepit device. Like the old Windows hourglass, its colorful pinwheel cursor consistently heralds interminable delays.

Similarly, my prehistoric mobile phone frequently freezes, drops calls, or prematurely runs out of battery power. Even in those treasured moments when it operates at capacity, it lacks the touch screen, email, and Internet capabilities today’s savvy consumers supposedly demand. By all indications, I’m ripe for an upgrade to a new MacBook, iPhone, or iPad.

Here’s why I’m taking a pass. 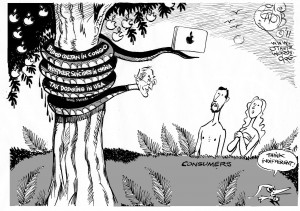 Apple, like most other electronics companies, makes liberal use of an ore called columbite-tantalite — widely known as coltan — whose electrical retention properties improve the battery lives of electronic devices. While Australia is the world’s largest coltan producer, suppliers for Apple and its competitors often prefer to buy their coltan at lower cost from mining operations in war-ravaged eastern Congo.

The money from these transactions rarely reaches the miners themselves. Rather, it’s funneled to Rwandan- and Ugandan-backed rebel groups inside the Congo who control the mines and use the revenues to fund their operations in the world’s deadliest conflict since World War II. Promises by the Congolese government to shutter such mines and by Apple to scrutinize its supply chains have rung ineffectual and hollow.

This “blood coltan” and other components make their way to China, where contractors assemble products for Apple and virtually every other major electronics company. Journalist and playwright Mike Daisey visited the Shenzhen, China base of operations for Foxconn, a Taiwanese manufacturing behemoth who reportedly assembles half of the world’s electronics.

He reported interviewing workers who often labored for anywhere from 12 to 16 hours straight or longer, standing interminably and finding little compensation for the inevitable health problems and unpaid overtime that result from such treatment. He also met dozens of child laborers, who often lived with their coworkers in cramped company dormitories under constant surveillance for any hint of complaint or worker organization.

The facility made news last year for a ghastly streak of worker suicides. Today’s Foxconn employees are mildly better compensated, but they must agree to sign “no-suicide” pacts with the company — although the complex now features a network of “suicide nets,” just in case.

Finally, inside the United States, where Apple reaps the benefits of America’s taxpayer-funded physical and legal infrastructure — and makes billions off U.S. consumers — the company has lent its support to the ironically named “Win America” campaign.

Supported by several other tax-dodging corporations, Apple is lobbying Congress to let the company repatriate and keep some $4 billion in profits currently stashed in offshore tax havens. This is money that would otherwise be owed to the U.S. government. At a moment of fiscal austerity, when Congress and state legislatures are gutting programs that assist our most vulnerable citizens, Apple — like all corporations and billionaires that have benefited handsomely from the U.S. system — should pay its fair share.

Industry analysts have estimated the total production costs for iPhones and iPads at a small fraction of the company’s revenues, especially in light of those lucrative monthly contracts and endless “app” sales. Apple can hardly argue that such abusive practices are necessary to its bottom line. But even if they were, do you really want blood on your phone, laptop, or tablet?

Apple, of course, makes any number of innovative products. But being an innovator in technology shouldn’t require being a reactionary on human rights — or being a shameless tax cheat. As an industry leader with ballooning profit margins, Apple can afford to get its coltan from Australia. It can shoulder the costs of a living wage and basic labor standards for its workers. And it can surely pay its taxes.

But for now, Apple has perpetuated the relentless violence in the Congo, abused hard-working and disenfranchised laborers in China, and, for good measure, sought to stiff the American taxpayers who have made it so wealthy.

Peter Certo is an editorial assistant for OtherWords and Foreign Policy In Focus at the Institute for Policy Studies. www.ips-dc.org