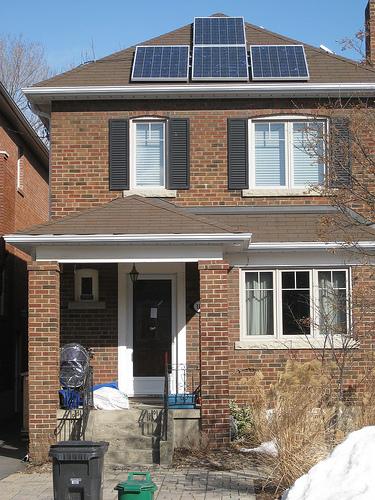 Thrifty, Green Homeowners May Get a Boost

An innovative program is bringing Republicans and Democrats together to boost renovations that would conserve energy and trim electric and gas bills.
By Andrew Korfhage | August 22, 2011

While it might seem rare these days for Republicans and Democrats to work together on anything, two Republican members of the House of Representatives recently joined with one of their colleagues in the Democratic Party to introduce an important new piece of renewable energy legislation.

Reps. Nan Hayworth (R-NY), Rep. Dan Lungren (R-CA), and Rep. Mike Thompson (D-CA) have proposed a bill this summer that would create new green jobs while reducing homeowners’ electric and gas bills. The legislation is designed to protect the ability of local communities to adopt an innovative clean-energy financing strategy that has attracted bipartisan support from coast to coast — and with good reason.

This financing strategy, known as “property assessed clean energy,” or PACE, allows homeowners to finance the up-front costs of installing residential clean-energy systems through city partnerships that spread out the payments as an add-on to their property taxes for as long as 20 years.

As a way to encourage homeowners to invest in cleaner energy without high up-front costs, PACE programs have proven popular with cities working hard to stimulate their local economies and create green jobs. Since 2008, 27 state legislatures have enabled cities and counties to set up PACE assessments. PACE legislation has passed in state legislatures with both Democratic and Republican majorities. Republicans in Virginia, Missouri, and Texas, as well as Democrats in Oregon, Minnesota, and New Hampshire have approved these initiatives. 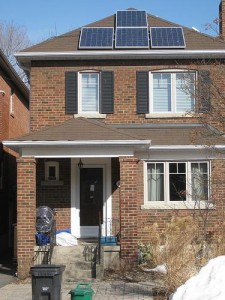 Despite this groundswell of bipartisan support, PACE programs ground to a halt last summer when the Federal Housing Finance Agency directed Fannie Mae and Freddie Mac to stop financing mortgages associated with a PACE assessment. This move, which has baffled some lawmakers, resulted from concerns that PACE loans might have to be paid back first if a property owner goes into foreclosure.

The new House legislation would clearly define in law that PACE assessments aren’t loans (and don’t become due in full in the case of foreclosure), and would prohibit Fannie and Freddie from discriminating against PACE-associated homeowners. At the same time, the bill seeks to quell the mortgage lenders’ fears by limiting their risk through a series of national program standards.

For example, the legislation caps the cost of clean-energy projects at 10 percent of home value, and limits participation to homeowners with a solid tax-payment history and at least 15 percent equity in their home. In addition, to qualify for a PACE assessment, homeowners must undergo energy audits of their properties that show how their projects will pay for themselves in lowered energy bills over the course of the assessment.

This last requirement simply demonstrates what PACE enthusiasts have been telling Fannie and Freddie all along: No other property assessment project increases homeowners’ financial stability the way the installation of a clean-energy system does.

In fact, a recent study by the economic consulting firm ECONorthwest found that PACE assessments tend to reduce homeowner default rates, making them a boon rather than a burden to Fannie and Freddie.

Looking at four municipalities that enacted some of the earliest PACE programs, ECONorthwest found a default rate of 0.1 percent amongst PACE-assessed homeowners, versus a 3.2 percent default rate for non-PACE homeowners in the same areas over the same time period.

In these politically contentious times, any program that can bring Republicans and Democrats together to boost both clean-energy installations and job creation deserves to be protected. That this same program can shift the country toward renewable energy, strengthen local communities, save homeowners money during an economic downturn, and help blunt the foreclosure crisis makes it a program that simply must be saved.