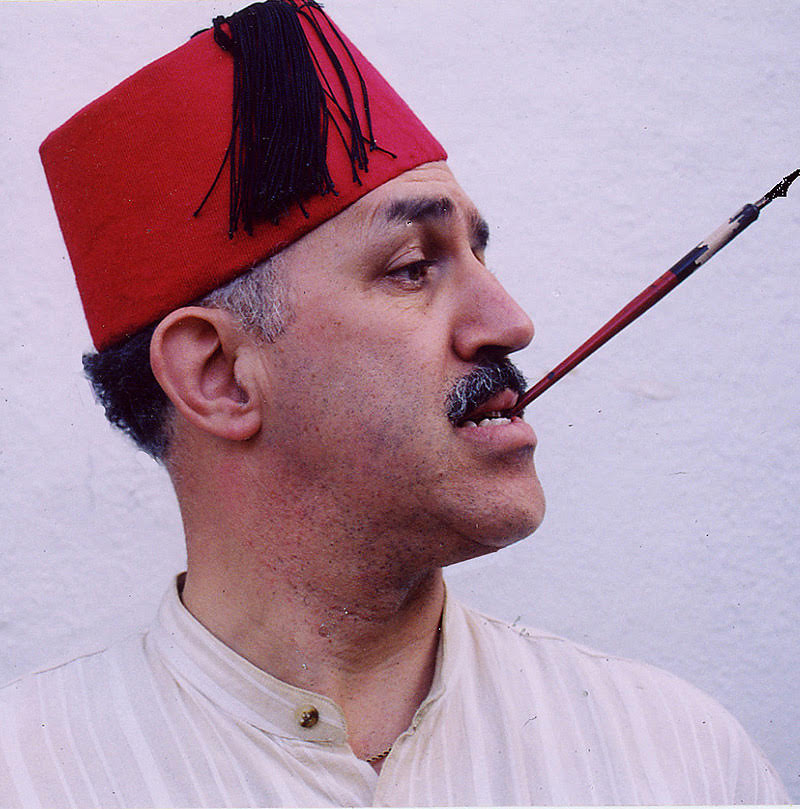 Khail Bendib, in a fez

Throwing My Fez in the Ring

This Muslim-American cartoonist wants Donald Trump to wake up and smell the coffee.
By Khalil Bendib | January 13, 2016

Most presidential candidates, with the glaring exception of Donald Trump, say Islam is no enemy of the United States. I agree wholeheartedly. And how could there be a better way to prove that point than for a Muslim cartoonist to lead this great nation?

That’s why I’m stepping up again. I want to be your prez in a fez.

People always ask me: “Mr. Bendib, where’s the beef?” and — more importantly — “is the beef Halal?” (Kosher, for Muslims.) What would a Bendib presidency deliver, my fellow Americans?

I’m so glad you asked. Here’s the heart of my presidential platform: 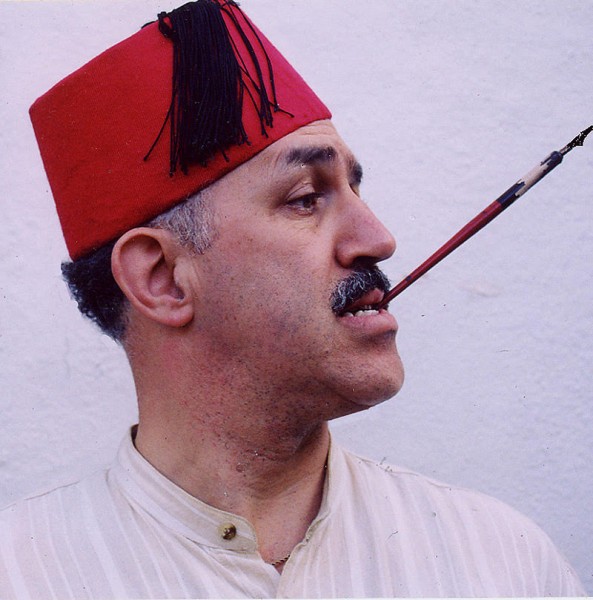 Khail Bendib, in a fez

Pork barrel spending: As a self-respecting Muslim, you can guess how I feel about pork.

Education: We need pens, not guns; books, not bombs; and math instruction, not mass destruction.

Making war vs. making love: As your president, I’d ban all wars and make love mandatory. To those who lust for ever more military conquests, I’d simply repeat that love conquers all.

Military overreach: As your commander in chief, I’d shut down the hundreds of overseas military bases we possess around the world and turn them into marijuana dispensaries. During the Great Depression, Herbert Hoover promised “a chicken in every pot.” I’d guarantee a little “pot in every kitchen.”

Nuclear proliferation: Instead of threatening to bomb Iran if it breaks the nuclear deal, I’d shame the Islamic Republic into voluntarily abandoning its nuclear ambitions forever. How? Leading by example, I’d demand the dismantlement of all nuclear weapons everywhere — starting with the world’s largest arsenal, our very own.

The environment: I’d do everything in my power to save the planet’s magnificent biodiversity and preserve all the animal species and all the plants…except for nuclear plants. I’d rid our country of all nukes. Green power to the people, I say. How about slapping more solar panels and wind turbines on those carbon-guzzling Trump Towers while we’re at it?

Economic justice: Why throw Bernie Madoff in prison for stealing from the rich while allowing billions in bonuses for those who steal from the 99 percent? I’d pardon Madoff and ask him to keep up the good work. I might even appoint him treasury secretary.

Immigration: I’d throw the gates open. Instead of Wall Street speculators moving our jobs and money across borders, people would be free to come and go as they please — including some of the Syrian huddled masses yearning to breathe free. I’d build bridges instead of walls, paying for them in dollars instead of pesos. Let’s let friendship trump paranoia.

Right-wing demagogues seem to forget the positive contributions Muslims have made to Western civilization over the past 14 centuries. Do you know who introduced coffee to the Western world? If you said the Arabs of Yemen and the Muslims of Turkey, you’re right.

Imagine how unproductive America would be today without its daily cup of Arabica. Donald Trump, it’s time for you to wake up, smell the coffee, and stand down.

President John F. Kennedy didn’t bring the Vatican into the White House, as initially feared during his 1960 campaign. Likewise, I wouldn’t bring Mecca into the Oval Office. To paraphrase a great president before me, “The only thing we have to fear is the fear of Islam itself.”

God bless America and as-salaamu alaikum — may peace be with you.

OtherWords cartoonist, artist, and radio host Khalil Bendib lives in Berkeley, California. Since he was born in Paris, he’s not technically eligible to run for president. OtherWords.org