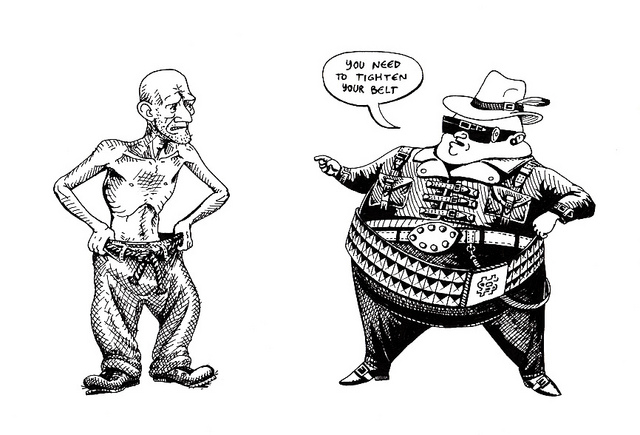 As a millennial, I take the push to ditch the estate tax personally.
By Josh Hoxie | June 10, 2015

Listening to so-called fiscal conservatives like Representatives Kevin Brady and Mike Kelly, you’d think we were in a desperate fight for survival, with the national debt threatening our future.

“I cannot in good conscience support adding more debt to the backs of our children,” says Kelly, a Pennsylvania Republican.

“Make no mistake,” agrees Brady, a Republican from Texas. Debt is “the most pressing issue of our day.”

As someone who is less than half the age of those gentlemen, I see hidden motivations when I watch these Republican lawmakers in action.

They’re doing the bidding of the ultra-wealthy and leaving it to my generation to pick up the pieces of the broken public sector. Those of us who will be around long after these aging statesmen retire will inherit a nation that’s unable to close the widening gap between the obscenely wealthy and the rest of us.

Case in point: The House voted to repeal the estate tax. That’s the only federal levy on the transfer of immense wealth from the likes of the Adelsons, the Waltons, and the Kochs to their heirs. 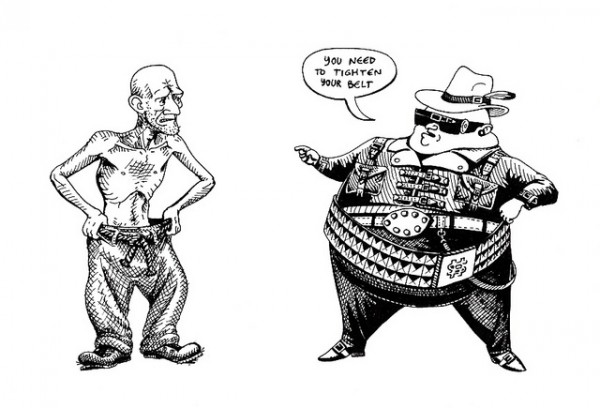 Only the wealthiest 0.2 percent of American households have to pay this tax, yet its repeal would cost a whopping $269 billion over 10 years. If you add interest, draining this revenue stream could add $320 billion to the national debt.

And House lawmakers handed this giveaway to the richest Americans without saying how Congress could pay for this bill. Tell me again, Mr. Brady, how the government is broken and how “we’re just all going to have to tighten our belts.”

As a millennial, I take this push to ditch the estate tax personally. Consider what that $269 billion could mean for my generation.

For starters, Uncle Sam could cover the cost of tuition for every student who wanted to go to community college. That would cost only $60 billion over 10 years.

What about picking up the tab for tuition at all four-year public universities? That would cost $15 billion annually over a decade, not counting what the federal government already spends on higher education.

Alternately, Congress could use that money to plug the $164 billion gap in the Highway Trust Fund. Maybe driving across town wouldn’t feel like a trip on the moon, hitting pothole after pothole.

The House members who voted for estate tax repeal took in $56 million in campaign contributions from special-interest groups who demanded it. Maybe that’s what helped these lawmakers decide that instead of funding education, infrastructure, environmental protection, food safety, and disease prevention, they’d give multi-millionaires a tax break instead.

I wish they’d listen to some wealthy people with a conscience. Ben Cohen and Jerry Greenfield, who made a fortune creating the Ben & Jerry’s ice cream brand, for example, say thanks but no thanks to this giveaway.

I’m tired of being told to “tighten my belt” while conservative lawmakers continue to take from the poor and give to the rich.

Josh Hoxie is the director of the Project on Opportunity and Taxation at the Institute for Policy Studies (ips-dc.org).
Distributed by OtherWords.org.