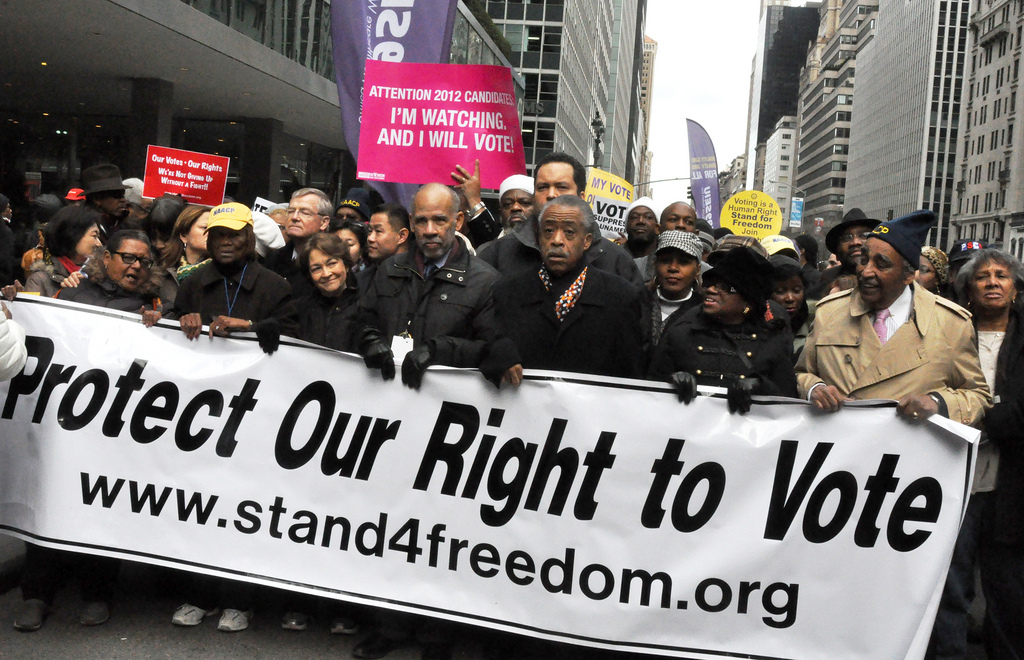 To Fight Racism, Protect the Right to Vote

Politicians are rolling back voting rights in the former Confederacy.
By LeeAnn Hall | July 29, 2015

The cold-blooded murder of nine people at a Charleston church made it impossible to deny the persistence of racism across the nation. So do the symbols of support for slavery and segregation that remain emblazoned on public property throughout the South, and scattered among some Northern states as well.

What will it take to bring real racial justice to our country? For starters, protecting the right to vote.

A century after the end of the Civil War, Southern segregation thrived because of lynch laws, poll taxes, and other institutional restrictions on African Americans. One of the great achievements that finally broke the back of Jim Crow was the Voting Rights Act of 1965, which enshrined the right to vote in federal statute for the first time.

The Voting Rights Act mandated federal review of any new voting rules in 15 states, most of them in the South, with histories of discrimination at the polls. Two years ago, the Supreme Court’s 5-4 decision on Shelby County v. Holder effectively gutted the enforcement tools of the federal voting law.

The right to vote is still the law of the land — in principle — but the Supreme Court ruling turned the protection of those rights over to state and local authorities. 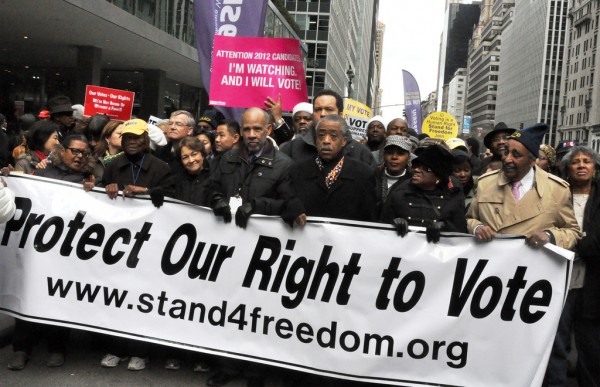 Since the ruling, states such as Arizona and Kansas have passed restrictive voter ID laws. And North Carolina ended early voting and same-day registration.

They’re far from alone, and this voter suppression isn’t limited to the states that joined the Confederacy. But I can’t help wondering how jurisdictions that still wrap themselves in the rebel flag can be counted on to safeguard fair voting rights.

To protect against discrimination, Congress must pass the Voting Rights Advancement Act. The bill would repair the damage the Supreme Court inflicted two years ago on voter protections.

The Senate version, introduced by Vermont Democrat Patrick Leahy, would provide federal observers where necessary. It would also require federal permission for states to change their voting laws, and it mandates bilingual voting materials where appropriate.

You’d think that following a tragedy like the one that struck the Emanuel African Methodist Episcopal Church, a bill protecting voting rights would sail through Congress. Sadly, you’d be wrong.

What are the stonewalling legislators so worried about? The answer is clear: The black vote threatens them.

Black voters accounted for 12 percent of the national electorate in the 2014 elections, up from 11 percent in 2010 but below the significant 13 percent in 2012. That year — when President Barack Obama was running for reelection — black turnout eclipsed white turnout by about 2 points.

In some Southern states, such as North Carolina, African-American voters make up over 20 percent of the electorate. Black voter turnout in that state has increased dramatically in the last 15 years.

With the 2016 election right around the corner, maybe that’s something Southern Republicans are worried about. After all, they’ve already denied residents of most Southern states access to Medicaid expansion and a living wage. Now they’re threatening their voting rights too.

By all means, take down those Confederate flags. Move the monuments to museums. But more importantly, begin addressing the deeper issues those symbols represent — both in the South and throughout the country. Legislators must raise a flag guaranteeing the right to vote for everyone.

LeeAnn Hall is the executive director of the Alliance for a Just Society, a national research, policy, and organizing network striving for health, racial, economic, and social equity. Distributed by OtherWords.org.