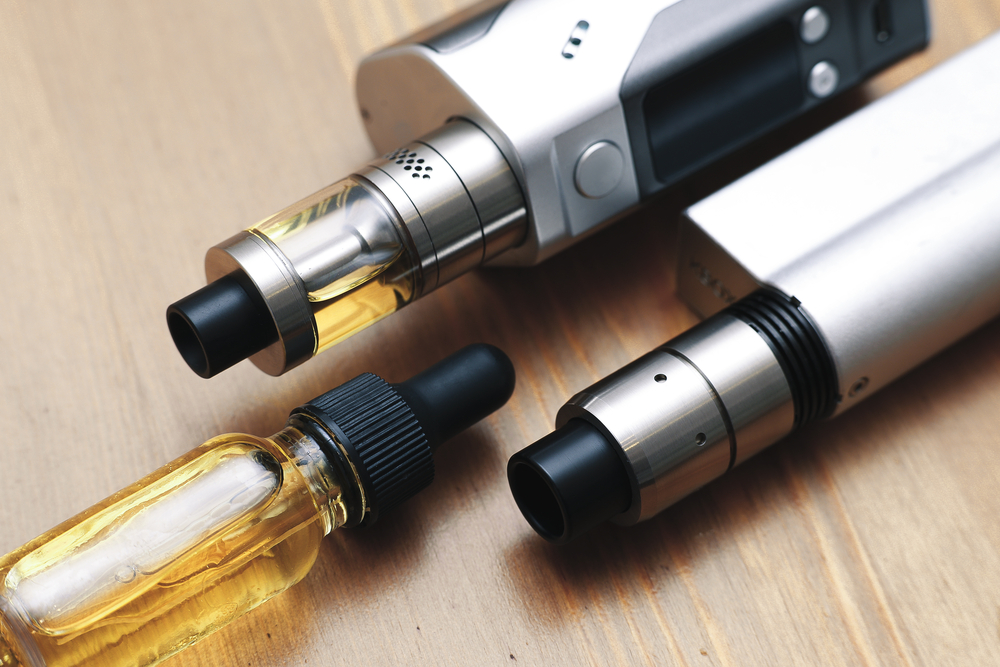 Absent legalization, the feds can’t regulate the vaping contaminants that seem to be making people sick.
By Paul Armentano | September 18, 2019

The Trump administration is sounding the alarm against vaping products as health officials scramble to determine why some consumers are suddenly becoming sick from them.

But while the administration’s pending bans on flavored e-cigarettes will no doubt influence the legal nicotine marketplace, they will have virtually no impact on the counterfeit cannabis vaping products associated with the recent outbreak of serious lung illnesses.

Why? Because nicotine is a federally regulated product, and several licensed large-scale corporations operate in this space. They’ll have little choice but to abide by the FDA’s new rules and restrictions. But we have virtually no idea who makes those unregulated cannabis oils, so they can continue business as usual.

This gray market exists because cannabis and cannabis-derived products remain almost entirely prohibited under federal law — which classifies the plant in the same category as heroin and LSD. This federal prohibition has made it difficult to clinically study the safety of these cannabis-oil delivery devices and all but impossible to regulate them.

As a result, while the feds can certainly arrest people involved in these rapidly growing markets, the FDA is powerless to provide regulatory standards, oversight, or quality control.

Instead, this heavy burden falls on state regulators that have legalized cannabis use. But these regulations are not consistent from state to state, and far from comprehensive. Often they’re unable to keep up with rapid changes in the industry’s manufacturing practices.

For instance, New York State officials have suggested that many of those sickened in their state became ill from inhaling vitamin E oil, which was added to unregulated vaping fluids as a thickening agent.

But until this latest outbreak, regulators had never tested products for the presence of vitamin E. And according to many experts, underground players only began adding these contaminants in the past few months.

While state regulators can and should do their part, the burden of establishing industry standards and regulatory oversight ought to fall on the FDA — the very same agency that, under marijuana prohibition, is forced to take a “hands off” approach.

Plainly these wildly popular products need to be better regulated at the federal level. And that means that cannabis need to be legalized.

Without legalization, consumers of these cannabis-oil vape products aren’t going to know whether they’re getting a safe, tested product or some unlicensed knock-off. Similar issues have plagued the commercial CBD market for years now, as the lack of a federal regulatory framework has led to CBD-infused extracts and oil products of variable quality, purity, and safety flooding the market.

Rather than use these unfortunate incidents to further drive these markets into the shadows, the administration should officially legalize cannabis at the federal level — and empower the FDA to study, regulate, and oversee these emerging THC and CBD delivery devices.

The irony is that, because of decades of prohibition, the agency is only now beginning to scrutinize these cartridges and the questionable compounds, additives, and agents in them. Had cannabis been legalized years ago, they would have done so much sooner.

And Americans would be safer because of it.

Paul Armentano is the Deputy Director of NORML and co-author of the book Marijuana Is Safer: So Why Are We Driving People to Drink? This op-ed was distributed by OtherWords.org.