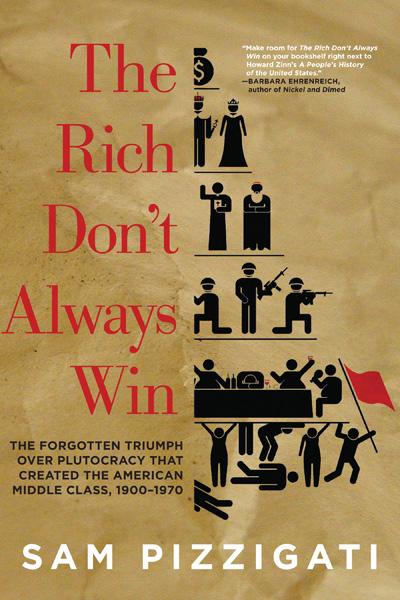 To Move Forward, We Must Learn from Our Progressive Past

Yesterday's ideas about curbing the ultra-rich's power remain just as relevant as ever.
By Sam Pizzigati | November 28, 2012

Our contemporary billionaires, most Americans would agree, are exploiting our labor and polluting our politics. Can we shrink our super rich down to a less powerful — and more democratic — size? Of course we can. We Americans, after all, have already done that before.

Between 1900 and the 1950s, average Americans beat down plutocrats every bit as dominant as ours. A century that began with huge private fortunes and most Americans living in poverty would come to see sweeping suburban developments where grand estates and mansions once stood.

Most of us today, unfortunately, have no inkling that this huge transformation even took place, mainly because that exuberantly middle class America of the mid-20th century has disappeared. Those grand mansions have come back.

Does this super-rich resurgence make failures out of our progressive forebears, the men and women who fought to limit the wealth and power of America’s wealthiest? Our forebears didn’t fail, as I explain in my new book. They just didn’t go far enough.

In The Rich Don‘t Always Win: The Forgotten Triumph over Plutocracy that Created the American Middle Class, I sum up the incredible feats those progressives accomplished. They “soaked the rich” at tax time. They built a union movement that acted as a real check on corporate greed. They even tamed Wall Street.

But these great victories have long since faded. How can we get back on a plutocracy-busting track? We could start by revisiting those struggles of years past that came up short, those proposals that, had they become law, might have lastingly leveled down our super rich.

The Rich Don’t Always Win explores many of these proposals. Here are three.

One: Require the rich to annually disclose how much they actually pay in taxes. 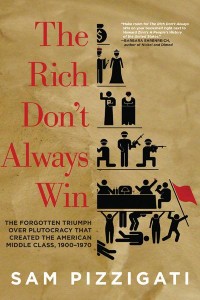 Eighty years ago, just like today, America’s rich evaded taxes massively. If wealthy taxpayers knew their returns would be open to public inspection, reformers argued, they might think twice about this evasion.

In 1934, progressives actually added a disclosure requirement to the tax code. But Congress, after a swift super-rich counterattack, repealed it. Even so, the basic idea behind disclosure remains as powerful as ever. Just ask Mitt Romney.

Two: Leverage the power of the public purse against excessive CEO pay. Congress can’t directly set limits on corporate compensation, and yesterday’s progressives understood that. But Congress could impose limits indirectly by denying federal government contracts to firms that overpay their top executives.

In 1933, then-senator and later Supreme Court justice Hugo Black won congressional approval for legislation that denied federal airmail contracts to companies that paid their execs over $17,500, about $300,000 today.

The New Deal never fully embraced Black’s perspective. We could now, by denying federal contracts to any companies that pay their CEOs over 25 times what their workers are making.

Three: Cap income at America’s economic summit. In 1942, President Franklin Roosevelt proposed a 100 percent tax on individual income over $25,000. That would amount to $355,000 in today’s dollars.

Congress balked. But lawmakers did set the top tax rate at 94 percent on income over $200,000, and top federal rates hovered around 90 percent for the next two decades, years of unprecedented middle class prosperity.

America’s rich fought relentlessly to curb those rates. They saw no other way to hang on to more of their income. But what if we restructured the top tax rate of America’s postwar years to give the rich a new incentive?

Our nation’s wealthiest, under this approach, would suddenly have a vested interest in enhancing the well-being of our poorest. Years ago, progressives yearned to create an America that encouraged just that sort of social solidarity. They couldn’t finish the job. We still can.

OtherWords columnist Sam Pizzigati is an Institute for Policy Studies associate fellow. His latest book is The Rich Don't Always Win: The Forgotten Triumph over Plutocracy that Created the American Middle Class. OtherWords.org