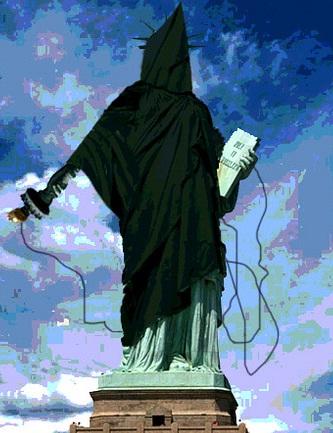 Is the president wavering on his opposition to "enhanced interrogation"?
By Jim Hightower | December 10, 2014

Bush and Cheney escaped unscathed. The Senate has just released an astonishing report detailing the depths of their depravity, but neither is likely to end up before a judge.

Yet stunningly, there’s a new debate — this time within the Obama administration — about whether anti-torture treaties apply to U.S. troops and intelligence agents overseas.

Once upon a time, Barack Obama himself took a firm stand against torture. As a U.S. senator in 2005, he strongly supported a bill by his Republican colleague John McCain to prohibit American officials from engaging in cruel, inhumane, or degrading treatment of detainees — not just on U.S. soil, but anywhere in the world.

Then, on his second day as president in 2009, Obama proudly signed an executive order banning torture.

But now, military and spy agency lawyers are pushing the administration to embrace a loophole that Bush created after Congress passed the McCain bill.

Goaded by his snarling, autocratic vice president, George W. claimed that as commander in chief, he could override the torture ban if the cruelty took place in detention camps and other “black site” facilities on foreign soil.

Unfortunately, the Obamacans are wobbling, with some aides calling this change a “technical” issue.

Hardly! A ban is a ban — not a matter of fleeting policy, but of settled moral principle. It’s a statement to the world of who we Americans are.

Please call the White House comment line to tell Obama to stick to moral principle over the imagined convenience of torture tactics. The number is 202-456-1111.