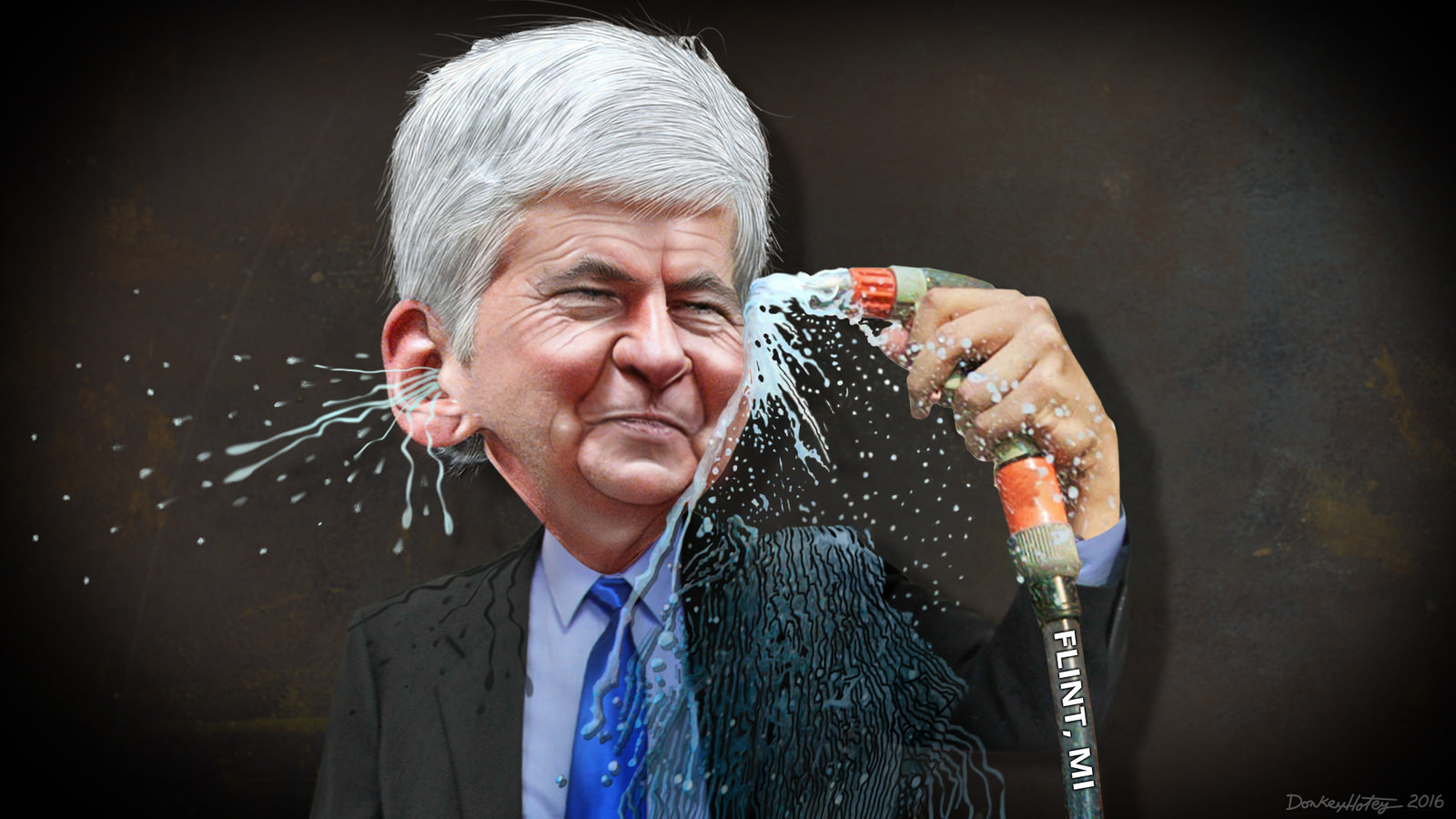 You’ve probably heard that Flint, Michigan has lead in its water and it’s poisoning the locals. But did you know that this debacle is a symptom of our ailing democracy?

Governor Rick Snyder has appointed “emergency managers” to govern many Michigan cities, including Detroit and Flint. The Republican leader ostensibly took this step to deal with a string of budget crises.

Snyder gave these unelected managers the power to overrule local elected officials, leaving them free to make unpopular decisions without any checks or balances. There’s a racial element to this trend, too: Over half of black Michiganders live in jurisdictions with emergency managers, compared to a mere 2 percent of whites.

Flint paid to get its water from Detroit’s municipal system until 2014. At that point, Flint’s emergency manager changed the city’s water source to the Flint River — where General Motors used to dump its waste. 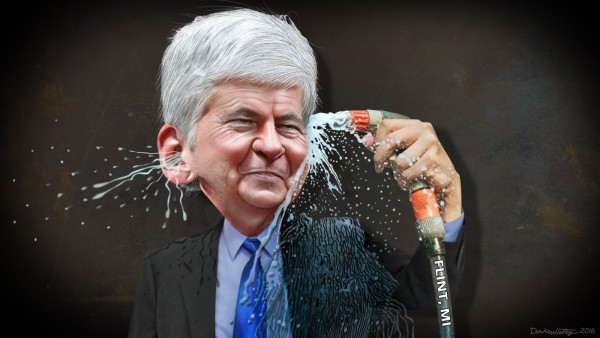 Suddenly, the water that came out of residents’ taps was brown, smelly, and bad tasting.

Within months, residents started experiencing severe health problems like hair falling out, rashes, memory problems, and vision loss. The city found fecal coliform and toxic chemicals called trihalomethanes in the water, but officials maintained the stuff was safe to drink for everyone except the sick or elderly. And they didn’t stop its flow.

In February 2015, the city tested resident LeeAnne Walters’ water and found lead at more than 25 times the legal limit. One of her children had lead poisoning. Yet the city and its “emergency manager” did nothing.

Even as the problem became clear, the city and state governments kept insisting there was nothing wrong. As of last fall, the rate of lead poisoning in children had doubled. And many Flint homes had so much lead in their water that it met the Environmental Protection Agency’s criteria for “toxic waste.”

It took until October of last year before Flint reverted to its old, safe water supply. After two years, however, the pipes in Flint had been so badly corroded that the water still isn’t safe to drink.

This economic, health, and humanitarian disaster happened because decision-makers wanted to save $2 million per year. It would have cost only $100 a day to add an anti-corrosive agent to the water — a modest sum to protect an entire city’s water supply — but penny-pinching officials couldn’t be bothered.

Americans everywhere were exposed to increasing lead levels from the 1940s until the early 1970s, chiefly because of leaded gasoline. Two decades later, when kids who were born during this period reached young adulthood, rates for teen pregnancy and violent crime peaked as well — a fact many researchers believe is strongly linked to lead poisoning.

In the best case scenario, the state or federal government would now bend over backwards to replace Flint’s toxic water system and put in place the medical and social services needed to help poisoned children live as healthfully and normally as possible.

Instead, the governor hired a public relations firm to help his own image. His emails reveal denial and mismanagement of the situation.

How many children will grow up with brain damage and other lead-related ailments because Snyder denied Flint its democratically elected government, poisoned the city’s water, and then tried to cover it up?

Michigan’s Republican governor should act now to help the children whose lives he’s ruined instead of worrying about his own image and political career.