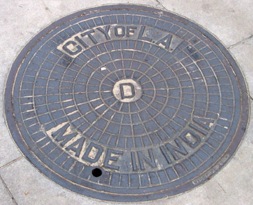 Deals that amount to NAFTA on steroids benefit corporations and hurt the rest of us.
By Emily Schwartz Greco, William A. Collins | June 11, 2014

During his first presidential bid he promised to renegotiate the North American Free Trade Agreement (NAFTA), indicating some concern over the U.S.-Canada-Mexico pact. A month after his 2009 inauguration, Obama declared that he would “be very careful” and take his time meeting that goal.

Instead, he crossed fixing that accord off his to-do list and became a cheerleader for new deals that amount to NAFTA on steroids.

The United States has inked free-trade deals with 20 countries over the past three decades. This country plunged headfirst into the World Trade Organization before it formally launched in 1995. It’s now clear that this zeal benefits corporations while hurting the rest of us.

These accords stoke inequality by driving down wages. The United States exported nearly 700,000 jobs between NAFTA’s 1994 debut and 2010, despite promises that it would expand employment. Following 25 years of stagnation, typical household income remains about $51,000 a year.

Free trade deals hand corporations a shield to fend off national regulations. Hitching its fortune to rules rigged by the Dominican Republic-Central America Free Trade Agreement (CAFTA-DR), a Canadian-based mining company called Pacific Rim claims to have a right to dig for gold in El Salvador — even though that country has banned the practice to protect its meager supply of drinkable water.

The proposed Trans-Pacific Partnership (TPP) deal could render this kind of corporate power grab routine. The pact would skew global economic rules for a dozen countries, including our own and Japan, which account for 40 percent of world trade. Among other things, this deal would make it easier for corporations to use “investor-to-state” lawsuits like the El Salvador debacle to get their way over the objections of foreign governments.

This recipe for ripoffs isn’t really about trade. And that’s the point. These arrangements are a gimmick intended to trump local and national laws to suit the whims of corporations.

That’s why merely five of the looming Trans-Pacific deal’s 29 “chapters” have much to do with trade. The rest hand big companies privileges and protections.

With people taking a backseat to profits, it’s no wonder our leaders are negotiating pacts like this behind closed doors. When WikiLeaks spilled the beans on the Trans-Pacific Partnership’s environmental chapter, it turned out that this deal included weaker safeguards than its predecessors, outraging people who spend their lives fighting for cleaner air and water.

The Obama administration is also pursuing a Transatlantic Trade and Investment Partnership (TTIP) with European nations. Those talks are just as secret, and that pact would also make it easier for corporations to override environmental safeguards by suing foreign governments to get their way.

Why is WikiLeaks rooting around for these documents and releasing them to the public? The pacts will require Senate approval, yet lawmakers have had to beg for any details about them. Based on leaks, other big concerns center around health issues. For example, some provisions would block government policies that discourage smoking. There are also many concerns about labor rights.

Meanwhile, hundreds of corporate insiders get a seat at the table without making a fuss. A list of 605 big-business insiders leaked in 2012 offers a glimpse of the scope of this influence. It includes industry-wide lobbyists like the American Farm Bureau and the Nuclear Energy Institute, along with a who’s-who of corporate America.

Abbott Laboratories, Caterpillar Inc., Walmart and Yum! Restaurants International, the fast-food powerhouse that includes KFC, Pizza Hut, and Taco Bell, all made the list while environmentalists and labor leaders remain locked out.

Thankfully, the Senate is denying Obama his request for “fast-track” negotiating authority. Given the kind of gridlock prevailing in Congress, perhaps these deals won’t ever be sealed.