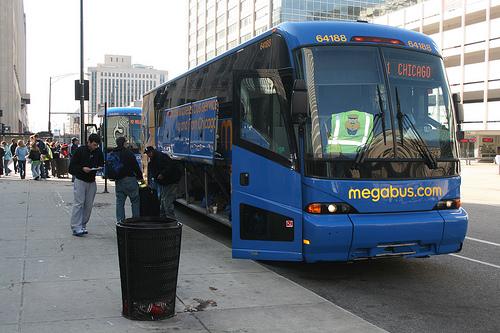 Sorry, You Can’t Get There From Here

The United States has invested big time in roads, but not rails.
By William A. Collins | September 3, 2012

“Take the train,”
We used to say;
But now that train
Has gone away.

Riding the London Underground from downtown to Heathrow Airport can awaken you to just how archaic America’s transportation system is. Most U.S. cities make heading to the airport a hassle.

And once there, where can you fly? Airlines are dropping routes to small cities like hot potatoes, having declared the likes of Harrisburg, Pennsylvania and Sioux Falls, South Dakota not profitable enough for non-stop flights.

Changing planes multiple times can make your trip take longer than it would if you traveled by train. So, why not board the train instead? In most cases, you can’t do that. The United States has invested big time in roads, but not rails. Practical intercity train travel is confined to very few places, mostly in the Northeast corridor that stretches between Boston and Washington, D.C., and parts of California. And even in those cases, your train fare can cost far more than a discount plane ticket. And all that periodic gab about a high-speed rail system that would rival its counterparts in Europe and Asia lacks both money and political support. 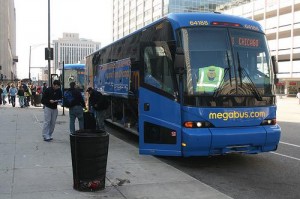 That leaves us with highways. Having driven to Alaska and back this summer, I can say with authority that they’re pretty good. I think it’s part of why we Americans regularly drive much farther than our European or Asian brethren.

U.S. highways are just too convenient, especially when our public transit is just too abysmal. Further, gas prices are so low compared to Europe that many of us (though not me, not even on my way to Fairbanks) still drive SUVs. Even when gas flirts with the $4-per-gallon mark, we’re still paying only 60 percent of the European rate. We’re also filling oil mogul coffers and pushing our leaders into a string of never-ending Middle East misadventures.

The good news for rail believers these days lies in freight, not passengers. The private sector has ramped up its reliance on train travel for trans-oceanic shipping containers. All the rail lines have now invested in intermodal terminals, serious maintenance, and specialized freight cars.

Except in New England. Since the Poughkeepsie Bridge over the Hudson burned 40 years ago, trains have no convenient route to get there. Consequently, trucks rule. The railroads are not about to invest their own money in a new crossing, and no single government is in charge. Here, then, is one big downside of privatization: neither the public nor private sector is able to perform when a really major task rears its head.

And often they can’t even get together to tackle much smaller challenges. Take buses. With the defection of airlines from small cities, the decay of intercity passenger rail service, and the metastatic growth of highway traffic, a new alternative has sprung from its own long-cold ashes — the bus. As the media is beginning to notice, the intercity bus business is booming. Rather than viewing this popular new phenomenon as a blessing, local governments see it as a bother, and the states scarcely see it at all.

What a shame. With our population growing inexorably, oil prices spiraling, the public unwilling to pay for train lines, and ever more air routes shutting down, intercity buses could be a godsend. But no one is willing to pay for them either, no matter how economical they may be. No subsidies, no terminals, and no one’s priority.

Buses still appeal mostly to lower-income Americans, who lack political clout. However, if buses were gussied up, given a chance to operate out of attractive terminals, and treated at least as well as trains, the private sector might again bail a segment of our ailing transportation infrastructure.

Unfortunately neither the bus companies nor their riders possess the political muscle to make that happen. Further, the automakers and oil companies have the clout to keep serious federal money out of mass transit of any kind.

Indeed, for long-distance mass transit, the end of the tunnel remains disappointingly dark.