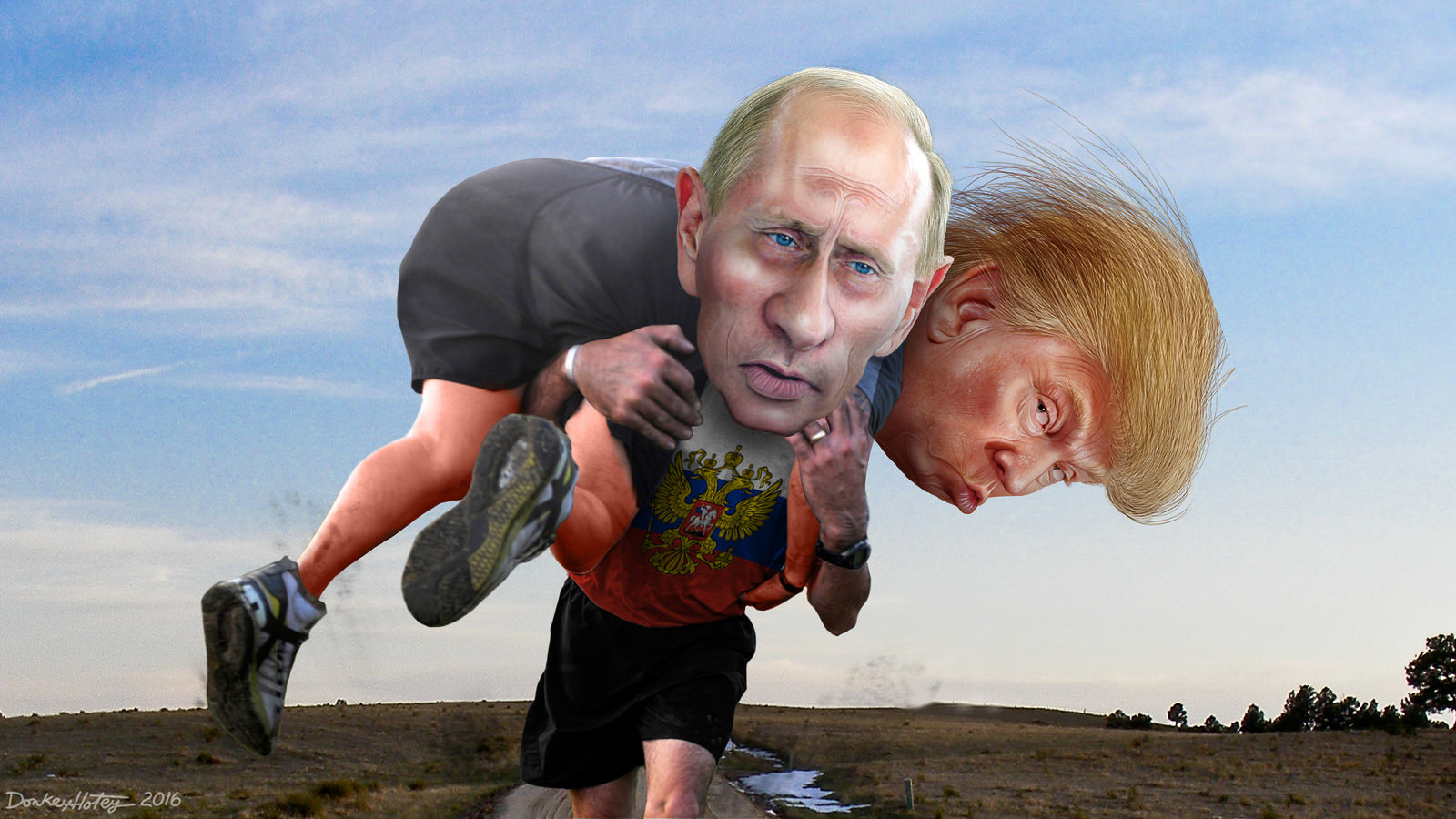 Trump Buddies Up to Putin

Imagine what Republicans would say if a Democrat had invited the Russian president to interfere in a U.S. election.
By Jim Hightower | August 10, 2016

After all, he’s a global real estate tycoon with special insights into U.S. adversaries, like Vladimir Putin of Russia. “I got to know him very well,” The Donald has assured us voters. Only, it turns out, by “very well” he meant “not at all.” He later conceded that he’s never actually, you know, met Putin.

Still, Trump says he’s taken measure of the authoritarian Russian president from his corporate perch atop Trump Tower, concluding admiringly that Putin is “a lot stronger than our leader.”

Sure, if by stronger he means violently suppressing any opposition, stealing billions of dollars from the public for himself and his chosen oligarchs, or invading neighboring Ukraine. 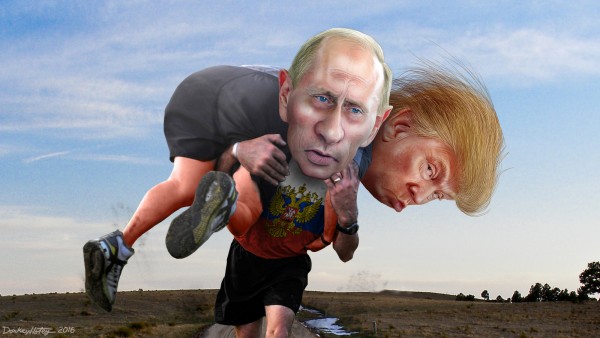 Picky-picky-picky, says Donnie, who’s so enamored with Putin he publicly pleaded with the foreign strongman to hack into Hillary Clinton’s computers in order to interfere with the U.S. presidential election.

“Russia,” Trump called out during a July press conference, “if you’re listening, I hope you’re able to find the 30,000 emails that are missing.” No need for Putin to outmaneuver the United States when clueless Donald would willingly surrender our people’s democratic sovereignty to him.

Amazingly, while top Republican officials say they’re horrified by Trump’s twisted and traitorous invitation to Putin, they still say he should be president, shrugging it off as Donald being Donald. Imagine their scathing derision if the Democrats had invited Putin to intervene.

It’s time for people to stop writing off Trump’s dangerous shallowness as “entertaining.” After all, “Bumbling Bumpkin for President” wouldn’t even make a good TV show.