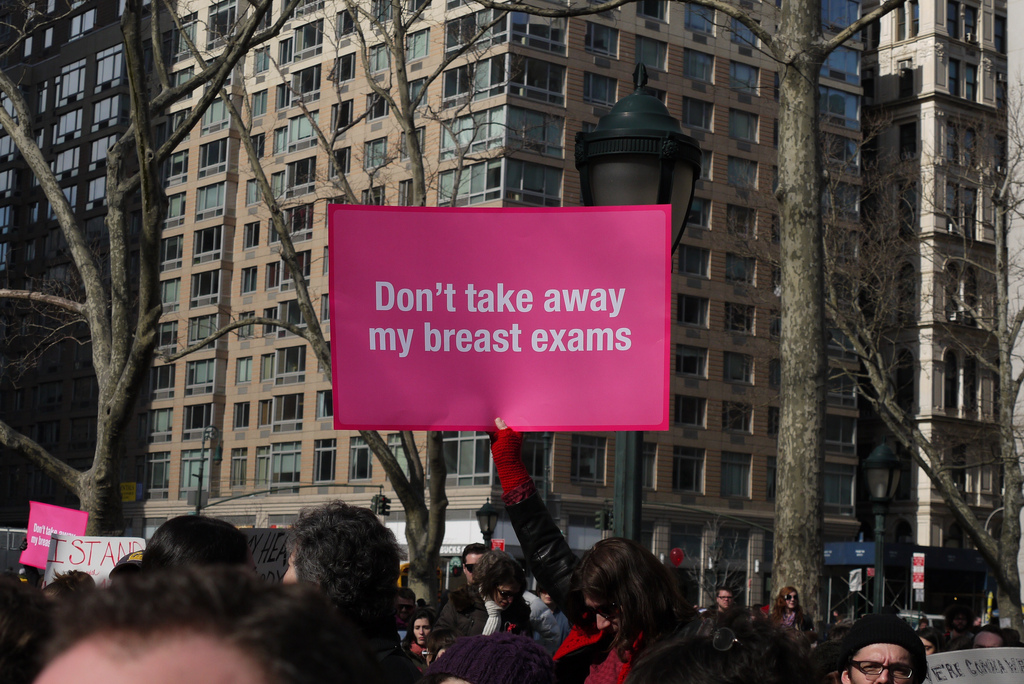 Trump Isn’t the Only Republican with a Woman Problem

Long before he set his sights on the White House, Donald Trump was showing his misogynistic colors.

He became notorious for using the press and social media to publicly attack women, calling them “dogs” and “fat pigs.” He objectified and degraded women while making his reality show The Apprentice, where former staffers said he talked openly about women’s breast sizes and was “obsessed with menstruation.”

So when, as a presidential candidate, Trump famously said there should be “some form of punishment” for women who get abortions and insulted his rival Carly Fiorina’s appearance, it came as no surprise. Trump’s attacks on women have been going strong for decades.

But the GOP’s problem with women began well before Trump became its presumptive nominee. For years the Republican Party has been relentlessly pushing policies aimed at curtailing women’s reproductive rights, economic freedom, access to health care, and autonomy. 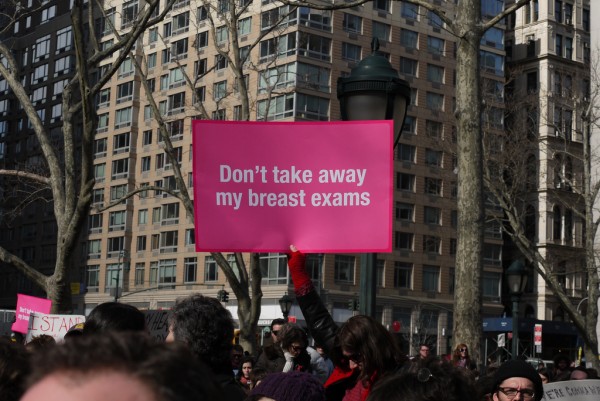 These provisions include controversial Targeted Regulation of Abortion Providers statutes, or TRAP laws, which aim to force clinics that provide abortions to close when they can’t meet unnecessary regulations. TRAP laws — like the controversial HB2 law in Texas, which was rightfully struck down by the Supreme Court this summer — limit women’s access to safe abortions under the guise of protecting women’s health.

Moreover, Republicans in Congress voted eight times in one year to defund Planned Parenthood, one of the leading providers of health care in the United States. And across the country, Republican governors have signed laws cutting state funding to the organization.

Make no mistake: These are attempts to cut funding for critical health care services, including the provision of contraceptives, STI testing, and breast cancer screenings. The cuts show a lack of respect for the autonomy of women and a lack of understanding about the necessity of women’s access to healthcare services.

The GOP has also been a massive roadblock to women achieving greater economic security for themselves and their families. Republicans in Congress have repeatedly blocked the Paycheck Fairness Act, which would help to achieve greater pay equity for women, as well as proposals to increase the minimum wage and provide paid sick leave for employees, both of which are critical to women’s economic stability.

Even when Congress reauthorized the Violence Against Women Act in 2013, it was over the protests of 160 Republicans in the House and Senate who voted against it.

Donald Trump has eagerly taken up this GOP campaign to roll back women’s rights. He wants to defund Planned Parenthood and ban abortions. His solution to the gender pay gap is that women should “do as good a job” as men. While some Republicans in Congress have tried to distance themselves from Trump on some of his most inflammatory rhetoric, their policies show that they’re in lock step with him.

Trump’s verbal attacks are bad enough. But an expansion of his party’s policies — policies that Trump has enthusiastically embraced — would be even worse for women and the issues that shape our health and economic wellbeing.

Marge Baker is the executive vice president of People For the American Way. Distributed by OtherWords.org.