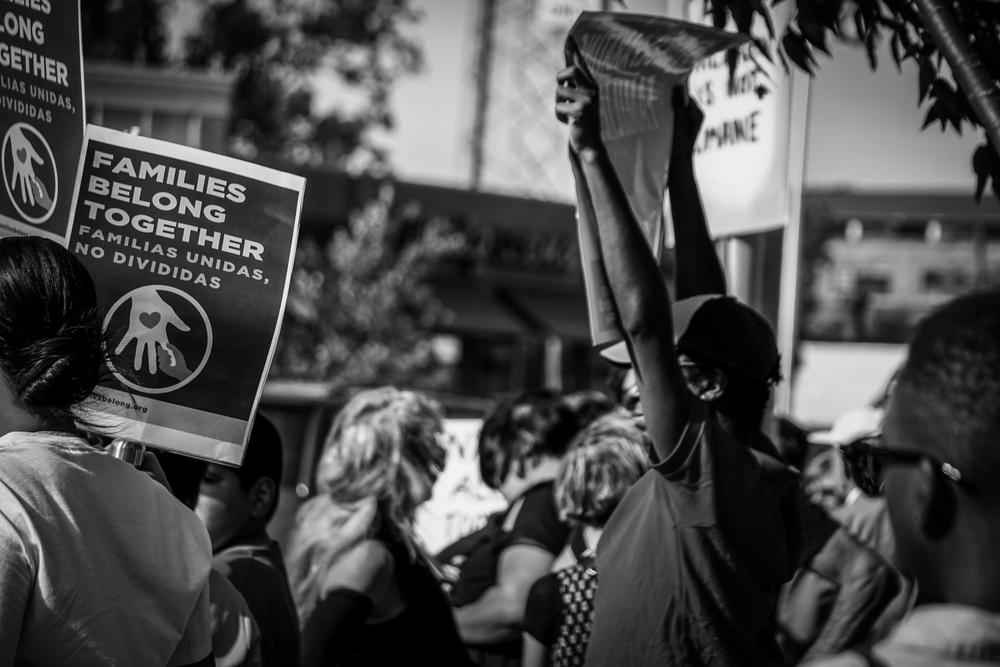 Trump Said He Would Protect Families — Then Deported My Husband

The president uses racism and fear — and breaks up families like mine — to keep people divided while his billionaire buddies get tax cuts.
By Cindy Garcia | February 8, 2019

A year ago, my husband Jorge was torn from our family and deported to Mexico after living peacefully in the United States for nearly 30 years, working and raising a family with me in suburban Detroit. Just a few weeks later, I was invited by my congresswoman to attend President Trump’s State of the Union address and listened carefully to his words as he promised to “protect” Americans from immigrants like my husband.

In his State of the Union speech this year,  Trump again ratcheted up his divisive message and fear-mongering. But his attacks on immigrants don’t make us safer, and they do nothing to help the millions of American citizens who are struggling financially.

Let me tell you from firsthand experience here in Michigan: Immigrants don’t steal jobs. Jobs are lost when corporate executives decide to close factories and cash in while workers are laid off.

My husband never posed a threat to anyone in his entire life. He had no criminal record, not even a parking ticket. We spent a lot of time and money on lawyers for years trying to find a way for Jorge to become a citizen. He was a good provider and good neighbor. Both America and my family were diminished the day he was taken from us.

Since the beginning of his campaign, Donald Trump has stoked fear to move people to support him, and will say anything to keep fanning the flames.

Trump could have offered real solutions that would help struggling families get health care, safe homes, fair wages, and good jobs. Instead, he uses racism and fear to keep people divided and distracted while his billionaire buddies get tax cuts and make bigger profits.

He said nothing about the millions of Americans who suffered through the government shutdown when he couldn’t get his way on a wall most Americans don’t want. We’re supposed to be a democracy, but now he’s desperately grabbing power and threatening to declare an illegal and unconstitutional national emergency to force his wall through.

Not only does this anti-immigrant hysteria do nothing for security — it also undermines the economy. When immigrants have permission to work legally, their incomes rise, our towns thrive, and our whole economy grows for everyone. But by removing the paths to citizenship, he creates a permanent underclass who risk being fired without notice, like the employees at his country clubs.

A wall won’t protect us from the demons in Donald Trump’s head. So how do we protect our families from Donald Trump?

To start with, we should help the Dreamers like Trump said he would. Jorge, my husband, was just a year too old to qualify for it, but the DACA (Deferred Action for Childhood Arrivals) program has helped hundreds of thousands of young people who, like Jorge, have called America home most of their lives.

We also pinned our hopes on DAPA (Deferred Action for Parents of Americans) which would have allowed people like my husband to stay after they’d been here so long they’d put down roots and started a family. Instead, in Trump’s America, my husband was ripped from us and sent to a country he has never known.

Trump’s actions are perfectly clear: He’s not interested in keeping us safe, making families strong, or keeping his promises to Dreamers. He’s only interested in staying in power and lining his friends’ pockets.

Well, I’ve got news for him: People aren’t buying these divisive and and hate-filled lies. We know better. We’re demanding solutions that keep families, like mine, together.

Cindy Garcia was born in Michigan and is raising her three children in suburban Detroit. She’s a member of Michigan United, part of the People’s Action network. Distributed by OtherWords.org.