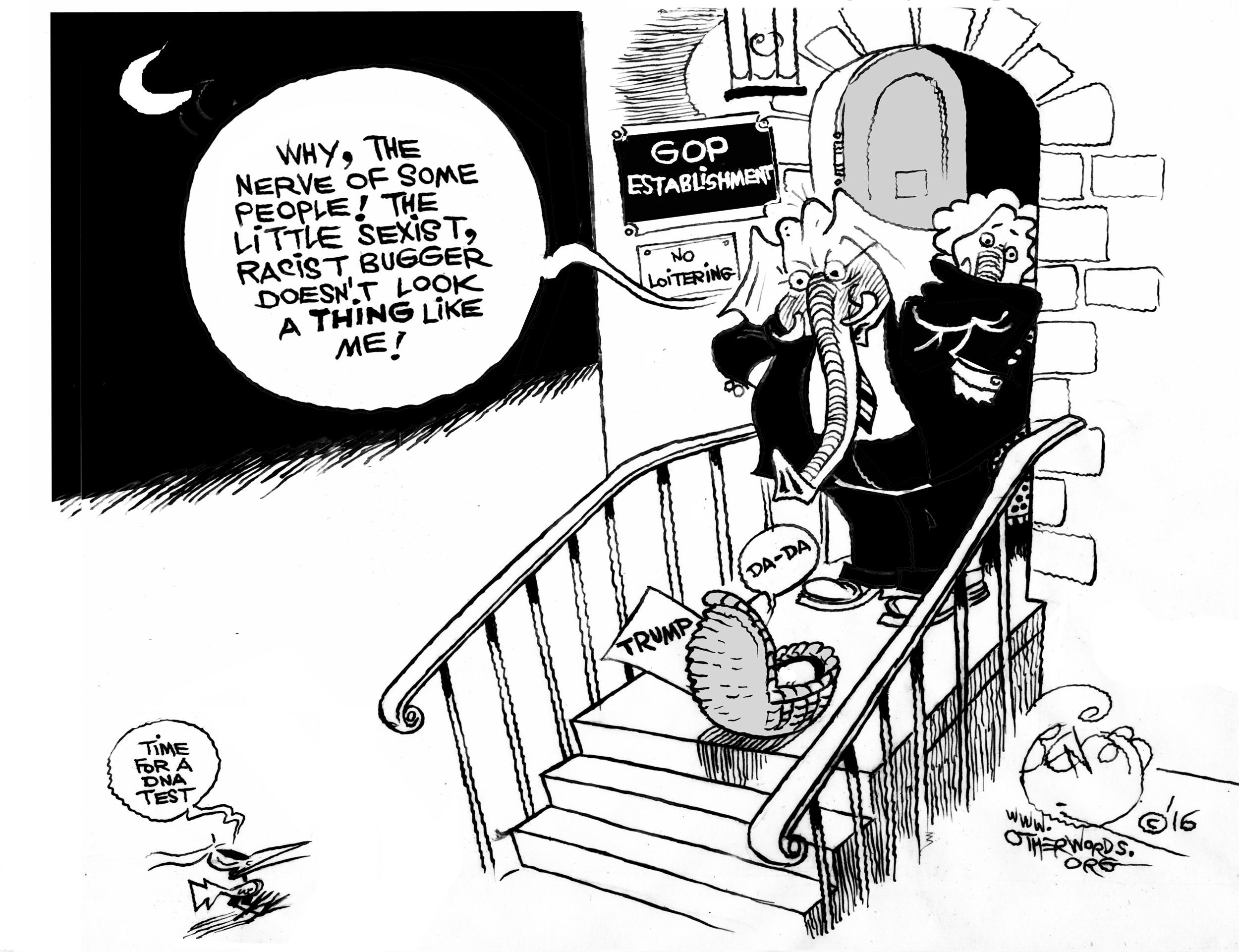 Trump’s America: A Shining Outhouse on a Hill

When Donald Trump announced he was running for president, I mocked him. “Of the United States?” I asked. (I got a C- in Mockery when I was in college, unfortunately.)

When he jumped into the lead almost immediately, I laughed. “The higher the climb, the harder the fall,” I said. (I did better in Pithy Quotations.)

When the early campaigning found him doing well in such disparate states as Nevada, New Hampshire, and South Carolina, I fell into denial. “He’ll never, ever be the Republican nominee,” I said. “Republicans are too sensible.”

Then Super Tuesday happened and Trump basically wiped the floor with his opponents, who finally paused their fights with each other to join in a pathetic mass spitball attack on Trump. They were joined by the ghostly reappearance of Mitt Romney, who as usual was a day late and a dollar short. 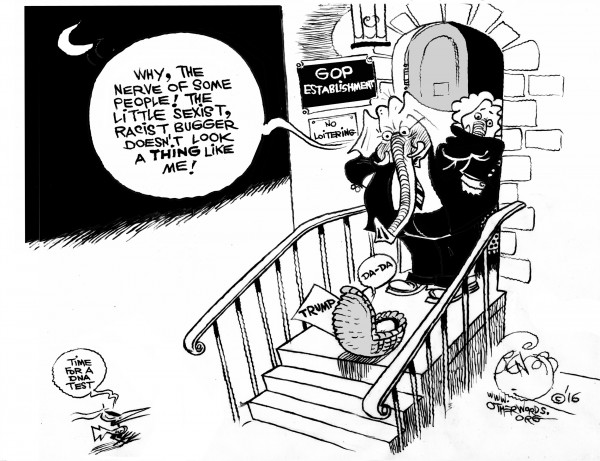 So I give up. I’m now convinced that Donald Trump is going to be the Republican nominee for the presidency. Yes, of the United States.

He crisscrossed the country and stitched together a diverse group of people — young and old, conservative and moderate, well-educated and “poorly educated,” Southern and Northern.

They’re united by a single characteristic: They’re no smarter than a box of rocks.

That, it turned out, was enough. I don’t know whether it will be enough to beat Hillary Clinton or Bernie Sanders (if the Vermont senator’s unexpected Michigan win portends a real turnaround), but to tell you the truth I wouldn’t be surprised. Shocked, yes. Surprised, no.

Well, you know what they say: If you can’t beat ‘em, join ‘em. In that spirit I would like to put forth the reasons that I, from now on, support Donald Trump.

And, don’t forget, George W. Bush came into office surrounded by what was described as a “dream team” of foreign policy advisers — Dick Cheney, Donald Rumsfeld, and Paul Wolfowitz. Hello Iraq invasion and endless war in the Middle East.

Trump tells it like it isn’t. And he lies, but that’s good too. Why should we be the only country that tells the truth? Does China? North Korea? Iran? Russia? Don’t be silly.

We need a leader who will match our enemies lie for lie, and Trump has shown a real genius for that. He can tell a lie and make it sound like an unpleasant truth.

He has no respect for anyone — nor should he. The kind of people he hangs around with don’t deserve respect. A perfect example of that is Chris Christie, the governor of New Jersey who endorsed Trump after ending his own bid.

Christie immediately made himself useful by whacking Marco Rubio in a drive-by, but did that make Trump grateful?

No, he’s too big for gratitude. He treated Christie like the lackey he’d become. For me one of the great images of the campaign was Christie standing behind Trump during a rally, wearing that 1,000-yard stare one associates with a soldier who’s survived a bombing.

Anyone who can reduce a bully like Christie to a hand-licking toady with such effortless ease can’t be all bad.

Finally, Trump flip-flops on issues — another strong point. We live in volatile times that demand constant reassessment of one’s positions on issues. The king and queen of this technique are none other than Bill and Hillary Clinton, who are able not only to change positions on a dime but to occupy both sides of an issue simultaneously. Trump isn’t quite their equal yet, but he’s close.

Now you see why I’m for The Donald. He’ll make America great again. It will be a shining outhouse on a hill.