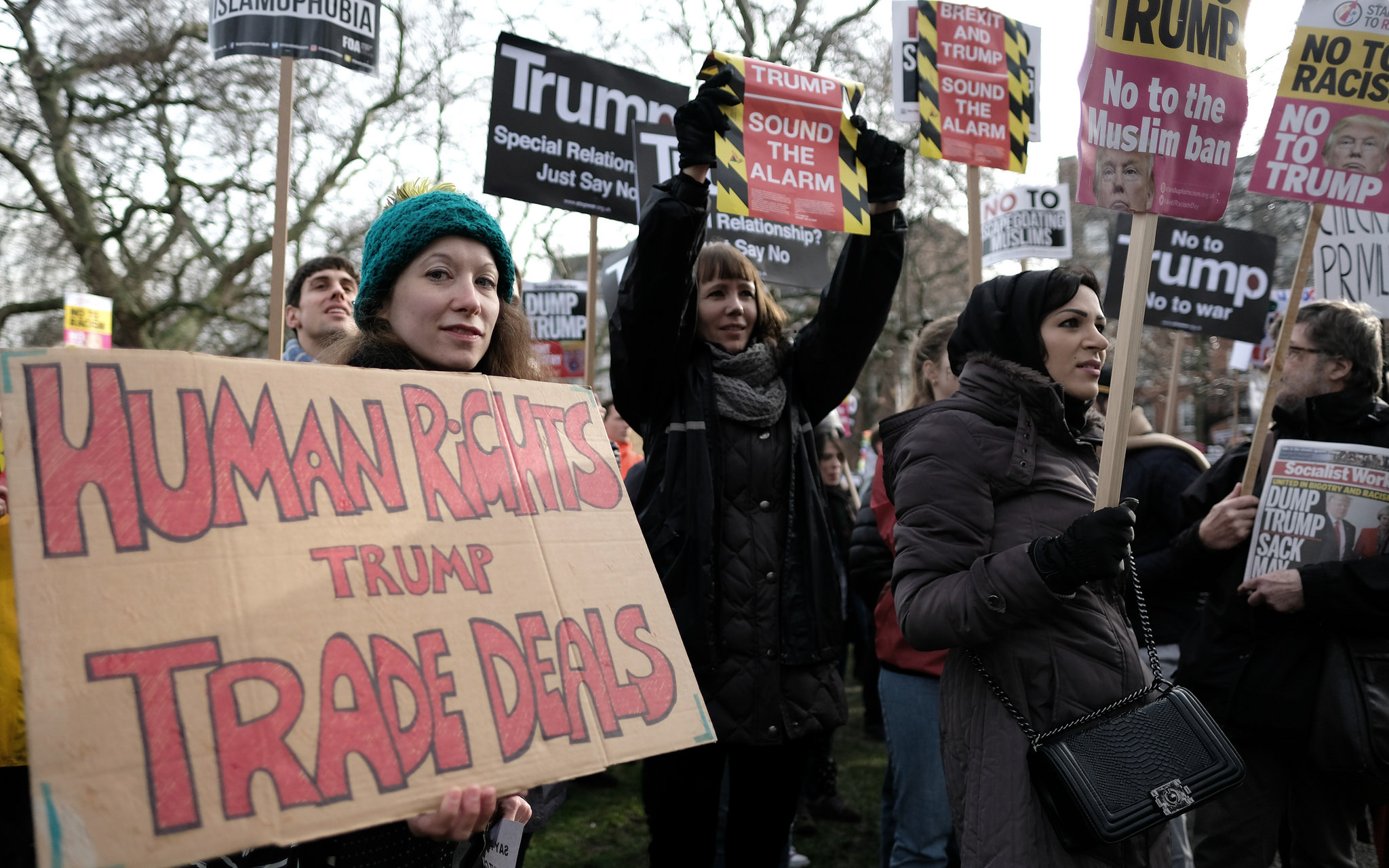 In his first week in office, he made good on that promise by withdrawing from the Trans-Pacific Partnership (TPP), a trade pact negotiated by the Obama administration.

Yet in the same week, he unleashed a torrent of policies just as bad, if not worse, for workers than the trade deal itself.

Trump was right about one thing: The TPP was a bad deal. But while he convinced his supporters that trade deals are rigged against them, he never did say who does the rigging: big business.

If we don’t get that right, American workers are still going to get hurt.

Trump supporters and progressives agree on very few issues, but opposition to free trade agreements is one of them. Both Trump and Bernie Sanders railed against the TPP during the presidential campaign, along with NAFTA and other past trade agreements they blamed for hollowing out the American manufacturing sector. 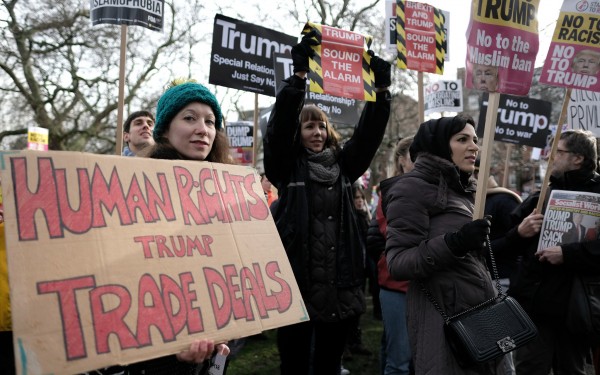 This bipartisan opposition stands in sharp contrast to the Clinton, Bush, and Obama administrations’ warm embrace of free trade. It comes, however, from two very different ideological positions.

Trump thinks the central fight on trade is between different countries. China, he says, is “stealing” our jobs. They’re “winning,” and we’re “losing.”

This jingoistic bluster resonated in former industrial centers ravaged by bad trade deals — places like Pennsylvania, Ohio, Michigan, and Wisconsin. (Never mind that most of the products with the Trump logo on it aren’t made in the United States.)

In Trump’s world, bad trade deals help foreigners steal American jobs. Yet he never acknowledges the multi-national corporations who drive those deals. They’re the ones whose stock prices go up when factories in the Midwest shut down and American workers are replaced by people in China, Mexico, or Bangladesh earning a fraction of the pay.

Unlike Main Street businesses in your town, these corporations aren’t beholden to nation states. Their CEOs don’t care about promoting American values or contributing to civil society. If they did, they wouldn’t hide trillions of dollars’ worth of wealth in offshore tax shelters.

Trump may have spiked the TPP, but he’s still letting big businesses like these write rules that are unequivocally bad for American workers.

Consider Andy Puzder, the former fast food CEO Trump picked to lead the Department of Labor. Puzder proudly opposes raising the federal minimum wage, which at $7.25 an hour is currently lower than the cost of living in every major city in the country.

Or consider Trump’s recent executive order to roll back regulations on the reckless Wall Street behavior that caused the 2008 financial crisis. Or his plan to drive up the national debt by cutting taxes for corporations and the top 1 percent.

In opposing the TPP, Trump blocked a bad deal that could’ve had serious negative consequences for American workers. But with his appointments and policy preferences, he’s still going to let big business write the rules — on everything from their taxes to your wages.

That’s in stark contrast to the needs of working families, many of whom helped elect him. Talk about a bad deal.