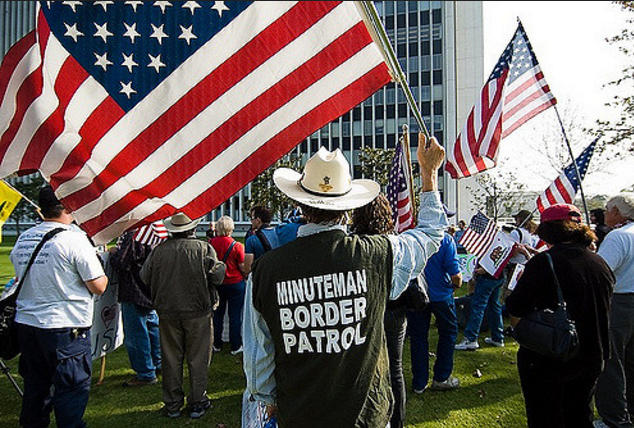 Many of the GOP front-runner's worst proposals are playing out already.
By Janine Jackson | April 20, 2016

Readers of The Boston Globe were recently treated to an unusual spectacle — a parody front page and insert filled with mock stories of how a Donald Trump presidency might play out.

“Deportations to Begin… Riots Continue,” read one headline, riffing on the candidate’s call to staff up immigration officers and deport all undocumented workers. “U.S. Soldiers Refuse Orders to Kill ISIS Families” read another reference to a real proposal by the GOP front-runner.

It’s easy enough to credit the Globe‘s intention, which editors said was to show that Trump’s “vision for the future of our nation is as deeply disturbing as it is profoundly un-American.” The trouble is, many of these hypothetical future nightmares are very much of the present — if in a lesser or more polite form. 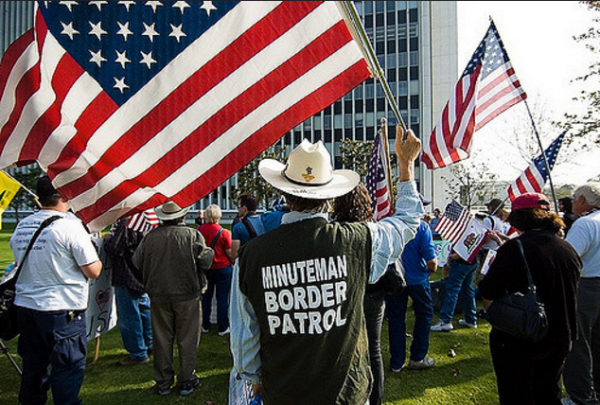 In other words, Trump’s vision isn’t so much “un-American” as it is America on steroids.

And lamentably, the U.S. military has in fact attacked the innocent families of its adversaries. According to one estimate revealed by The Intercept in 2015, over 90 percent of the people killed in drone strikes during a one-month period in Afghanistan were not the “intended target.”

Some of those victims were almost certainly family members, particularly when you consider the practice of “double tap” drone strikes. That’s where an attack on a suspected militant is followed by a second strike targeting rescue workers — or, in some cases, the first target’s funeral.

The Globe is far from alone in giving the novelty of Trump’s dystopian ideas too much credit.

For instance, media blanched at Trump’s claim that there should be “some form of punishment” for women who have abortions. A New York Times writer called the remarks “incoherent” while other pundits identified them as a key factor in Trump’s Wisconsin loss.

That show of outrage sat poorly with Jodi Jacobsen of the website Rewire. She pointed out that women are already punished for seeking abortions — from untenable waiting periods and distance restrictions to limits on access to abortion medications. Some even go to jail for allegedly attempting to induce miscarriages when safe and legal abortions are unavailable.

If punishing women for their reproductive choices is alarming when Trump proposes it, isn’t the reality of it being part of the American health care system more disturbing?

Likewise, Trump’s “plan” to make Mexico pay for his fantasy border wall involves seizing the money Mexicans living in the United States transfer to their relatives in Mexico. Pundits chuckled at the idea’s impracticality and unfairness.

If only that had been their attitude last year, when U.S. banks stopped offering money transfers to Somalia, citing concern that terrorists might somehow get hold of that cash. This move cut off funds sent to family members for food and medicine — money that contributed more to Somalia’s economy than foreign aid.

In the heat of election season, reporters tend to focus on the latest comment from the loudest voice. But a press corps focused on personality rather than policy isn’t in voters’ best interest.

One sure sign? The failure to recognize bad ideas unless they arrive on an obvious stream of hot air.

Janine Jackson is the program director at the media watchdog group Fairness and Accuracy in Reporting, or FAIR. Distributed by OtherWords.org.