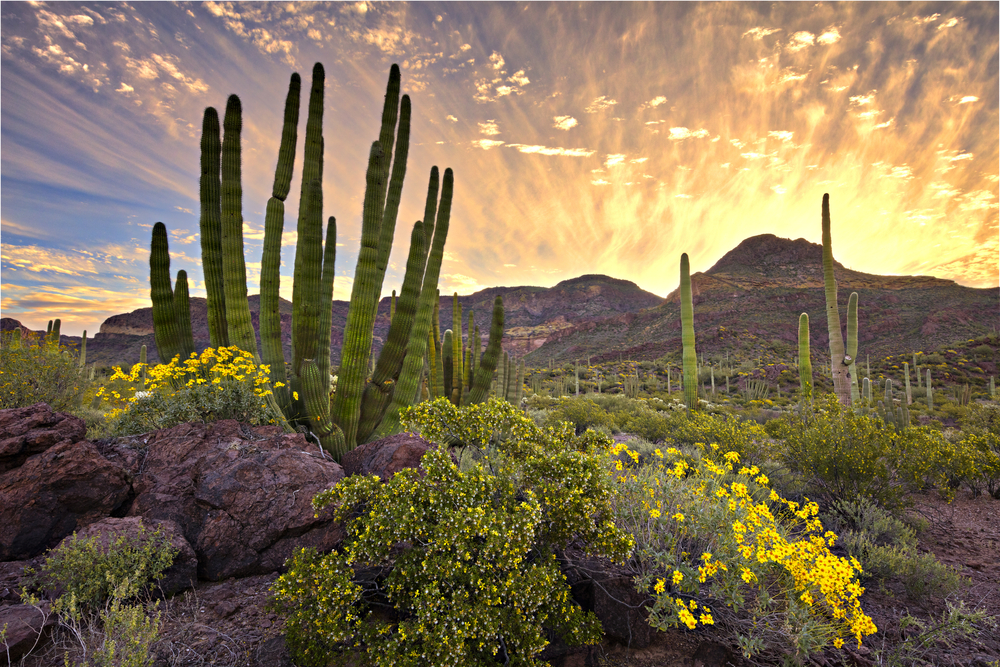 I have spent the past seven years studying the rich biological communities of Arizona’s Sonoran Desert.

Few places there are more captivating than the Organ Pipe Cactus National Monument. The monument is home to breathtaking cacti that have stood for over a century, as well as several endangered animal species. It’s also the rightful, sacred land of the Indigenous O’odham Nation.

Despite the awe I have felt there in the past, I haven’t visited Organ Pipe recently. It’s just too heartbreaking.

Why? Because right now, President Trump’s border wall is turning the landscape into an ecological dystopia.

The Department of Homeland Security is leveling this precious habitat with absolutely no regard for the delicacy of this place’s unique cultural and ecological resources, ravaging one of the most iconic sites in the Western hemisphere. They’re even blowing up mountains like Monument Hill, an O’odham sacred site, to make way for the wall.

This irreversible destruction is an atrocity for our communities and our planet.

Wall construction is shaping up to be an all-out assault on all of Organ Pipe’s resources. Over the last few months, the Trump administration has been draining millions of gallons of groundwater to mix the wall’s concrete.

Because groundwater in our region often takes tens of thousands of years to recharge and is connected to springs in the region, this extraction is bringing about the death of Quitobaquito Springs, which is the only home of the Quitobaquito pupfish and sustains wildlife that would not otherwise be able to exist in this desert landscape.

Located on the traditional land of the Hia-Ced and Tohono O’odham Nations, Quitobaquito is surrounded by a host of sacred sites and archaeological resources worthy of protection. Scarce resources like water — and the communities and natural systems that depend on them — as well as cultural sites dating back centuries may never be replaced.

The Tohono O’odham Nation penned a powerful letter to the U.S. Border Patrol calling for a halt to the destruction, stressing the many tragedies occurring on their sacred lands: bulldozers ripping up their ancestors’ burial sites, their water resources being stolen, and the agency consistently ignoring their pleas for consultation.

The borderlands are rapidly turning into a hyper-militarized zone. As Arizona Rep. Raul Grijalva put it so accurately and tragically, “to DHS, nothing is sacred.”

One of the last times I visited Organ Pipe, I was stopped for “suspicious behavior.” I had simply pulled over my car to photograph and take notes of plant species. These are public lands that the Trump administration has taken over — all for a cruel and unpopular agenda — and yet they treat members of the public with deep suspicion and discrimination.

Even worse, the administration can waive all laws that protect our environment and health to wreak this disaster due to the READ ID Act — an overshot of authority DHS was given to strip protections like the National Environmental Policy, Endangered Species, and Clean Water Acts when building the wall.

Already, 41 laws have already been waived. These include nearly every act put in place to protect air, water, wilderness areas, and endangered species, as well as historic, archaeological, and human burial sites.

No wall is worth this damage.

The irreversible extraction of groundwater, the destruction of what is rightfully O’odham land, the disruption of animal migrations, and the human rights implications represent a grave injustice. We cannot stand for the militarization and destruction happening at places like Organ Pipe and across the border states.

The courts must stop the Trump administration from any further destruction. These places — and the life they sustain — are irreplaceable.

Kelsey Yule is a PhD ecologist and evolutionary biologist and volunteer with the Sierra Club’s borderlands campaign. This op-ed was distributed by OtherWords.org.