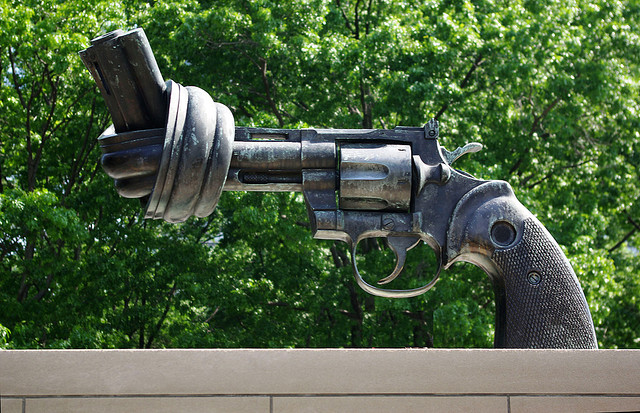 Turning our Tears into Action

We can't go back to business as usual with gun violence in America.
By Marc Morial | December 19, 2012

A movie theater in Aurora, Colorado. A Sikh Temple in Wisconsin. A shopping mall in Oregon. A political event outside a supermarket in Tucson, Arizona. The streets of big cities like Chicago. And now an elementary school in Newtown, Connecticut. When will the madness stop?

When will we take “meaningful action” to end gun violence in America? The latest high-profile mass shootings have taken the lives of too many innocent victims. And when those victims are small school children and their teachers, the weight of grief is almost too much to bear.

“These neighborhoods are our neighborhoods and these children are our children,” President Barack Obama aptly put it. “We’re going to have to come together and take meaningful action to prevent more tragedies like this.” 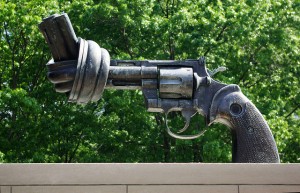 A weight of responsibility also falls on our shoulders. Immediately after one of these mass killings, someone always says it’s too soon to talk about sensible gun control measures. We must take time to grieve first. But after we’re done flying flags at half-staff and holding tearful memorial services, we invariably go back to business as usual. I say, not this time.

As a father, a former mayor, and a life-long advocate of a safe and quality education for every child, I too am in mourning. But at the same time, I call on our leaders in Washington and in states across this nation, to take immediate action to protect our children and prevent the kind of senseless carnage we saw last week.

Even before this latest tragedy, for years, the National Urban League, which I lead, was a longstanding proponent of sensible gun control. In fact, on the day after the recent presidential election, I sent a letter to President Obama and the leaders in the House of Representatives in which I said: “The scourge of gun violence cries out for a comprehensive approach to community safety and crime reduction. This requires stronger enforcement of existing gun laws and re-enactment of the assault weapons ban.”

We’ve asked Obama and Congress to make this a top priority for the next four years.

Gun violence has often been associated with poor, urban neighborhoods, and it is true that urban violence is much too prevalent. But most of these mass shootings have occurred in quiet, suburban towns where crime is typically low and gun ownership is high. Gun violence can happen anywhere and to anyone. The one common denominator is easy access to guns.

In a nation of 312 million, there are 270 million privately held firearms. It’s no coincidence that America has the highest gun-related murder rate of any developed country. And it’s not just criminal gun violence. There are a substantial number of gun-related suicides and accidental deaths.

Just last week, a 3-year-old Oklahoma boy found a gun in a relative’s home, shot himself in the head, and died. Clearly, fewer guns in America and none in the wrong hands must be part of the solution. We are pleased that Senator Dianne Feinstein (D-CA) has pledged to introduce a gun control bill on the first day of the next Congress that would limit the sale, transfer, and possession of assault weapons, along with high-capacity magazines. She expects Obama to back this law.

We hope so. It’s time to turn our tears into action.