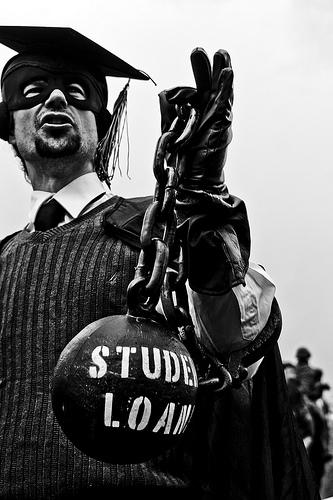 Turning College Students into a Commodity

After graduation, students' incomes would be "attached" by financiers.
By Jim Hightower | August 6, 2012

Let’s take a trip deep into the magic kingdom of “Laissez Fairyland” and prostrate ourselves before the infallible and inscrutable force known as the free market. 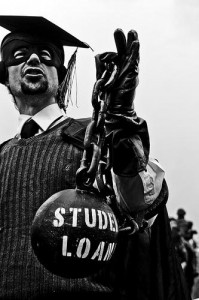 While this awesome deity cannot be seen, the high priests of free-market fundamentalism insist that we mere mortals must simply have faith that its mysterious workings are always in our best interest. Yeah, sure, your holiness. We saw how well that worked out for us wandering pilgrims after you true believers deregulated Wall Street, which then crashed on our streets.

Well, get ready. Free-market purists want us to have another ungodly religious encounter with their omnipotent deity. Looking at America’s trillion-dollar student debt crisis, these spiritualists had a burning-bush revelation.

The crisis can be healed by letting the magic market (aka Wall Street) lay its hands on the funding of college education. Get the government out of the student loan business, they preach, and let global speculators invest directly in students by covering their tuition. In other words, turn students into just another Wall Street commodity to be purchased by the wealthy.

But venture capitalists expect fat returns on their investments. What do they get back for covering some kid’s tuition? A chunk of the kid’s future, that’s what. After graduation, students’ incomes would be attached by the financiers. And, since the free-market doctrine dictates that investors should always seek to maximize their returns, they would have a direct interest (and maybe even a legal right) in making their investees pursue careers that make the most money for them.

The first thing to know about the free market is that it’s not free, and turning Wall Street loose on college students will turn them into chattel, effectively indentured to investors.