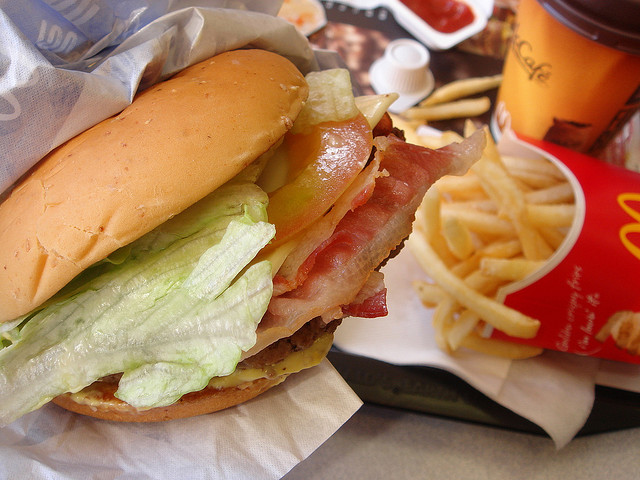 McDonald's isn't making its food any better, but it sure wants you to think it is.
By Jill Richardson | June 17, 2015

There’s no other way to say it. The global fast food chain has experienced declining U.S. sales for well over a year now. But why?

I’d love to gloat that Americans have finally caught on that the Golden Arches peddles terrible food, but that might not be the case.

Theories for the slump abound.

Some believe the menu is too confusing, slowing down service. Others say that consumers are drifting toward fast-casual chains like Chipotle and Panera, even if their food costs more. And Consumer Reports notes that McDonald’s has the worst-tasting burger compared to 20 competitors.

Even McDonald’s itself doesn’t seem to be sure. The company has introduced a Create Your Taste option, allowing consumers to customize their burgers. It promised to stop serving chicken raised with some antibiotics. In Southern California, the chain even tried serving kale.

McKale? No, just no.

Fortune magazine concluded that “A growing segment of restaurant goers are choosing ‘fresh and healthy’ over ‘fast and convenient,’ and McDonald’s is having trouble convincing consumers that it’s both. Or even can be both.” 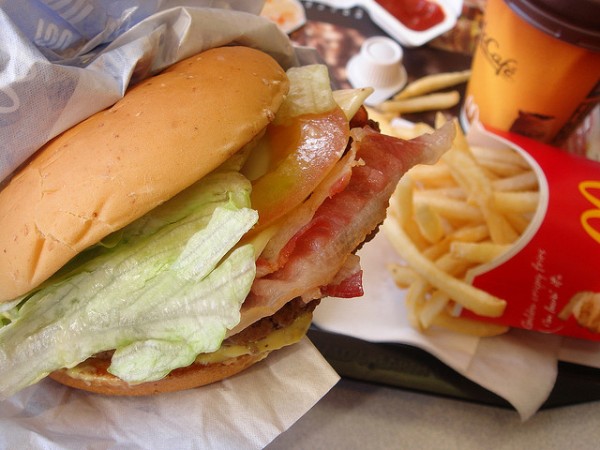 Which brings me to the chain’s latest move: hiring former White House Press Secretary Robert Gibbs as its head of communications.

The talking point du jour is that McDonald’s wants to build a “modern, progressive burger company.” What does that even mean?

You’ve got to give it to them, though — it at least sounds better than “Please forget about that Supersize Me movie.”

McDonald’s didn’t stop with hiring Gibbs, however. The Golden Arches brought on board another corporate superstar, Silvia Lagnado, as its head of marketing. Lagnado has previously worked for Dove, Unilever, and Bacardi.

This points to a tactic I learned back in business school: When consumers don’t like your products, you can either make your products better…or simply make your customers think they’re better.

With this move, McDonald’s seems to be taking the latter route.

Articles analyzing the company’s poor sales underscore some reasons why consumers have turned their back on the chain. Instead of adding a few leaves of kale here and there, why not remove the anti-foaming agent in the French fries?

In other words, instead of putting lipstick on a factory-farmed pig, why not switch to serving more ethical foods?

I have no love for the chain, but I hope McDonald’s new marketing gurus guide them toward real change, and not just a new advertising campaign.

Just because billboards and jingles repeatedly tell us we’re “lovin’ it,” that doesn’t make it true. If McDonald’s opts for new slogans instead of making substantial changes, send them a message by buying better food somewhere else.