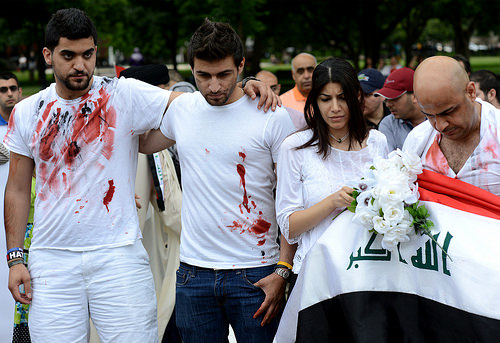 The Next Round of an Unwinnable War Beckons

Once again, a U.S. president vows to eliminate an extremist militia in the Middle East to make the region, and Americans, safe.

And that means it’s time again for a reality check. Having failed in its bid to destroy the Taliban and al-Qaeda in Afghanistan, the United States is still trying to dismantle both organizations. Over the course of 13 years of war, that mission has spread to Syria, Iraq, Yemen, Somalia, Libya, Mali, and West Africa, as militant groups on two continents have adopted the al-Qaeda brand. 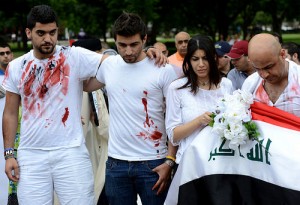 Contrary to normal logic, the White House wants everyone to see this failure as a badge of expertise. As President Barack Obama vowed in an interview on Meet the Press, fighting the Islamic State forces “is something we know how to do,” mainly because we’ve been battling similar groups “for five, six, seven years.”

Years of air strikes, drone-operated killings, and covert operations have brought neither peace nor safety to the region and its people. Estimates of the death toll from U.S. attacks in Pakistan, Yemen, and Somalia alone range from 3,100 to 5,400, including 570-1,200 civilians. Precise figures are impossible to obtain since the strikes remain classified, and investigating drone attacks is difficult and dangerous work.

Nor has the drone campaign halted the proliferation of groups seeking to link their — usually local — agendas to the idea of a global struggle represented by al-Qaeda. Indiscriminate killing — and the constant fear of death from above — has only destroyed communities and provided easy recruitment material for extremist groups.

Obama promises that his plan to combat and destroy the Islamic State forces will also address the underlying political problems in Iraq and Syria. Such claims are tenuous, at best. What’s far more certain is that all military campaigns have unintended consequences, some of which don’t appear for many years afterward.

The Islamic State itself is largely a product of the U.S. invasion and occupation of Iraq. Dismantling the Iraqi state and rebuilding it along sectarian lines produced an authoritarian government dominated by Shiite Islamists who ignored minority grievances and often suppressed dissent with bullets. The result? An entrenched civil war with no end in sight.

Although U.S. media coverage of the violence in Iraq subsided following the withdrawal of combat troops, sectarian attacks against civilians have continued. Car bombs, street assaults, and kidnappings have transformed Baghdad into a city segregated by sect. Large parts of the country, including the Sunni majority areas in the west and north, feel abandoned by the central government.

These political tensions are the reason why the Islamic State has found some support in the areas it has taken over. Bombing Islamic State targets — especially where they are embedded in communities and liable to cause civilian casualties — carries no promise of changing this dynamic for the better. It’s more likely to change it for the worse.

The Islamic State is indeed a danger to the people of the region and to efforts to resolve the political conflicts in Iraq and Syria. Yet the past decade has shown, again and again, that American firepower doesn’t solve these problems. Even if Washington manages to help destroy this al-Qaeda spinoff, the grievances that give rise to groups like it can’t be bombed out of existence.

The campaign formerly called “the War on Terror” has only proven to perpetuate both war and terror. No amount of rebranding or wishful thinking will change that reality this time around.