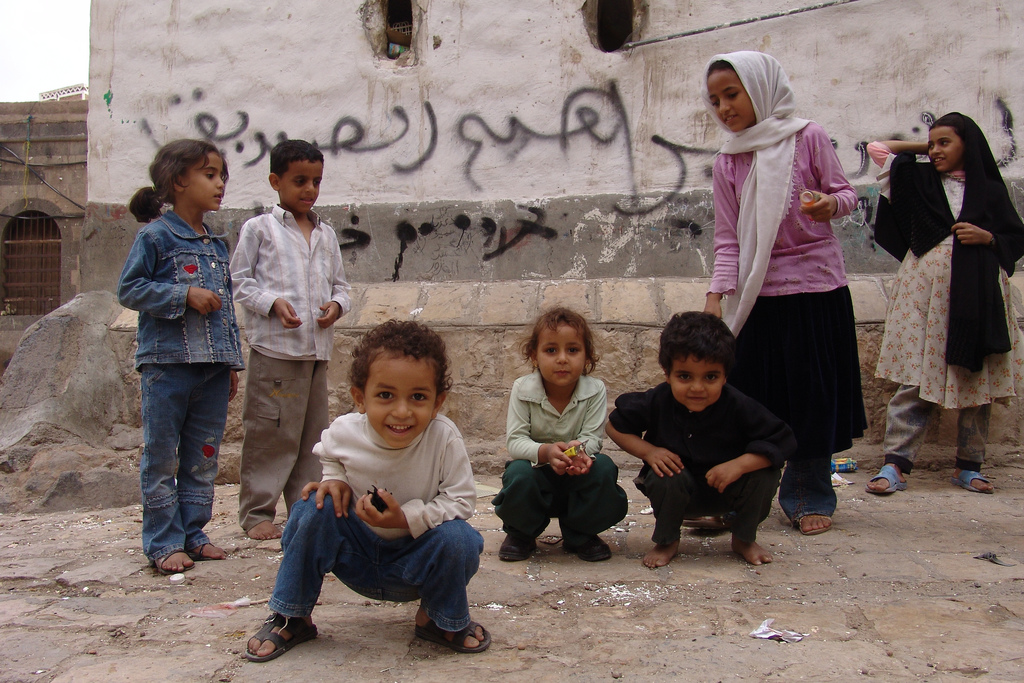 Saudi Arabia is using billions in U.S. aid to fund their onslaught of innocent civilians in Yemen, but it's not too late for Congress to stop this madness.
By Medea Benjamin | August 24, 2016

When Pope Francis visited the U.S. Congress in September 2015, he boldly posed a moral challenge to his American hosts, asking: “Why are deadly weapons being sold to those who plan to inflict untold suffering on individuals and society?”

“Sadly, the answer, as we all know, is simply for money,” he solemnly concluded. “Money that is drenched in blood.”

During his almost eight years in office, President Obama has approved a jaw-dropping, record-breaking $110 billion in weapons sales to the repressive Saudi regime, all with Congressional backing.

“In the face of this shameful and culpable silence, it is our duty to confront the problem and stop the arms trade,” Pope Francis said. Our lawmakers have failed miserably at heeding the Pope’s call. 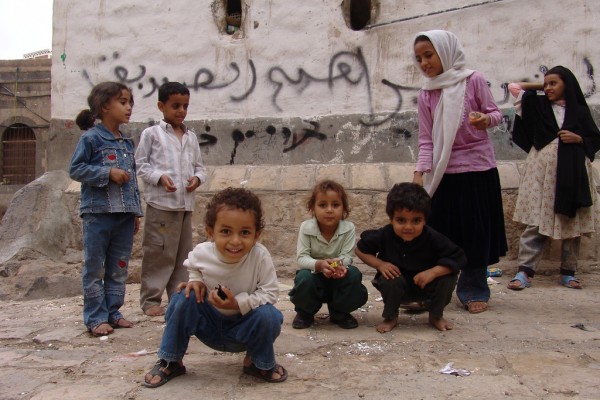 Manufacturers such as Boeing, Raytheon, Lockheed Martin, General Dynamics, and McDonnell Douglas have been pushing these sales to offset military spending cuts in the United States and Europe. These weapons manufacturers spend millions on lobbying, filling the campaign coffers of both Republicans and Democrats.

In addition to that lobbying power, U.S. officials were pressured to placate Saudi Arabia after the Obama administration made a deal with its adversary, Iran. That appeasement came in the form of a level and quality of arms exports that should’ve never been approved for a repressive regime with an atrocious human rights record.

Saudi Arabia is the number one exporter of radical Islamic extremism on the planet. Fifteen of the 19 Sep. 11 hijackers were radicalized Saudi citizens. The regime oppresses religious minorities, women, LGBT people, and dissidents, while dozens of non-violent participants in their own Arab Spring protests face execution, usually by beheading.

The Pentagon says that providing the Saudis with F-15s bombers, Apache helicopters, armored vehicles, missiles, and bombs supports Saudi Arabian defense missions and helps promote stability in the region. But since March 2015, the Saudis have being using these weapons offensively to intervene in neighboring Yemen.

Their relentless onslaught has killed thousands of innocent civilians, decimated Yemen’s infrastructure, and left more than 21 million people—that’s 4 out of 5 Yemenis—desperately in need of humanitarian assistance. The United Nations has said that Saudi air strikes on civilian targets likely constitute war crimes and calls the situation in Yemen a “catastrophe.”

Despite this carnage, the Obama administration just announced an additional $1.15 billion in Saudi weapons sales.

In the week following that announcement, the Saudis bombed a Yemeni potato chip factory, a school, a residential neighborhood, and a Doctors Without Borders-run hospital. Most of the dead and wounded were women and children.

But it’s not too late for Congress to stop this madness.

By law, they have 30 days after arms sales are announced to stop or modify the deals. And despite the overall apathetic response to the crisis in Yemen, not all members of Congress are turning a blind eye to the violence.

California Democratic Congressman Ted Leiu, for example, is ready to take a stand. “When Saudi Arabia continues to kill civilians, and in this case children, enough is enough,” he said.

Senators Chris Murphy and Rand Paul have also come out against the sale. But for the sake of thousands of innocent civilians who could be slaughtered with these weapons, many more members must act quickly.

Medea Benjamin is the cofounder of the peace group CODEPINK and the author of nine books, including the recently released Kingdom of the Unjust: Behind the U.S.-Saudi Connection. Distributed by OtherWords.