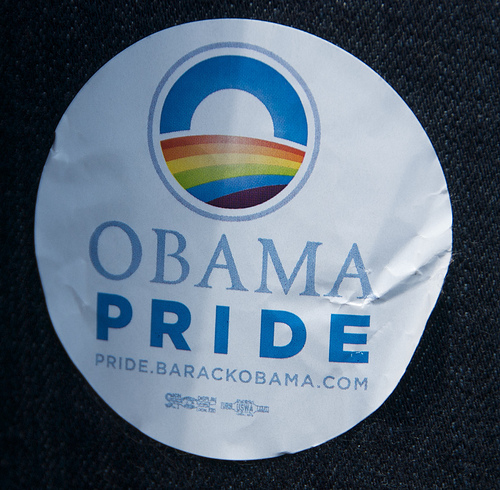 Conservatives will miss gay-bashing as an electoral strategy.
By Emily Schwartz Greco, William A. Collins | January 30, 2013

Wow. In his second inaugural speech, President Barack Obama finally sounded like the guy progressives thought would be governing the United States starting in 2009.

If he puts those poetic words into action, he may leave a much stronger legacy after eight years than he did in his first term.

Perhaps the biggest thing he did was proclaim solidarity with gay Americans at a level never seen before in this kind of address.

“Our journey is not complete until our gay brothers and sisters are treated like anyone else under the law,” Obama said. “For if we are truly created equal, then surely the love we commit to one another must be equal, as well.”

Was that as brave as it might appear? Perhaps. While Obama probably won’t ever have to win a campaign again, he does still have to pay attention to the Democratic Party’s prospects — especially in 2014.

But Obama’s call for gay rights in his inauguration speech isn’t the first sign that gay-bashing no longer works wonders at the polls. Marriage equality ballot initiatives in Maryland, Washington state, and Maine prevailed in 2012. Similar rights may be achieved through a more straightforward legislative process in five states in the near future: Illinois, Hawaii, Rhode Island, Minnesota, and Delaware. 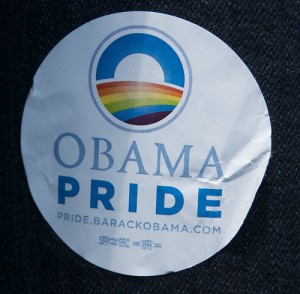 This is a clear win for our nation’s integrity. As Obama put it: “Peace in our time requires the constant advance of those principles that our common creed describes; tolerance and opportunity, human dignity and justice.”

At this rate, it won’t be long until gay-bashing becomes as absurd as calling for Big Oil to put the lead back into our gasoline.

Those poor right-wingers. Finding winning campaign issues is getting tougher and tougher for them.

War won’t do anymore. Especially after our miserable failure to export democracy to Iraq and Afghanistan, it’s no easy sell.

Joking about climate change is passé. After Superstorm Sandy leveled entire New York neighborhoods and the drought parched much of the Missouri Valley, pretending it doesn’t exist is getting too hard for all but the most reality-challenged politicians.

Even sounding tough about government spending is tricky. Before the hyped-up “fiscal cliff” negotiations made calls for “entitlement cuts” routine, any talk of even trimming Medicare or Social Security benefits was seen as political suicide. Did you notice that even though Congress and the White House knew full well when we’d reach the cliff’s edge, they waited until Election Day to start any kind of serious negotiations over a budget deal? What, was the Office of Management and Budget on some kind of tropical vacation?

And while U.S. conservatives must increasingly rely on code, invoking “family values” and so forth to bash gays, this isn’t just hot air: Homosexuality is illegal in some 76 countries and in five it’s punishable by death.

But tolerance is spreading. Reportedly, the people in charge of the Boy Scouts are finally on the verge of ending a ban on gay scouts and leaders.

Conservatives will miss gay-bashing as an electoral strategy. After all, trumpeting hatred for gays requires no knowledge. It’s way less time-consuming to study up on this issue than to become an expert on things like climate change, joblessness, or drone warfare.

Besides, getting people to vote conservative seems to be easier if you focus on sex. The other stuff is just too boring.