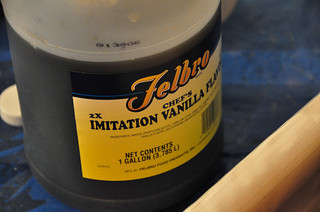 Genetic engineers just found a new way to put farmers in poor countries out of business.
By Jim Hightower | November 5, 2013

Isn’t it so inspiring to see global corporate giants crush small farmers, stomp on nature, circumvent our laws by hook or crook, and deceive and gouge consumers?

Welcome once again to the phantasmagoric world of DNA manipulators. In particular, this branch of genetic engineering wizardry calls itself “synthetic biology.”

Huh? Yes, that oxymoron means “fake life.” But the term is also moronic, for it’s the name of a crude and costly attempt by high-tech alchemists at such corporate powers as BASF and Cargill to genetically modify microorganisms to produce something wholly unnecessary: artificial flavorings and fragrances.

One of their first “achievements” is to use a powerful form of gene-altering technology to re-engineer yeast and make synthetic vanilla.

Hello — of all the world’s needs, why put so much money and scientific energy into something that’s stocked in every grocery store, both in a natural and artificial form?

Also, this corporate wizardry creates a massive threat to the livelihoods of thousands of small tropical farmers in developing nations. Madagascar, for example, one of the world’s poorest countries, has 80,000 farmers whose only reliable cash crop is the vanilla bean.

“I really count on that to make a living,” a Madagascar farmer told The New York Times.

Well, sniff the faraway synthetic makers (a Swiss outfit called Evolva), we can do it cheaper. But “can do” is not the same as “will do.” Even though the lab-made vanilla is not as good as nature’s own, corporations will use their political and marketing muscle to capture the market and jack-up prices.

Advertising gimmickry is already in play, for the synthetic biology industry is insisting that its fake stuff is a “natural” product. By that logic, the industry claims, this vanilla need not be labeled as a genetically engineered food — even though it is — in countries that make sure consumers get this information.

To get a bigger whiff of this outrage, check out the Friends of the Earth website at www.foe.org.