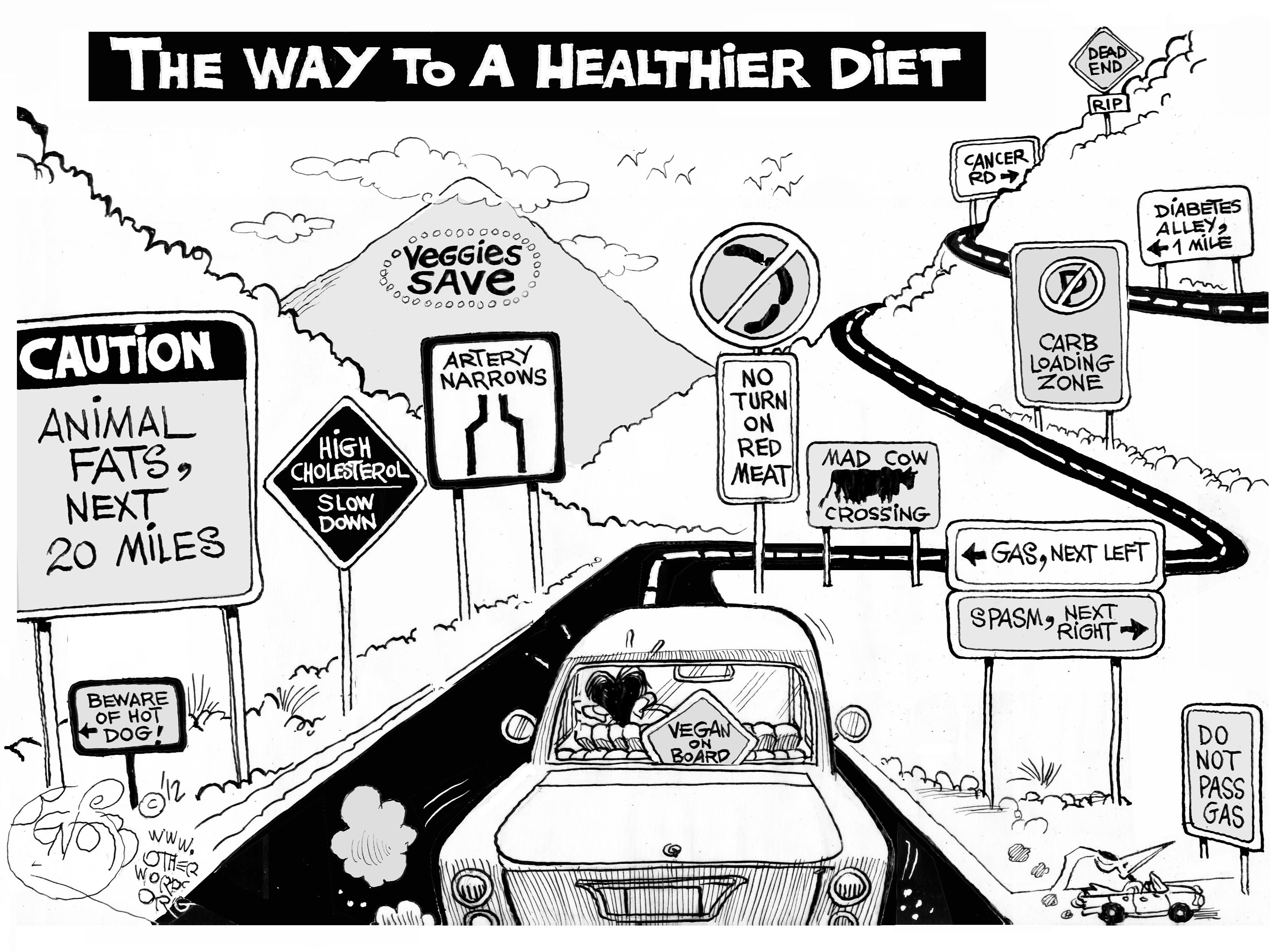 The vegetable is a quick cure for much if not most of our health problems.
By Donald Kaul | May 7, 2012

If you invented a pill that offers long life, good health, and a body to be proud of, you’d make a fortune. Bottles would fly off the shelves.

Suggest a change in behavior that achieved the same result, however, and what do you get? Catcalls, derisive comments, and rude e-mails.

Such was Michelle Obama’s reward when she launched her “Let’s Move” campaign more than two years ago. All she did was recommend feeding our kids better meals — fewer sweets, more vegetables, less calories — combined with more exercise.

You would have thought she’d advocated giving the little dears rat poison for lunch. Sarah Palin was characteristically obnoxious in her response, flaunting her passion for s’mores (that chocolate bar-toasted marshmallow-graham cracker horror) while she mocked the First Lady for attempting to substitute the judgment of the “Nanny State” for that of parents. Even for her, it was dumb.

After all, Let’s Move addresses a real issue: the super-sizing of our children. Studies have estimated that nearly one in five of our young people are obese and more than a third of them are overweight. Apparently we’re raising a generation of youngsters who think the basic food groups are fat, salt, and sugar, and that changing the battery in your Gameboy is exercise. 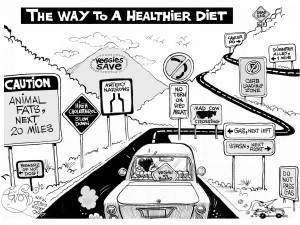 “Vegan on Board,” an OtherWords cartoon by Khalil Bendib.

This isn’t merely a recipe for being fat; it’s an invitation to diabetes, heart disease, osteoporosis, asthma, and even cancer.

Actually, the main problem with Ms. Obama’s efforts is that they’re too timid. If you really want to make the nation healthier, you have to declare war on American agriculture in general and meat in particular. There are mountains of persuasive research that indicate a plant-based diet is far, far healthier than the meat-based model.

Studies have found that a little meat is better for you than a lot, no meat is better than a little, and a vegan diet — no meat, fish, eggs, or dairy products (in others words, 90 percent of the farm economy) — is best of all.

Good luck trying to sell that one. The Bad Food lobby is one of the most powerful in Washington, up there with guns and oil. Any suggestion that our toxic agricultural industry is less than noble will bring instant political extinction. (Can you imagine a politician trying to win Iowa on a vegan platform? A gay atheist would have a better chance.)

I myself am a vegan of sorts and I’m here to tell you that it’s not an easy life. You’re OK when you can cook your own food (really), but going out is hard. Most restaurants offer very limited, unappetizing fare for people who don’t eat meat or dairy. Grocery stores, while better than they used to be, still aren’t great.

And you have to get used to that sickening silence on the other end of the line when you tell the person who’s inviting you to dinner that you don’t eat meat, cheese, fish, soup made from beef stock, or anything else he or she was planning to cook.

The way I handle that is…I cheat. I’ll order fish in a restaurant and eat what I’m served in someone else’s home. And when I go to a ballgame, I declare hotdogs a vegetable for the day. Mostly, though, I’m a vegan.

Why not? Catholics, for example, profess a high moral standard but still sin from time to time. That doesn’t mean they’re not Catholics; it simply means they’re human. As a matter of fact, I’m thinking of starting a Church of the Holy Vegetable and offering online confession booths to vegans who fall off the wagon from time to time. They could confess, be assigned a small penance, and receive absolution.

The life of a vegan is hard enough without walking around feeling guilty all of the time.