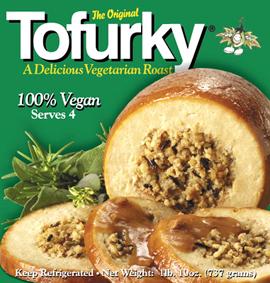 Moving to the big table wouldn't have been such a big deal if what you found when you got there was broccoli.
By Donald Kaul | November 21, 2011

Thanksgiving is upon us. I once loved this holiday above all others — but no more.

The day was an excuse for a gathering of the clan, without religious significance or pressure to buy everybody a useless present.

It was essentially a festival of food. In my family, the menfolk would assemble in the living room to argue politics or football. Meanwhile, the women, supervised by the oldest among them, would engineer the meal in the kitchen. We’d all meet at the dining room table, representing as many as four generations, and conduct the ritual of the turkey.

Oh yes, there was turkey. And ham, perhaps, as well as mashed potatoes, yams, cranberry sauce, and thick, brown gravy.

At least that’s the way it was at our house. Strays and friends orphaned by distance from their homes were always welcome. It was, as I said, my favorite holiday. Ozzie and Harriet would have been jealous.

Now, however, my wife and I have become vegans. Our Thanksgiving dinner will feature no turkey or ham. It will feature…vegetables.

That’s what vegans eat — vegetables. “Nothing with a face,” my stormtrooper vegan sister-in-law is fond of saying.

Which is nice for the fish and fowl, but I feel terrible.

Not having turkey at Thanksgiving is akin to an un-American activity. Even if historians aren’t certain that Miles Standish and his crew ate turkey on Thanksgiving, it’s a virtually sacred tradition in this country. How dare the vegan Mafia I live among undermine that noble tradition?

That argument has gotten me nowhere. It’s for my own good, they tell me.

There’s no doubt I will enjoy the meal. I married a good cook from a family of good cooks. But still.

It’s not the turkey, actually. I’m not sure I’ve ever eaten turkey except on Thanksgiving. It’s the principle of the thing, a thread of memory that reaches back into childhood when you sat at the card-table adjoining the big table until you’d reached a certain seniority. It was a big deal, moving to the big table.

It wouldn’t have been such a big deal if what you found when you got there was broccoli.

I suppose we’ll have meatless lasagna — always a reliable substitute — or some such. Tofu, maybe. Whoopee. (Tofu is a high-protein meat substitute made out of recycled newspapers.)

I’m thinking of carving a turkey out of balsa wood as a centerpiece for the table. Or maybe one made of paper mâché.

But all is not lost. We still have the Thanksgiving tradition of giving thanks for our blessings. Religious people give thanks to their God, non-believers to the Unknowable Void that makes things happen for reasons of its own.

This year I’m giving the Void thanks for the Republican slate of presidential hopefuls — Mitt, Newt, Michele, Rick, Herman, and Barney Fife. (Oops, sorry Mr. Paul. That was a slip of the tongue. Happy holidays to you, sir.)

We poor ink-stained wretches are a lonely lot, sitting in our cell-like rooms, staring for hours on end at our computers, making things up. It’s a hard job.

Candidates like the ones courting Republican voters cheer us up. Without them we’d be reduced to writing about the balance of payments, the threat of a Greek economic collapse, or the latest Kardashian divorce.

Instead we get to glory in Herman Cain’s…Herman Cainishness. Or Rick Perry’s bizarre performance recently in New Hampshire, where he resembled the tipsy host of a children’s program, talking to eight-year olds.

As one blogger put it: “The best case scenario is that he was drunk. The worst case is that he was sober, but drunk for all of his other appearances.”

The Republicans are a gift that keeps on giving. Thank you GOP, from the bottom of my tofu-glazed heart.