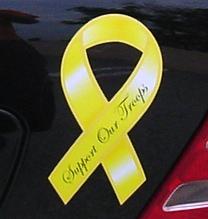 Veterans, the Human Rubble of Our Wars

A few years ago, recruiting was a more thankless job.
By William A. Collins | October 17, 2011

Back those troops
Where e’er they roam;
But let them suffer
When they’re home.

With great fanfare, President Barack Obama recently presented a Congressional Medal of Honor to Dakota Meyer, a living hero. Presidents don’t often get to do that. Normally the recipients are dead. This one appeared to be a 100 percent all-American boy, and no doubt this set off a new surge of patriotic young men zipping to their recruiters.

A few years ago, recruiting was a more thankless job. Young people were catching the drift of what war was really like. But the Great Recession cured all that. Now they have the drift of what unemployment is really like, and the horrors of war fade to gray. They also like the tales of college tuition, job training, or a smoother route to citizenship — sometimes true, sometimes not.

Of course, we don’t need so many recruits anymore, what with mercenaries, drones, and foreign troops filling in. But even Ivy League schools are reopening ROTC programs at the request of exuberant young empire builders.

But fast-forward to their return from the front. Many vets disembark at Andrews Air Force Base in boxes, others on gurneys, lots more in wheelchairs. These don’t make it onto TV. Neither do those who carry the images of gory bodies or repressed guilt as tiny cancer-like cells in their brains. All too often these cells metastasize into explosive violence or solitary suicide.

For those who survive the transition to home, a new war begins, this time with our government. The government is eager to dodge the inconvenient costs of caring for the same lads it earlier lured into war. It’s also reluctant to acknowledge some of their worst afflictions, specifically the ones that might hint at real but unspoken war crimes.

Thus it took the Pentagon 25 years to admit that perhaps Agent Orange might indeed have some connection to the cancer, lung disease, birth defects, and death visited upon our troops who served in Vietnam. (Never mind the millions of similarly afflicted Vietnamese.) Likewise, by 2006, around 11,000 veterans of the first Iraq war had died mysteriously of “Gulf War Syndrome,” a euphemism for the poisonous effects of the depleted uranium (DU) used in our tank and artillery shells. Other thousands struggle to get DU’s effects counted in their disability benefits. Iraqis need not apply.

Those yellow “Support Our Troops” magnets that the Pentagon bought to gin up enthusiasm for the war are now out of date. They don’t stick to wheelchairs. And the military no longer hankers for paternity of those expensive suffering veterans.

Troops suffering from emotional disorders or PTSD have it bad too. Commanders often want to order them right back to the front to advance the mission, even if they are emotionally too frail to go. But if they are plainly too ill, the brass commonly just discharges them. That way the military washes its hands of their problems and they can begin their long slog through the Department of Veterans Affairs.

Did we mention addiction? Not surprisingly, many heroes in Afghanistan turn to drugs to escape the daily game of dodge ball with death and dismemberment. After all, they grow the opium and heroin right there.

OtherWords columnist William A. Collins is a former state representative, former mayor of Norwalk, Connecticut, and a member of Veterans For Peace's national board. https://otherwords.org