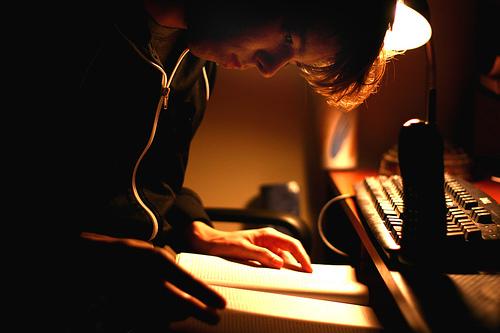 Virtually, Anything Goes with Online Education

The sounds of September: school bells ringing, loose-leaf binders snapping open and shut, sneakers squeaking on gymnasium floors. Next to apple pie, what could possibly be more American than these familiar sounds and the local public schools where we hear them?

But times change. Blackboards and chalk no longer grace every classroom. Even pre-kindergarteners in the best-equipped schools gather around interactive smartboards and tap away on tablet computers. With the Internet, we can share lessons across borders.

In the new Information Age, are local public schools becoming obsolete? Do we need a new model for educating our young? Some sort of revolution in teaching and learning? 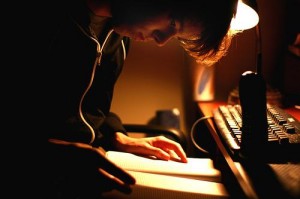 Questions like these demand thoughtful and patient democratic deliberation that we’re not getting. In today’s deeply unequal United States, we’re rushing to an educational future that profits our awesomely affluent few — at the expense of the rest of us.

The most striking manifestation of this rush: the near quarter-million elementary and high school students enrolled full-time in taxpayer-funded “virtual schools” that for-profit companies now operate in 27 states. These schools have no physical classrooms, no playgrounds — and no in-person teachers.

How does learning take place? In these online “academies,” even the youngest of students sit in front of their home computers. Their parents serve as “learning coaches,” following instructions they read on screen. Remotely located teachers monitor and grade the students. One of these remote teachers at the elementary level can have as many as 60 students.

The educational results from this “learning” process can be ugly. A New York Times investigation concluded that K12 Inc., one of the nation’s top two corporate virtual schoolers, squeezes profits “by raising enrollment, increasing teacher workload, and lowering standards.”

How could state education officials allow public tax dollars to underwrite these virtual disasters? Don’t we have rules and regulations designed to protect students from commercial exploitation?

We do. But in more and more states these rules don’t apply. What one analyst described as a tight-knit network of “right-wing millionaires and billionaires, bankers, industrialists, lobby shops, and hardcore ideologues” is carving out an ever-growing space where “virtually” anything goes.

In Maine, for instance, the state’s right-wing governor Paul LePage, has “formally embraced” a 10-point plan that effectively sweeps away hard-won protections for students — and taxpayers.

The text for an online education executive order the governor issued earlier this year, the Portland Press Herald recently revealed, came directly from a Florida think tank funded by the virtual school companies “that stand to make millions of dollars” as the governor’s new initiative goes forward.

These same corporations are also spending a bundle on lobbying and political contributions. And behind them lurk a host of super-rich conservative ideologues with a deep animus toward traditional public schools, what they call “islands of socialism in a free-market sea.”

Meanwhile, regular public schools are facing massive budget shortfalls. In 35 states, the Center on Budget and Policy Priorities just reported, state school funding has dropped below 2008 levels. Local school districts have had to eliminate over 328,000 jobs — at the same time the nation’s K-12 student population has increased by 535,000 students.

In today’s depressed economic times, schools don’t just have more students —they have more poor students. But corporate-friendly education “reformers” don’t like to talk about poverty.