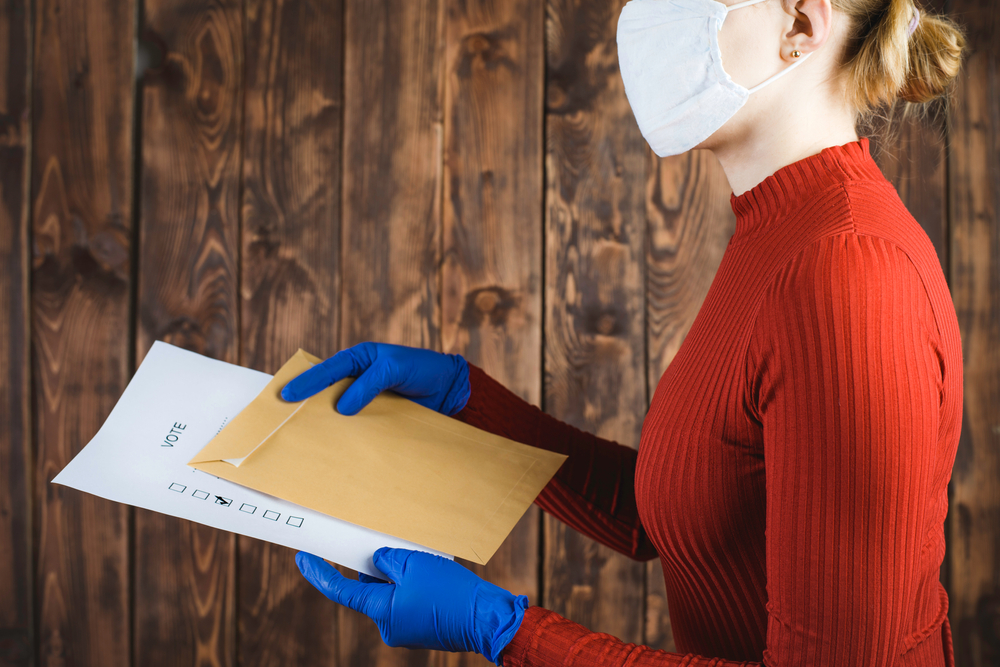 Voter Suppression in a Pandemic Election

Voting is more difficult than it should be in the best of times. In the pandemic, many states are adding barriers, not removing them.
By Jill Richardson | October 14, 2020

Although the United States hails itself as a bastion of representative democracy, voting regulations suppress the vote even in a normal year — and even more so during the pandemic.

Texas, for example, only allows absentee voting if voters are 65 or older, disabled, or incarcerated but eligible to vote. Even during COVID, the state won’t expand absentee voting to more of the state’s population, and they’ve fought tooth and nail in court to prevent counties with millions of residents from opening more than one drop-off point.

Absentee voting has also been a hot-button issue in Wisconsin, where I live. During the primary election, the state failed to send many voters their absentee ballots before the election.

Even when you get the ballot, the process can be burdensome. Wisconsin requires the signature of a witness on absentee ballots. During the primary, the state threw out 14,000 absentee ballots because they lacked witness signatures. In a general election, those 14,000 votes could swing the entire result.

Polling site closures are another major issue. Our most populous city, Milwaukee, had only five polling places in the primary. Voters had to stand in long lines and literally risk their lives to exercise their right to vote. Already, states like Georgia are seeing 10 and 11 hour lines even for early voting in the general election.

Voter ID laws are a problem across the country — even for absentee voters. Arkansas and Alabama require voters to mail a photocopy of their ID along with their ballots, a burdensome requirement.

Where Wisconsin gets it right is with same-day voter registration. In every state except one (North Dakota), you must register to vote or else you cannot vote. Another 21 states offer same-day voter registration. Every other state requires voters to register in advance, preventing an estimated 20 percent of eligible voters from exercising their right.

These are only some of the ways America keeps eligible citizens from voting. Our elections are held on a Tuesday, when most people work. Some areas, especially where there are large numbers of voters of color, have few polling places and long lines. In every state except for two, felons lose their right to vote for some period of time.

The result? In 2016, barely half of eligible U.S. voters actually voted.

In theory, these restrictions are intended to prevent fraud. But fraud is vanishingly rare.

Fraud is rare because it comes with a high risk and very low reward. You won’t swing an election in your favor by voting twice — or even ten times — but you could go to prison. But if you’re a politician, you can swing an election by enacting laws that keep your opponent’s supporters from voting.

Our electoral system is riddled with policies that amount to little more than voter suppression. America should work to expand voting to all eligible citizens so we can live up to the democratic ideals on which our nation was founded.