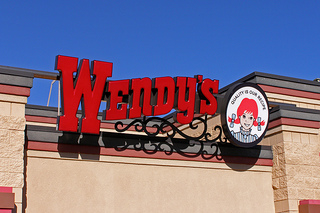 Wendy's should join its competitors and participate in the Fair Food Program.
By Kathleen Robin Joyce | August 6, 2013

Don’t eat at Wendy’s this week.

Across the country, people are picketing restaurants, calling corporate offices, and signing petitions against the fast food chain through August 11.

What’s this Week of Action against Wendy’s about? For years, the company has bucked industry trends and refused to cooperate with the Coalition of Immokalee Fair Food Program. 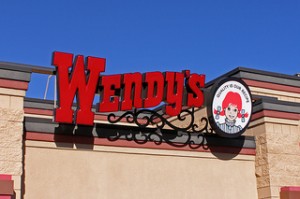 Grocery stores like Trader Joe’s and Whole Foods have signed up already too.

Wendy’s complaint about the Fair Food Program is the proposed wage hike for farm workers — a whopping one cent per pound increase — that participating buyers would pay.

By refusing the pay bump, Wendy’s rejects a code of conduct that would dramatically improve labor conditions for Florida farmworkers. This code would prevent the neo-slavery conditions — forced labor without breaks, and without pay, in the hot sun — that dominate farms in the Sunshine State. The company’s management is also rejecting the complaint registry system, where workers could call out supervisors for breaking that code.

Perhaps most importantly, by snubbing the Fair Food Program, Wendy’s says no to the worker-to-worker education program. This program, which Wendy’s apparently believes to be non-essential, would inform workers of their right to water on the job, to a lunch break in the shade, and to report the all too frequent cases of sexual assault at their workplace.

The Fair Food Program is absolutely necessary to prevent the abuse of farm workers in Florida, a real danger highlighted by the discovery earlier this summer of 275 men, women, and teenagers held as forced laborers in horrifying conditions at a tomato processing factory in Mexico.

The United States government formally abolished slavery in 1865. Wendy’s should do its part to really end this terrible practice in our country.