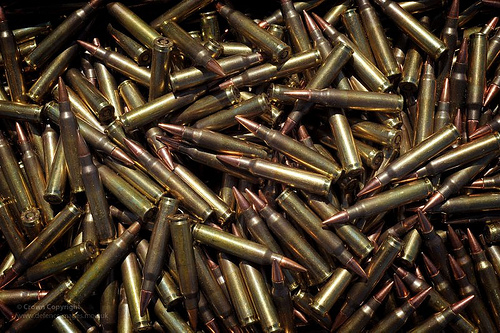 Wakeup Call for the Gun Business

The private equity group that owns a controlling stake in the nation's biggest firearm company announced within days of the Newtown massacre that it was selling that investment.
By Jim Hightower | December 26, 2012

Wall Street financial hucksters can be downright satanic in their pursuit of killer profits, but here’s one that puts its hellishness right in its name: Cerberus Capital Management. In Greek mythology, “Cerberus” is the name of a 3-headed dog that guards the gates of Hell.

This $20 billion dollar private equity outfit found itself in a heck of a fix after the grotesque massacre of 20 school children in Newtown, Connecticut. Cerberus, it turns out, owns a controlling stake in Freedom Group, America’s largest firearms maker. That firm produces the .223 Bushmaster semi-automatic assault rifle used by the murderer at Sandy Hook Elementary School.

The top dog of Cerberus is Stephen Feinberg, a devoted hunter who favors the Remington 700 sniper-style rifle, also made by Freedom Group. Indeed, the NRA has even hailed Feinberg & Co. for supporting gun rights and being “avid hunters and shooters.” 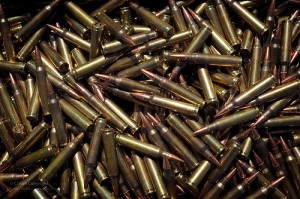 Four days after the horror of Sandy Hook Elementary, however, Cerberus punted, announcing that it would sell Freedom Group. Three factors prompted the sale. One: public exposure of its ownership. Two: a heighted possibility that Congress will ban assault weapons, thus further lowering the gun maker’s profits. Three: pressure from big clients, such as the California Teachers Retirement System — which has $750 million invested in Cerberus, which includes owning a stake in Freedom Group.

What? You can expect equity profiteers to have zero ethical qualms about investing in assault weapons. But teachers? It shouldn’t have taken an event like this to bring that kind of investment to their attention.