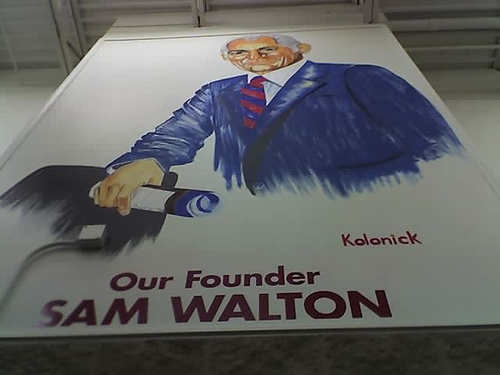 Wal-Mart Scrooges Us All

The nation's largest retailer is passing the cost of health care onto you.
By Jim Hightower | October 22, 2014

Gosh, time flies when it’s pushed along by a jet stream of greed.

It seems like only yesterday that Wal-Mart announced, with much self-congratulatory fanfare, that the super-rich retailing colossus wasn’t a scrooge after all. 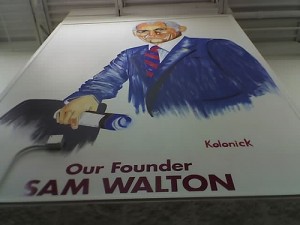 Indeed, while the world’s largest purveyor of stuff was not about to raise its poverty-level wages, it benevolently decided to provide a barebones health insurance plan for some of its 600,000 part-time employees, who make up nearly half of its total workforce.

But quicker than you can spell avaricious, the $476 billion-a-year giant has now decided to renege, saying that as of January 1 it will terminate coverage for employees who work less than 30 hours a week.

Why that particular cutoff? Because that’s when those workers can begin applying for subsidized coverage from the public insurance exchanges created by the Affordable Care Act.

This means that super-wealthy Wal-Mart is piling the cost of its health care obligations onto the backs of its low-wage workers, who will have to try their luck at getting a subsidy from their fellow taxpayers.

So yes, the Big Box chain’s slick honchos are perverting a benefit meant to help low-income families for their own profiteering. But don’t think they’re Dickensian Scrooges coldly abandoning their employees. They say they’re engaging a “health coverage specialist” to guide workers through the process of finding an insurance “alternative.”

Of course, that option will be the one financed by you and me.

Once again, the Waltons — the exploitative multibillionaire heirs to the Wal-Mart fortune — get the goldmine, while workers and taxpayers are stuck with the shaft. As Stuart Appelbaum, the head of the Retail, Wholesale, and Department Store Union said of this latest ripoff, it’s “shameful.”

But shameful is one of Wal-Mart’s core values.