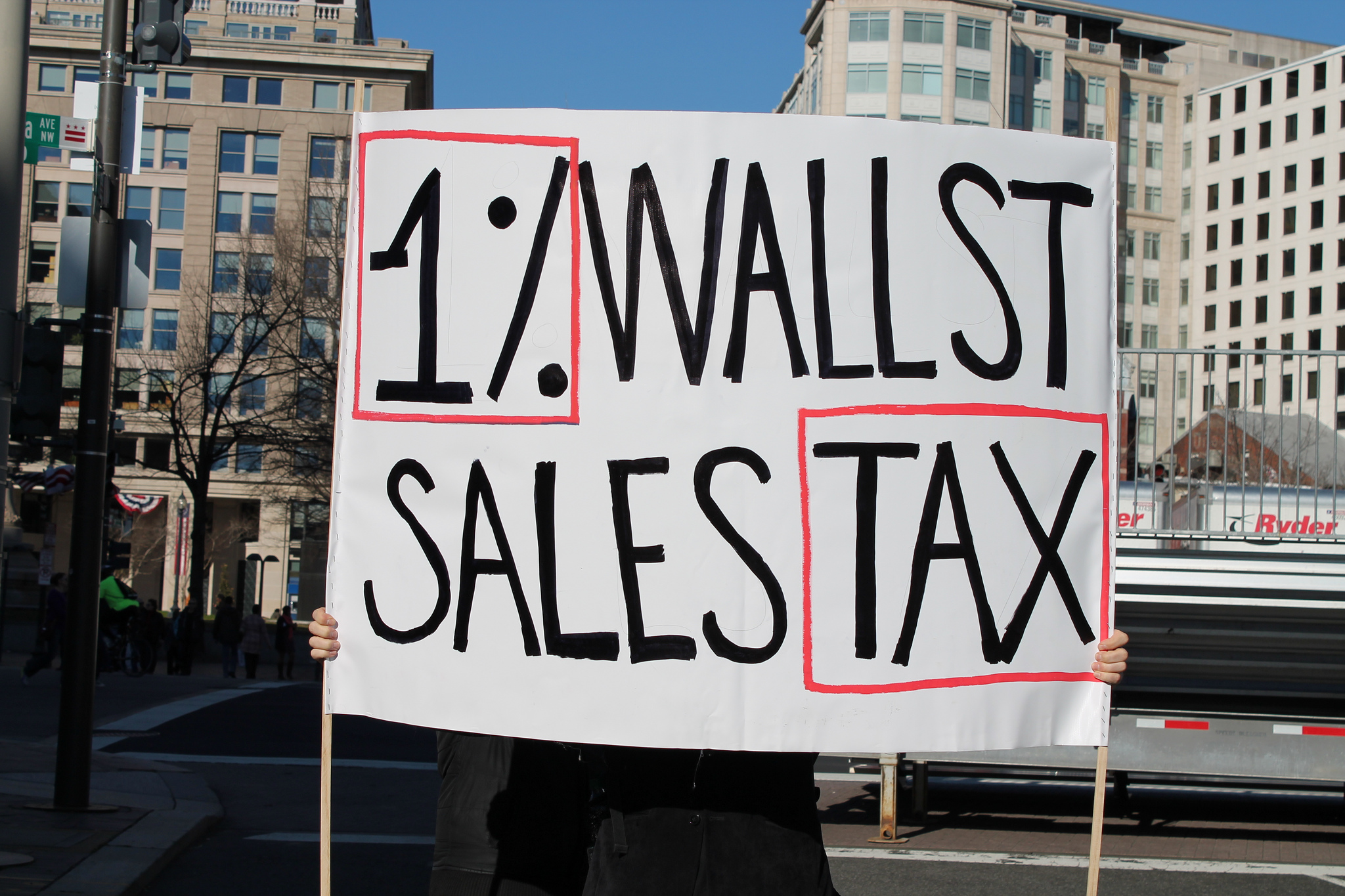 Wall Street Should Pay a Sales Tax, Too

When a high-rolling trader buys millions of dollars' worth of stocks or derivatives, there's no levy at all.
By Sarah Anderson | April 6, 2016

In case there was any doubt, the presidential election fight has confirmed that blasting Wall Street, even eight years after the financial crisis, is still a vote-getter.

Hillary Clinton has said she’d like to jail more bankers. Donald Trump has skewered the hedge fund managers who are “getting away with murder.” And Bernie Sanders has made Wall Street accountability a centerpiece of his campaign.

Of course, financial industry lobbyists aren’t about to take this lying down. In recent weeks, they’ve turned up the heat on lawmakers to block one particular measure that Sanders has mentioned in nearly every stump speech: taxing Wall Street speculation.

Americans are used to paying sales taxes on basic goods and services, like a spring jacket, a gallon of gas, or a restaurant meal. But when a Wall Street trader buys millions of dollars’ worth of stocks or derivatives, there’s no tax at all. 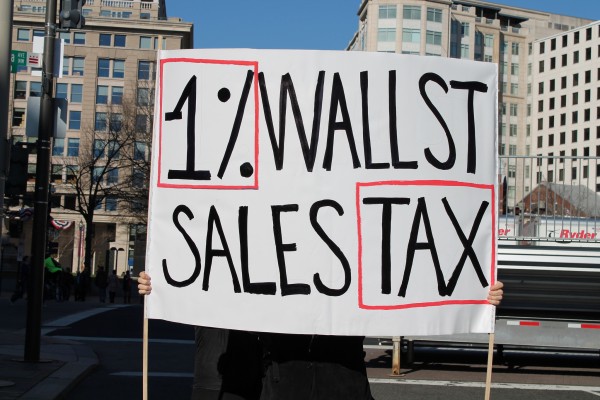 Sanders has introduced a bill called the Inclusive Prosperity Act, which would correct that imbalance by placing a small tax of just a fraction of a percent on all financial trades. It wouldn’t apply to ordinary consumer transactions such as ATM withdrawals or wire transfers.

Wall Street lobbyists are claiming that such taxes would still hurt mom-and-pop investors. The Investment Company Institute, which represents the trading arms of J.P. Morgan, Goldman Sachs, and the leading hedge funds, recently fired off a letter to Congress arguing that a Wall Street speculation tax would “harm all investors, especially middle-income American workers saving for retirement.”

In reality, the type of tax Sanders is promoting would target the high rollers in the financial casino. Because the tax applies to every trade, it would hit the traders engaging in computerized split-second stock-flipping the hardest. That’s a good thing, because that kind of trading makes markets less stable and adds no real value to the Main Street economy.

For ordinary investors in low-turnover pension funds, the costs would be negligible — like a tiny insurance fee to protect against crashes caused by reckless and often automated speculation.

Under the Sanders plan, the tax rate would range from 0.005 percent to 0.5 percent, depending on the financial instrument. By contrast, ordinary sales taxes currently average 8.4 percent.

In addition to discouraging dangerous speculation, such taxes would also raise money that could be spent on urgent needs, like making college affordable and fixing our crumbling roads and bridges.

Since it’s hard to know how traders will react, it’s difficult to calculate exactly how much money we’re talking. Robert Pollin, a professor at the University of Massachusetts-Amherst, predicts the Inclusive Prosperity Act could generate around $300 billion per year in new federal tax dollars. The Tax Policy Center estimates that a financial transaction tax with a slightly lower rate could raise up to $541 billion over 10 years.

More than 30 countries already have forms of speculation taxes that raise billions of dollars per year. These include many fast-growing financial markets, such as the UK, Hong Kong, Singapore, and Switzerland. In the European Union, 10 countries have committed to implementing the world’s first regional transaction tax.

It’s encouraging to see Wall Street lobbyists agitated over the possibility of a speculation tax. It means this option is finally gaining the traction it deserves.