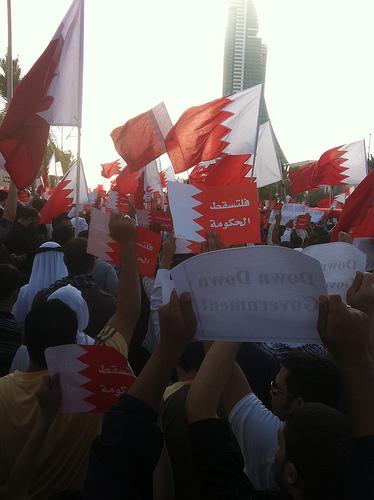 The Arab Spring requires a consistent approach to the shared clarion call of freedom throughout the Middle East and North Africa.
By Adotei Akwei | May 23, 2011

The world is transfixed as the unprecedented events in the Middle East and North Africa unfold. And foreign policy aficionados are equally transfixed as the U.S. government maneuvers between its stated values and sometimes short-sighted security policies. With targeted airstrikes and lofty rhetoric supporting some, but not all, of the brave activists seeking respect for their rights, Washington’s relations and approach with the region are inconsistent and off the mark.

This is a seminal opportunity that the United States can’t afford to miss. The Arab Spring requires a consistent approach to the shared clarion call of freedom from the 300 million-plus people in the 11 countries where significant protests are unfolding. With the escalation of the drone strikes in Pakistan and especially in the wake of Osama bin Laden’s killing, Washington must place itself on the right side of history by unequivocally supporting popular protests with strategic, human rights-centered policies.

The U.S. government has a critical role to play in protecting the virtual town square. Access to Twitter, Facebook, blogs, and the Internet fueled and documented the Arab Spring. But since January, the governments of Bahrain, Egypt, Iran, Libya, Syria, and United Arab Emirates have either tried to restrict Internet access or have detained bloggers. The Obama administration should step up its efforts to promote expanded and unrestricted Internet access and forcefully condemn efforts by other governments to undermine this freedom.

Secretary of State Hillary Rodham Clinton has been a forceful advocate for women’s rights her entire career. The Obama administration can build on that legacy by consistently and unequivocally insisting that the only credible reform processes will be those that fully integrate women. Washington should also press the Senate to ratify the Convention on the Elimination of All Forms of Discrimination against Women, a treaty that’s already in force in 186 countries.

Words and actions are important, but money talks. Congress should fully fund Obama’s foreign aid budget, which funds programs that alleviate extreme poverty, prevent violence against women, and support democratic institutions. At just 1 percent of the entire federal budget, it’s a smart and cost-effective way to promote the rule of law and human rights in a region fighting for those rights.

The U.S. government should also support all efforts to bring human-rights abusers to justice, thereby building a foundation for stable, rights-respecting societies. The UN Security Council referred the situation in Libya to the International Criminal Court (ICC), and Amnesty International has called for Syria to be referred to the ICC, too.

For the ICC to be an effective deterrent, it needs Washington’s full backing. The United States should also support the rebuilding of justice systems throughout the Middle East and North Africa so that national courts can mount fair and credible trials of human-rights abusers at all levels, as well as build the rule of law domestically. There should be no double standards in the region: the United States should also support the U.N. Security Council’s referral of the 2008-2009 Gaza War to the ICC.

The so-called Twitter revolution didn’t happen overnight. Brave human-rights defenders have been working for years, under threats, harassment, and worse. Since mid-January, Amnesty International has issued more than 48 global appeals to protect the people who have peacefully advocated for change in at least 11 countries during the Arab Spring. The U.S. government should support human rights groups that protect activists’ safety and security, and speak out strongly when human rights defenders are harassed or detained.