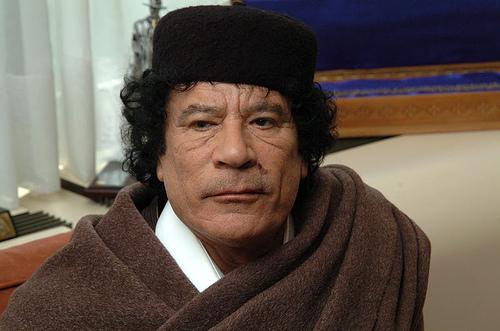 War Criminal? Not Me Boss!

John Demjanjuk? Now there’s a war criminal for you, and we finally got him. Though he had long lived in the United States, Germany just sentenced him to life in prison. Well, at home actually, since he’s too sick for jail and only has a couple months left. There’s no evidence he ever killed anyone, but as a death camp prison guard he saw plenty of folks gassed.

That was 1941, 70 years ago. Somehow war crimes seemed clearer then. We knew when soldiers of one nation massacred civilians of another, or maybe even their own. In the fallout of a war, the winners got to decide who the criminals were. That part hasn’t really changed. Whether it’s Poland compared to Dresden, Chongqing compared to Hiroshima, Baghdad compared to New York, or Misrata compared to Tripoli, what’s a crime and what isn’t depends largely on who wins, who controls the International Criminal Court, and who controls the press. Luckily for us, the West has steady control of them all.

Otherwise this Libya thing could get awkward. An objective tribunal might become quizzical about the world’s most powerful countries assassinating members of another nation’s first family and giving a good go at killing Muammar Gaddafi himself. This at the same time they are already bombing his country to smithereens and setting up their own local government to take over the oil and gold — not to mention seeding the soil with depleted uranium, guaranteed to cause cancer and deformity for generations to come.

Why are we mutilating Libya? Maybe because it has all that oil, gold, and water, a decent standard of living, free college, free health care, an independent banking system, and a penchant for not attending to the desires of London, Paris, Rome, Brussels, or New York. Apparently, Washington can’t let that sort of rogue independence go on, rule of law or not.

Of course Gaddafi, very much like the rulers of Syria, Yemen, and Bahrain, has indeed been brutal toward the citizens who have protested his autocratic ways. But Syria and Yemen have no oil, and Bahrain harbors the U.S. Fifth Fleet, so they will all probably remain safe from Western “assistance.”

Typically, our nation has never been infected with guilt over any of our own dark acts. But we do rightly take umbrage at many of the grisly activities perpetrated by Sudan’s Arab militiamen, Congolese rebels, the Taliban, militant Serbs, genocidal Hutus, al-Qaeda extremists, Cambodian Communists, and others.

Meanwhile a few benighted nations do bridle at our apparently unrepentant use of torture, kidnapping, bombing, regime-change, assassination, invasion, indefinite detention, and other diplomatic unpleasantries.

Conveniently, our domestic laws are as flexible on such matters as the international variety. The Constitution grants only Congress the power to declare war. But, if the president overlooks that nicety, it’s no big deal. To give him a little more breathing room Congress passed the War Powers Act, basically letting him do whatever he wants for 60 days. Well, as it happens we’ve now been whomping Libya for more than three months, with no permission sought by President Barack Obama and only now a growing whimper from Congress.

Further, some House Republicans now want to remove any war restrictions on the White House whatsoever. They’d like to let the president attack whomever he pleases for as long as he wants. The Democrats don’t seem deeply troubled by this easier slide into war crimes either. Neither does the public. Is this a great nation or what?