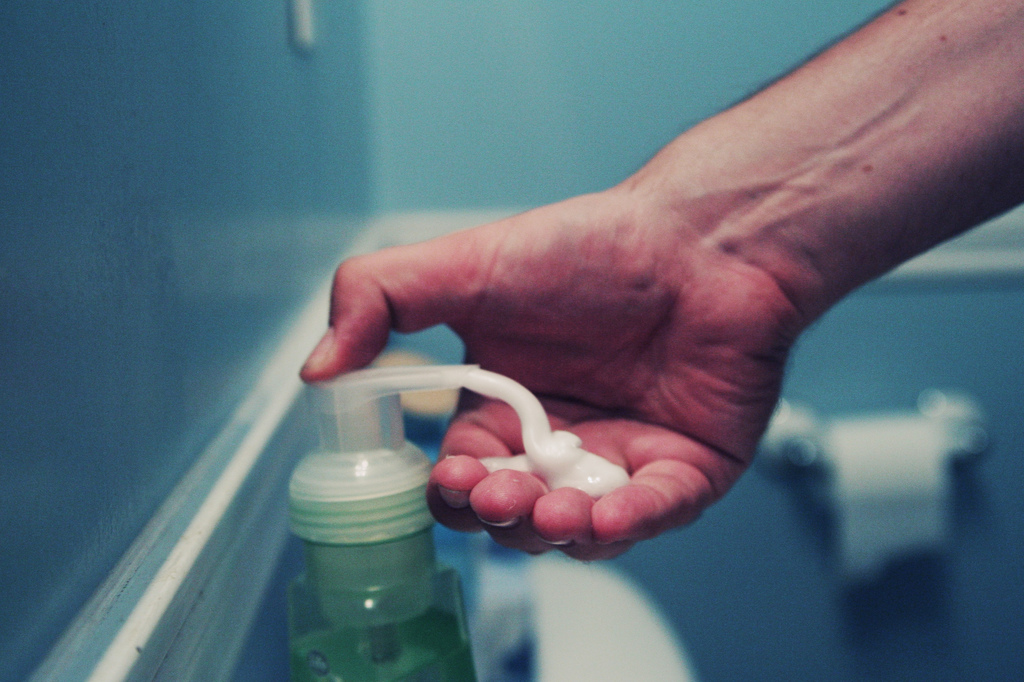 Washing Our Hands of Toxins

The bacteria on your skin is safer than these two chemicals the FDA just banned from your soap.
By Jill Richardson | September 7, 2016

Some people love to hate government regulations. Many believe they’re just bureaucratic barriers that waste our time. But the Food and Drug Administration just passed a new regulation that’ll actually protect us, and may save you a few bucks and an unnecessary purchase at the store.

If you’re one of the millions of Americans who buys antibacterial soaps, you’ve been, at a minimum, duped. But more importantly, you’ve been exposed to harmful chemicals.

Antibacterial soaps sound good. After all, no one wants to imagine their hands teeming with bacteria.

We are utterly covered in microorganisms. That idea grosses us out, and some of that bacteria can make us sick. Kill them all, we think. 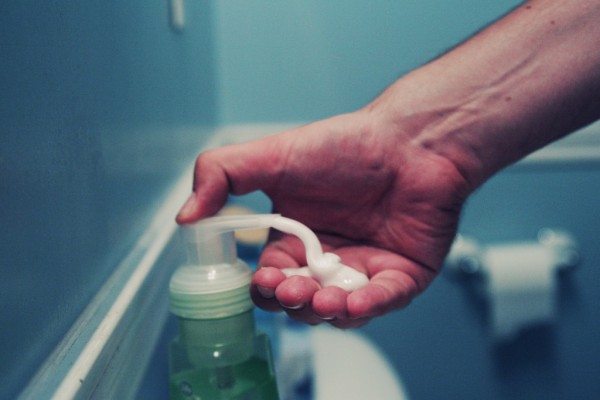 But in reality, we couldn’t survive without beneficial bacteria, some of which help protect our immune system. And antibacterial soaps are no better at preventing disease than regular soap and water.

If you’ve ever purchased soap based on its deadliness to bacteria, you’re a victim of false advertising. But it’s not as benign as that.

You’re also a victim of the harmful chemicals used to make those soaps — triclosan and triclocarban.

In addition to the possibility of helping develop germs that are resistant to antibiotics, evidence suggests that these two chemicals may also disrupt your hormone cycles. And it’s not just your skin. Triclosan can also be found in some toothpastes.

These chemicals continue making trouble even after they’re washed down the drain. They’re released into the environment via effluent from wastewater treatment plants or sewage sludge.

While triclocarban stays intact in the environment for several years, triclosan breaks down into cancer causing dioxins.

In light of their potential harm and lack of benefits, the FDA has finally banned them in consumer products. Although, hospitals and restaurants can still use them.

According to the regulation, corporations have a year to clean up their acts. That means that you might still find these soon-to-be banned chemicals in the store. So for the next year you should still read soap labels to avoid triclocarban and triclosan.

And when you do, keep in mind that despite evidence of their harmful effects, many companies chose not to do the right thing on their own and continued to sell products that contain both chemicals.

That’s why a government regulation acting in the public interest was necessary for us to wash our hands of these toxins.