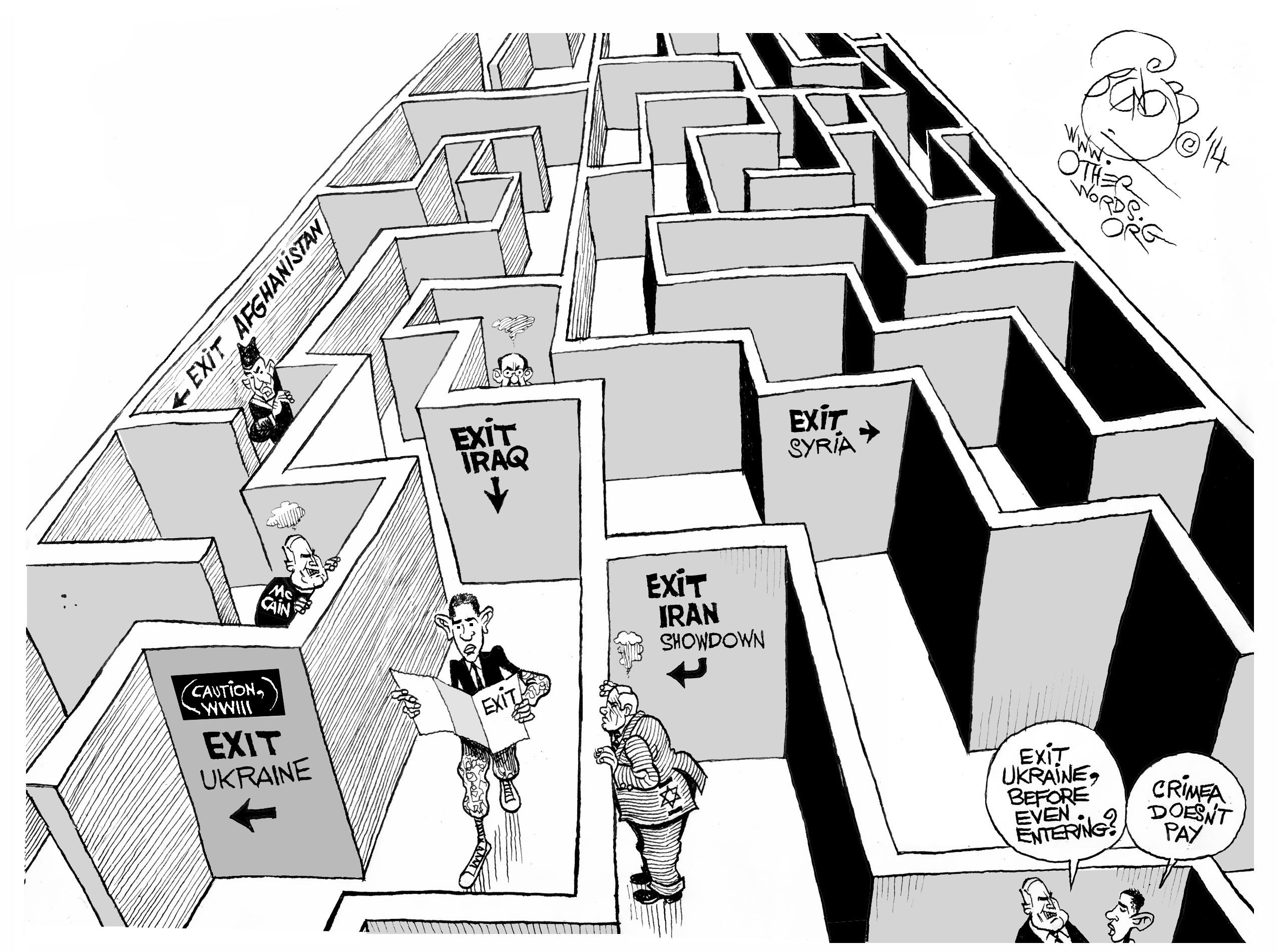 Leave No War Behind, an OtherWords cartoon by Khalil Bendib

It’s hard to get your mind wrapped around Russia’s annexation of Crimea and seizure of Ukrainian military bases there. It was — and many Ukrainians say still is — part of a neighboring sovereign country until mid-March.

And it seemed like Europe had transcended that kind of old-school warmongering. 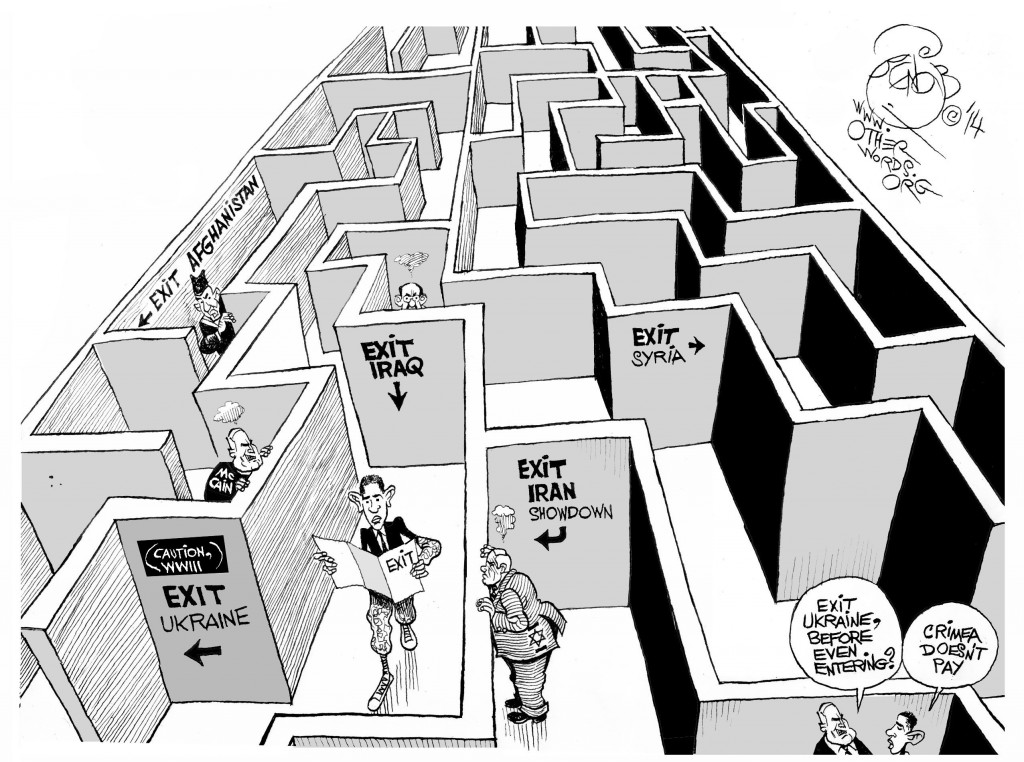 Leave No War Behind, an OtherWords cartoon by Khalil Bendib

Just two years back, the Nobel Committee awarded the Peace Prize to the European Union for ending such conflict on its own turf and “for over six decades (contributing) to the advancement of peace and reconciliation, democracy and human rights in Europe.”

This isn’t turning into World War III — at least not yet. The United States and EU are responding with economic sanctions and talking about ramping them up.

“Our interest is not in seeing the situation escalate and devolve into hot conflict,” White House national security adviser Susan Rice said. “Our interest is in a diplomatic resolution, de-escalation, and obviously economic support for Ukraine, and to the extent that it continues to be necessary, further costs imposed on Russia for its actions.”

Booting Russia from the G-8 cluster of the world’s most powerful nations is one of those “costs.” At least for now, the club is back in G-7 mode.

This newfound inclination to give peace a chance illustrates what President Barack Obama meant during his State of the Union speech when he said, “America must move off a permanent war footing.”

There are other signs that Washington has had it with big wars.

The last U.S. troops left Iraq more than two years ago. American forces remaining in Afghanistan could leave by the end of 2014. Cooler heads (not ours, unfortunately) prevailed in Syria, and Obama seems ready to back away from attacking Iran.

But don’t get your hopes up.

Former Secretary of State Hillary Clinton, deemed by all polls and most pundits to be the Democratic Party’s frontrunner in the 2016 presidential race, just declared that “every other option does remain on the table” with Iran, including military action.

And, unfortunately, the United States remains up to its elbows in less publicized bloodshed and smaller-scale military actions.

Our drones assassinate in Yemen, Pakistan, and Somalia. Our special forces kill in Libya, Honduras, Colombia, Syria, and who knows where else. We have hundreds, maybe more than 1,000 overseas military bases operating in more than 63 countries. No one can really determine how many there are, where they all are, or exactly what they do.

The United States remains by far the No. 1 exporter of weapons. These arms flood many war zones, sometimes on both sides.

In 2012, Uncle Sam started to lavish a little less on the Pentagon, yet still led the world in military spending — forking over about 40 percent of the global war budget.

Just keeping track of whom exactly we’re at war with is a perennial challenge for the American public. We all should realize that people are dying at our hands, but most of us tune out that sad fact.

Likewise, Americans struggle to acknowledge the devastation of our past wars. The mainstream media now seems mystified as to why so many children are starving in Afghanistan after we destroyed its economy.

And our government never truly acknowledged the consequences of spraying Agent Orange defoliant in Vietnam for the locals in remote villages. Four decades later, it still hasn’t officially recognized the damage done to U.S. service members either. Many of them were exposed to the toxic stuff when they either flew or worked with the aircraft that dispersed Agent Orange as a weapon.

Just because this happens to be the world’s most powerful nation doesn’t mean we must also be the most aggressive. The carnage of war, big or small, makes the price of military action too high.

Obama should keep simmering down the Pentagon’s exploits. It’s the best way he can retroactively earn that Peace Prize he won in 2009 for what the Nobel committee deemed to be “his important efforts, on several continents and over more than three decades, to resolve international conflicts.”