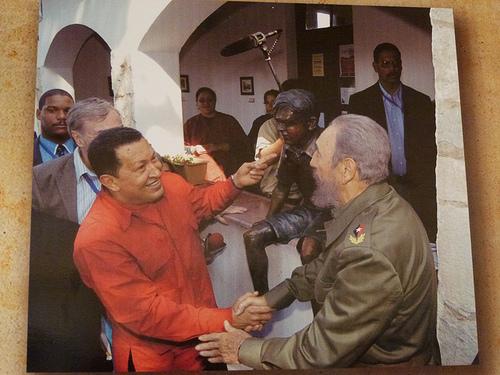 The U.S. military kept the region safe for our business exploits for decades. Beginning in the 1890s, Nicaragua, Haiti, Panama, and other corners of our “backyard” were periodically occupied by nimble U.S. Marine detachments. Later, our nation proudly subsidized Latin American and Caribbean dictators, and the Pentagon supplied their regimes with counter-insurgency training. Throughout the Cold War, our federal budget included big bucks that the government funneled to autocratic thugs who expressed respect for democracy as they “disappeared” leftist activists.

Washington has grown more sophisticated. The Marines gave way to Special Forces. The National Endowment for Democracy now parcels out our tax dollars to the region’s “non-profit” pro-business organizations. 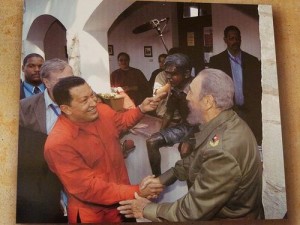 Sure, Washington hasn’t called all the shots in Latin America and the Caribbean for more than half a century. The Bay of Pigs debacle failed to bring Cuba back into our sphere of influence and the Contras didn’t accomplish all their reactionary goals in Nicaragua. But now, things have really changed.

Even when he was weakened by chemotherapy and a series of operations, our agents in Caracas couldn’t force Hugo Chavez to step down. The Venezuelan leader, who is running yet again for re-election and first took office in 1999, recently declared that he’d defeated the cancer that seemed bound to kill him. Argentina, Brazil, Ecuador, Bolivia, and Uruguay have all veered leftward. Along with this increasing political independence from Uncle Sam, Latin American countries are diversifying their trade and becoming far less reliant on U.S. markets.

This independence can frighten a country accustomed to calling the shots, and not just the government. In late July, The Washington Post ran a lengthy opinion piece disguised as straight reporting by Juan Forero, which decried the “autocratic” threat posed by Latin America’s new wave of “charismatic populists.”

Oddly, that article didn’t dwell on the hemisphere’s newest and most clear-cut kind of attack on democracy: parliamentary coups. Juntas are out, and law-breaking lawmakers are in. Unruly legislators ousted Fernando Lugo, Paraguay’s democratically elected president and a former Catholic bishop, earlier this summer. They were following a formula that debuted in Honduras during the summer of 2009, when masked soldiers hauled Honduran President Manuel Zelaya into a plane headed out of the country — without even letting him change out of his pajamas.

The Obama administration’s response to both parliamentary coups was distinctly mealy-mouthed. “We have been closely following events in Paraguay,” the State Department muttered after Lugo got booted from power. Latin American leaders, meanwhile, are vociferously condemning the rapidfire way he was “impeached.” Notably, MERCOSUR suspended Paraguay — a founding member of that South American trade bloc — and then welcomed Venezuela as a full-fledged member.

Three years after Zelaya’s ouster, Honduras is one of the world’s most dangerous countries, especially for the practitioners of democratic discourse. Its free-for-all capitalist order features regular attacks on farm cooperatives and murderS of union organizers, human rights activists, and journalists. And bloodshed driven by drug trafficking and U.S.-funded efforts to stamp it out is out of control.

Faced with the alarming upheavals in Paraguay and Honduras, President Barack Obama proceeded no differently than we would have expected had George W. Bush been in the White House. That’s no surprise. Whether a Democrat or a Republican rules the roost, Washington doesn’t mind when old-school brutality rears its ugly head in Latin America. And it’s always leery of those charismatic populists.

Emily Schwartz Greco, the managing editor of OtherWords, covered Latin American finance and U.S. foreign policy toward the region for the Dow Jones and Bloomberg news services. Columnist William A. Collins is a former state representative and a former mayor of Norwalk, Connecticut. otherwords.org