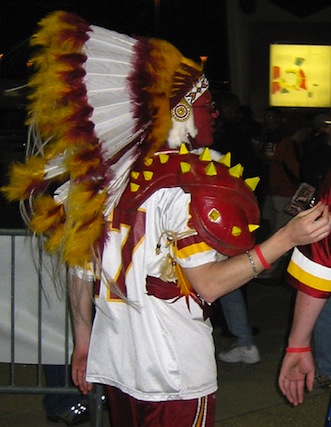 The football team of the nation's capital region needs a new name that's not a racial slur.
By Marc Morial | October 23, 2013

On a recent Sunday, as Dallas and Washington revived their annual NFL football rivalry, they also landed in the middle of an escalating fight over the Washington football team’s name.

As part of its “Change the Mascot” campaign, the Oneida Indian Nation is running radio ads in Dallas and the other cities where the Washington football team is playing this year. The Oneida are calling for a new name to replace the “R” word. 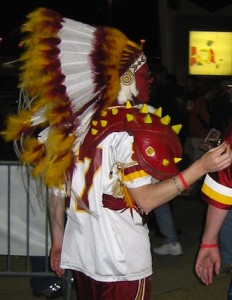 “It is time for Washington’s NFL team to stop using a racial slur,” one of the ads announced.

The Oneida’s push is in synch with a larger movement among civil rights organizations and political leaders from both the left and right. The team needs a new name.

Even President Barack Obama finally weighed in. “If I were the owner of the team and I knew that there was a name of my team —even if it had a storied history — that was offending a sizable group of people, I’d think about changing it,” he said.

Obama added that he didn’t “know whether our attachment to a particular name should override the real, legitimate concerns that people have.”

Dan Snyder disagrees. The owner of what’s increasingly being called “the Washington football team” has vowed to never change its name. In a letter to season ticket holders last week he called the name, “a badge of honor.”

The controversy has now spread to the NFL’s top echelons.

“If we are offending one person, we need to be listening and making sure that we’re doing the right things to try to address that,” NFL Commissioner Roger Goodell recently said. And officials of the Oneida Indian Nation and the NFL will meet soon to discuss the issue.

Consistent with our commitment to equality and the dignity of every human being, the National Urban League stands with all those demanding the Washington football team stop using the R word.

“Let’s be clear, the R word is defined in the dictionary as an offensive term,” Ray Halbritter, leader of the Oneida Indian Nation, recently explained. “It was the name that was used against our people when we were forced off our lands at gunpoint. So it is has a sordid history and it’s time for a change.

“History is littered with people who have vowed never to change something — slavery, immigration, women’s rights,” Halbritter continued. “We think one thing that’s really great about this country is when many people speak out, change can happen.”

Strangely enough, Dallas played Washington on the eve of Columbus Day, another reminder of the legacy of discrimination and oppression inflicted on Native Americans.

Demanding the Washington football team remove the “R” word from its name is simply a request for respect.

As the Oneida Indian Nation radio ad states, “This country may be politically divided…but we should all be able to agree that racial slurs are unacceptable and they shouldn’t be used to market this country’s capital city. We deserve to be treated simply as what we are: Americans.”